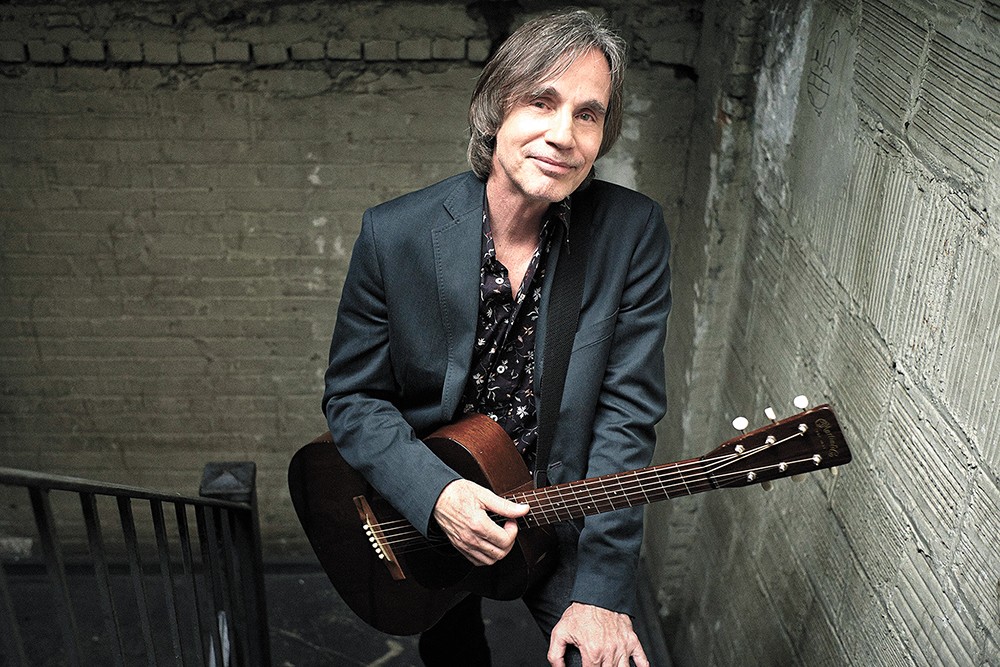 If you're an Inland Northwest music fan worth your salt, you've got the dates of the Festival at Sandpoint circled on your calendar every year. The annual event is known for bringing big names to War Memorial Field, with a diverse lineup that leans toward bands mixing up genres in unexpected ways.

Here are the headliners we're looking forward to in the next couple weeks; see festivalatsandpoint.com for information on the annual family concert and the closing night spectacular.

Nathaniel Rateliff and the Night Sweats

Denver music fans have been on the Nathaniel Rateliff bandwagon for years now, but word has gotten out, and now enthusiasts of roots music are wise to the fact that he's the real deal. The singer-songwriter's profile was raised considerably when he put together his backing band the Night Sweats in 2013, and they've since been perfecting their irresistible blend of old-school R&B, blues-rock and soul. Regardless of how you describe the sound, it's pretty much a guarantee that you won't be able to stop dancing. With Lucius. $59.95. 7:30 pm.

Walk Off the Earth

Walk Off the Earth is one of those acts that translated internet virality into festival headlining slots. The Canadian group first attracted notoriety on its YouTube channel, where its quirky covers of hit songs — particularly a take on the Gotye/Kimbra single "Somebody That I Used to Know," viewed millions of times — eventually led to a deal with Columbia Records. They've also got a wealth of original material, which captures the singalong-ready nature of their covers you already know by heart. With the Shook Twins. $44.95. 7:30 pm.

He's been a rock luminary for decades, but Jackson Browne got his start as a teenage songwriter, penning classic tracks like the Eagles' "Take It Easy" and Nico's "These Days." It was as a solo artist that he really found his voice, racking up hit singles with "Doctor My Eyes," "Running on Empty" and "Somebody's Baby," and his 1974 album Late for the Sky is one of the most influential singer-songwriter albums of the period. This show is sold out, but perhaps you can snag some tickets through third-party sites. Sold out. 7:30 pm.

Like its name suggests, seeing Lake Street Dive is akin to wandering into a nondescript watering hole and encountering an in-house band that knocks your socks off. They've developed a cult following in the 15 years they've been active, making a name for themselves with their slick musicianship and tireless work ethic. Perhaps that's not much of a shock, considering its members are all classically trained jazz musicians, but what will surprise you is how lithely they're able to seamlessly morph from one funky sound to another. With Darlingside. $49.95. 7 pm.

What a journey the Avett Brothers have been on, transforming from under-the-radar critical darlings to adored arena-fillers over the last two decades. Buoyed by the folk sensibilities and honey-dripping harmonies of Scott and Seth Avett, their sound merges the old school with the new, contemporary songs that ache with the bleeding-heart pathos of a generations-old traditional. They're scheduled to drop a new album called Closer Than Together in the fall, so expect to hear some brand new tracks amidst all the old favorites. With Che Apalache. $74.95. 7:30 pm.

Kool and the Gang

Do these guys really need an introduction? They've been bringing the funk since the mid-'60s, but they're probably best known for their '70s and '80s output — "Jungle Boogie," "Ladies' Night," "Get Down on It" and the No. 1 hit "Celebration," which we can bet you've heard at every wedding, birthday party, bar mitzvah and backyard barbecue you've ever been to. Their live shows are famous for filling the stage with musicians, and some of its founding members, including Robert and Donald Bell, are still kicking it. With Leroy Bell and His Only Friends. $64.95. 7:30 pm. ♦