Lucky Them is a perfectly Seattle rock ’n’ roll movie 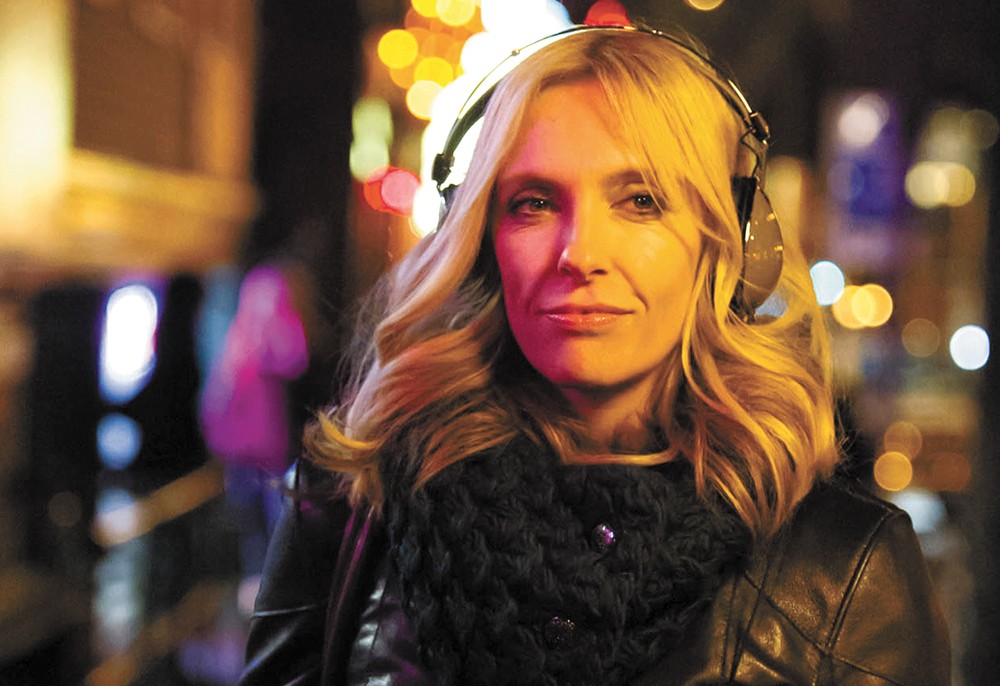 Toni Collette shines as a rock critic in Lucky Them.

It’s been too long since the last good rock movie came along. Not just a movie that features a lot of good music, but one that makes you remember why you love rock ’n’ roll.

This isn’t to say there’s not some excellent tunes in Lucky Them, a charmingly funny film set and shot in Seattle and directed by Seattleite Megan Griffiths (Eden). Toni Collette stars as Ellie Klug, a music journalist at a struggling magazine whose editor (Oliver Platt) sends her out to track down a long-disappeared songwriter. The rub is that this elusive rock legend, Matthew Smith, happens to be her ex-boyfriend, who left her as high and dry as he did his many fans.

Ellie drinks her whiskey neat and spends more time sleeping with her subjects than she does actually turning in stories on them. This, among other self-destructive behaviors, is why Ellie is going to get fired if she can’t track down her ex and write a blockbuster story about where he’s been all these years — if, indeed, he’s actually still alive. Along the way, she teams up with a bored millionaire (a hilarious Thomas Haden Church) who has decided to become a documentarian and wants to follow Ellie around in an RV because he’s heard that filmmakers all have RVs.

The movie’s Seattle setting and localized name-drops will warm the hearts of anyone who spent any time in that city’s music scene, and serves perhaps as a needed reminder for those who’ve forgotten Seattle’s place in the history of rock music. It works on a broader level, too, as it addresses the impact of music on its fans.

Collette is perfectly believable in her role, projecting the pain of love lost while remaining perfectly funny and quirky. She carries a story that’s breezily paced and gorgeously shot, even if the milieu is Seattle gray almost throughout. It would be a high crime to ruin the surprise at the end of the film when we finally get a glimpse of this rocker. Let’s just say the reveal is worth the price of admission alone. ♦

Lucky Them is not showing in any theaters in the area.