NEWS: Portland-based stand-up comedian Mohanad Elshieky was interrogated on a Greyhound bus in Spokane by Border Patrol agents — despite the fact that the City Council passed an ordinance last year to prevent the practice. Daniel Walters has more.

NEWS: The tension between Spokane Police Chief Craig Meidl and the Office of the Police Ombudsman — his official civilian watchdog — over a series of ongoing disputes continues to ratchet up. Members of the OPO Commission have hired a lawyer and are exploring legal action.

MUSIC: Norah Jones, a popular jazz singer-songwriter and pianist, will be playing at the Fox Theater in Spokane on Jul. 26. Tickets go on sale on Feb. 1. 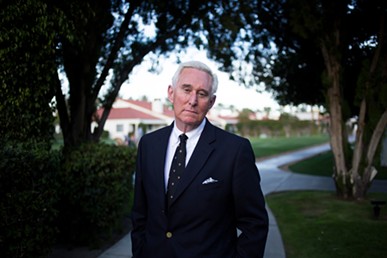 Hasty departure
U.S. President Donald Trump has ordered a withdrawal of American troops from Afghanistan and peace talks are underway with representatives of the Taliban. Experts worry, however, that a rapid pull-out from the nearly two decade-long conflict could delegitimize the Afghan government and allow the Taliban to recapture the country in its entirety. (New York Times)

Unable to stand trial
A former Spokane County Sheriff's deputy under investigation for murders of three women back in 1967 died in his home in Alabama before deputies could arrest him after a decades-long investigation. (Spokesman-Review)

No peeping
Last night, the Spokane City Council unanimously voted to keep cameras out of the break room at City Hall. The alleged purpose of the cameras was to monitor purchases at a new self-serve food lunch counter. (Spokesman-Review)