A Northwest filmmaker couldn't get competitive log-rolling off his mind, so he made a film about it 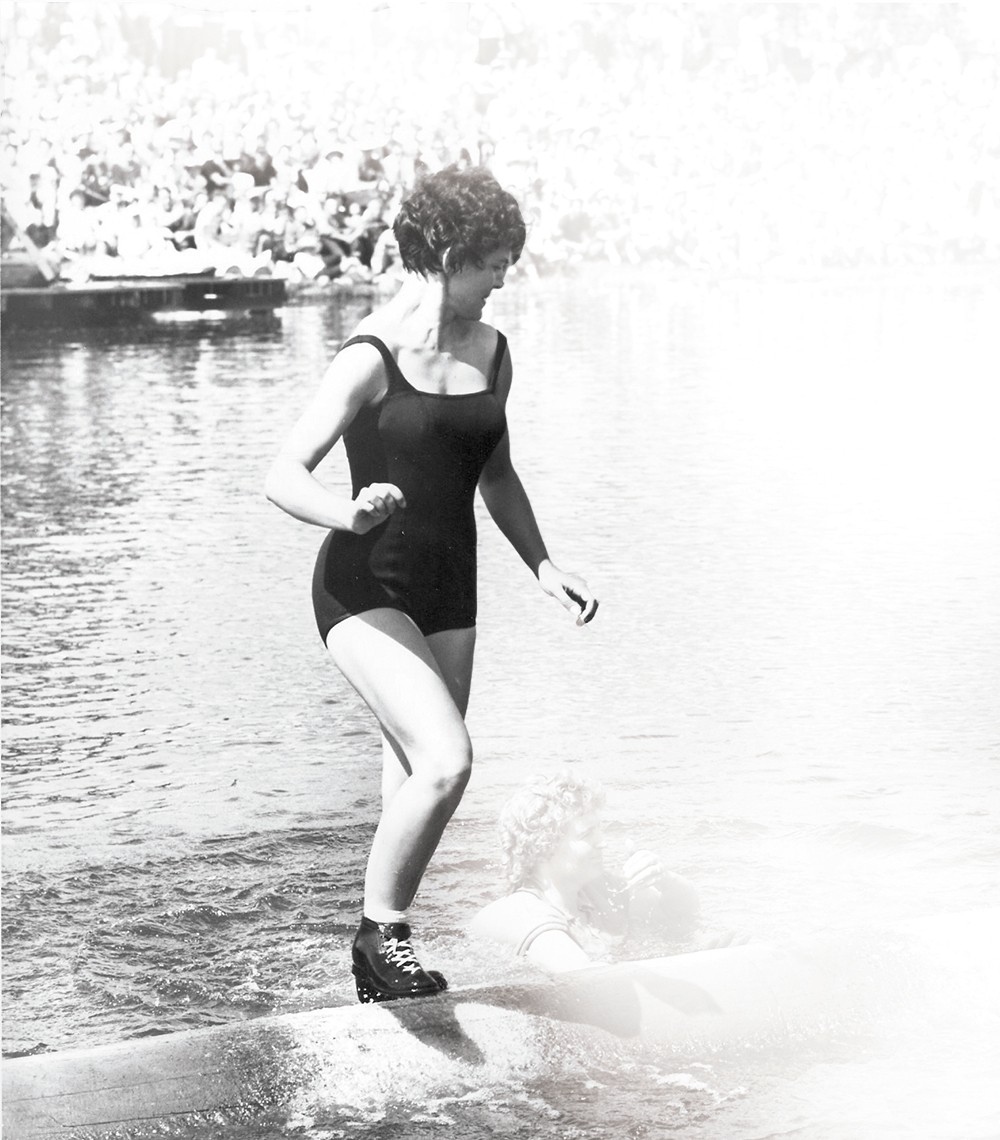 The four women had a lot in common.

Besides being from the same small Idaho town, they were petite, lightning-fast and fearless. Most of all, they were fiercely determined.

Those traits, paired with unwavering encouragement and support from their coach, are what made Bette Ellis, Barbara Peterka, Cindy Cook and Penni McCall top-notch competitive log rollers. Between the four of them, they brought home 11 log-rolling world championship titles over 14 years between 1958 and 1972. "Roleo queens," people called them.

But even if there was a perfect storm of coaching, location, timing and determination, how did they do it? And why? David Jones, a Bend, Oregon-based filmmaker, couldn't shake his curiosity after learning about Lewiston's unlikely title as the unofficial "log-rolling capital of the world."

Long before the reign of the Lewiston roleo queens featured in Jones' debut documentary Queens of the Roleo, one of two regionally made, feature-length films at this year's Spokane International Film Festival, log-rolling was a pastime for lumber towns. The fastest and most efficient way to transport felled trees to the mill was down a river into a holding pond. For fun, sometimes the men would pair up and each take to an end of a floating log. Then, walking and eventually running to get the log turning in the water, they'd compete to see who could stay on the longest.

Fresh out of college in the late 1970s and working as a television news reporter in the Idaho mill town, Jones didn't make it to Lewiston in time to see the champion women in action. He'd heard about competitive log-rolling before from a friend, but thanks to his wife — a Lewiston native who had a better recall of the sport's golden years — Jones' fire was reignited a few years ago.

"I thought, 'That's really impressive,'" Jones says. "I'd lived [in Lewiston] for a while, and wondered why I didn't know about this when I lived there. I had to learn more about the story."

Diving into research on the champion "birlers" — the term for log-rolling athletes — Jones tracked down Bette, Barbara, Cindy and Penni, as well as their coach Roy Bartlett, a lifelong resident of Lewiston.

Bartlett worked as a "pond monkey" — the nickname for the men tasked with the crucial and dangerous job of shepherding logs at the end of the drives — for the Potlatch Corp. mill in Lewiston, and was an impressive birler himself.

"I did a blind call and just called him before I was even prepared to say anything, and Roy answered," Jones recalls. A couple of weeks later, Jones found himself sitting across from Bartlett inside the 87-year-old's modest Lewiston home.

"The dining room table was piled with scrapbooks and trophies and pictures, and I thought, 'Oh, this was the story.'"

As each of the four women champions reveal in the interview-style documentary, it was because of Bartlett's passion for log-rolling that any of them ever went far in the obscure sport, practiced far less today than during their rise to success.

"I hope that people can appreciate a sport that, at least in this region, no longer exists like it once did, and that it was a huge part of the fabric of our culture for a long, long time," Jones says. ♦