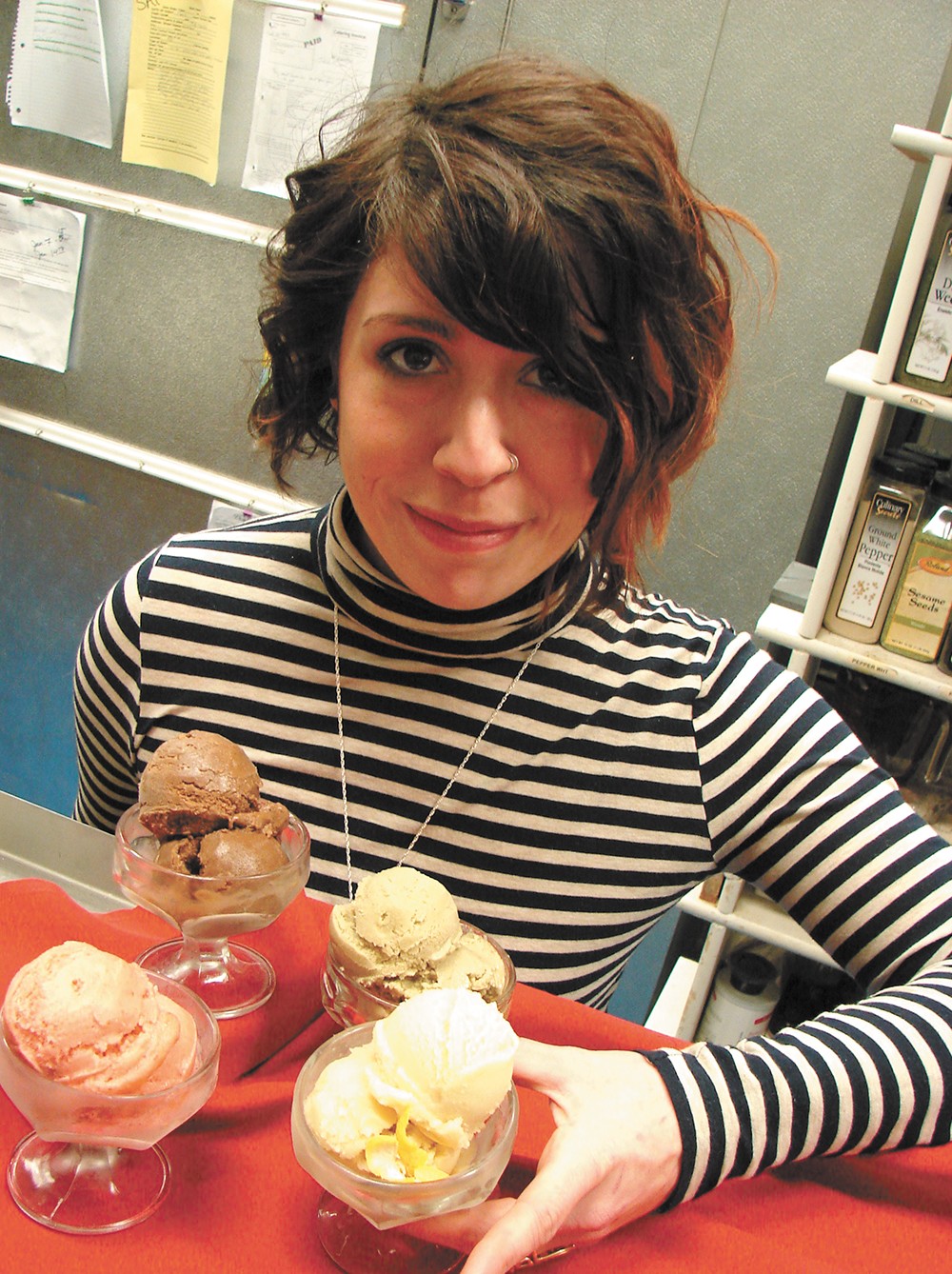 With her background in Romance languages,

Noelle Otersen knows how to say "gelato" correctly. But she also knows how to make gelato. And sorbet. And ice cream. And she's turned that passion into Euphoria Frozen Desserts, a modest startup that's gaining traction with several Coeur d'Alene-area restaurants.

Otersen got started at Pilgrim's Market, where she learned to make ice cream. She especially liked putting her own spin on classics and constantly queried friends, family and customers. That caught the attention of a former manager, who taught Otersen how to make gelato, a denser version of ice cream that employs more milk than cream and fewer eggs by comparison.

A conversation with a chef friend led to her first customer (and her departure from Pilgrim's). At 315 Martinis and Tapas, Otersen shares kitchen space in exchange for making the restaurant custom flavors like the four we taste-tested: chocolate banana and a lemon bar gelato, as well as strawberry champagne sorbet. Her avocado coconut lime — made with vegan-friendly coconut milk — is typical of her innovative approach to flavor.

"I like to be able to say the recipe is mine," she says, noting that ingredients are locally purchased and organic and everything is made from scratch, including her own base, syrups and flavorings. She typically uses less sugar than what you might find in commercial gelato.

"If you use less sugar, the actual flavor stands out more," says Otersen.

Her clients include The Fork at Lakeside, for which she makes spumoni and mocha almond fudge gelato, as well as both peach champagne and basil lime sorbet ($3.50). Syringa Japanese Café & Sushi Bar and nearby Garnet Cafe have Otersen create custom flavors for special events Otersen hopes to soon have her own shop.

"Gelato lets me have fun and give people something tasty that they won't find somewhere else," she says. ♦