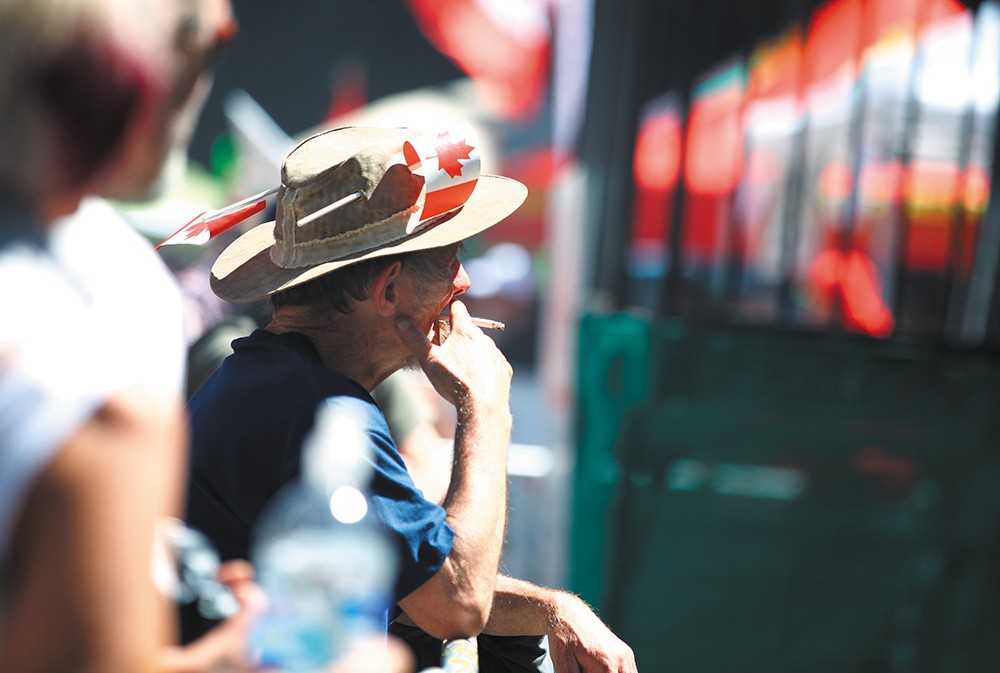 Canada beat us to it.

Our ally to the north went legal with the stuff officially on Oct. 17, making it the only country in the Northern Hemisphere with federal laws allowing the consumption, purchase, growth and sale of marijuana for its citizens. While weed has been decriminalized and used for medicine widely around the world, the only other country to sanction all-out legalization is Uruguay.

Think of it like Washington and Colorado in 2012, but the whole country. Cool... But! The Canadian cannabis biz is only in its infancy, and it's hard to tell what its future is. It is important, however, to understand that Canada has been on the forefront of medicinal marijuana for years now. But recreational use?

Here's what U.S. and Canadian media have been reporting lately:

Investments in the business are apparently going nuts. "Canada's Investment Banks Are Big Winners in Marijuana Boom" declares a headline from the Wall Street Journal: "Investors are piling into the sector ahead of Canada's legalization of recreational marijuana use in October. Market values have ballooned, leading some to draw comparisons to last year's bitcoin rally and the tech stock bubble of the late 1990s."

As the industry matures, investors — including those in the U.S. where marijuana is still illegal — might lighten up on pot, the Journal says.

Marijuana investment in Canada could mean good things for its economy, but not all of its citizens are exactly thrilled with the idea. As you can imagine, older, more conservative Canadians are worried, while younger, progressive, entrepreneurial Canadians see a bright future in the near future, the New York Times reports from Montreal.

Meanwhile, the country's thriving "illegal medical dispensary" market appears to be the biggest pain in the newly legal industry's side. Long before legalization was announced, unauthorized dispensaries have been "peacefully breaking the law," selling unregulated weed from storefronts to anyone who comes in, Rolling Stone reports from Toronto. Authorities have raided some dispensaries, but as of Oct. 17, who's breaking the law? Federal law in Canada is unclear, though unauthorized sellers in Nova Scotia could face $10,000 fines, according to the Canadian Broadcast Corporation.

For instance, the Trump administration recently approved the importation of certain marijuana products into the United States from Canada for research purposes (something domestic producers have not yet been allowed to do). However, Canadians who use, work or invest in marijuana could face lifetime bans at the border, according to an article in Rolling Stone in September.

Plan on crossing the border?

Best bet is to toss out any weed you might have in your car. Even if it's medicinal, Len Saunders, an attorney in the sleepy border town of Blaine, Washington, tells the Canadian Broadcasting Corporation.

Robbers who attacked a weed store in a Canadian town east of Toronto were repelled by the "Bong Ninja," aka Joshua Lewis-Briant, in September, VICE News reports. Charging through blasts of bear mace, Lewis-Briant grabbed a bong from the shelf of the shop and met the attackers head on. Instant legend. ♦

The original print version of this article was headlined "Sorry Yanks, Canada First"