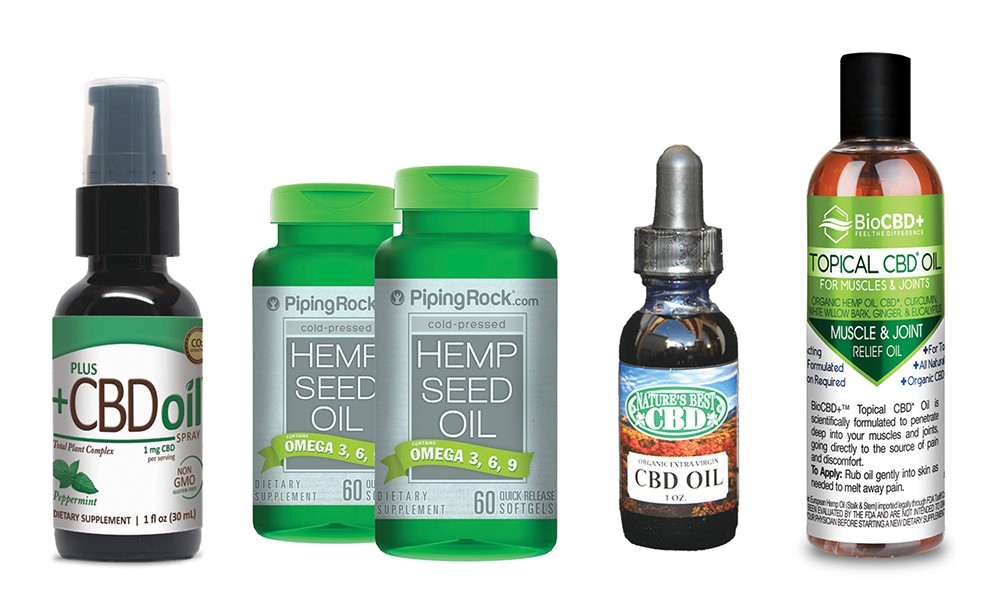 Some of the CBD oils currently on the market

There's a new rub-on pain reliever around. If you're just hearing about cannabidiol – also known as CBD — but are still on the fence because of its connection to marijuana, fitness guru Ben Greenfield would like to put your mind at rest.

Greenfield, who makes his home in Spokane Valley, is the author of the New York Times bestseller Beyond Training: Mastering Endurance, Health & Life, and, in 2008, was voted the National Strength and Conditioning Association's Personal Trainer of the Year.

"I recommend CBDs to reduce inflammation post-workout, to reduce any toxin-related inflammation and to improve hormonal balance in the body," Greenfield says, noting he's also rubbing CBD on his sore shoulder at the time. "In higher doses it's very useful for sleep, stress and managing depression."

Because topical CBD preparations may be manufactured so that they contain little or no THC (the chemical compound that produces a "high" in marijuana), Washington state law permits them to be be sold outside of marijuana dispensaries.

"We've been carrying CBDs at Main Market for quite a while. But I think customers are just beginning to hear about its benefits and are seeking it out," says Jill Herrera, the wellness manager at Spokane's Main Market Co-op.

She's using a CBD tincture herself these days due to an ankle injury. "I rolled my ankle badly while I was dancing," she says sheepishly. "It was totally black and blue and really swollen."

She started out using ibuprofen, she says, but worried about its long-term effects on her stomach.

"I still wanted some relief from the swelling and the pain. I take the CBD tincture several times a day — and that's key. As with any herbal medicine, you have to follow the directions and, if you're in an acute state, take it several times a day."

In addition to Main Market, marijuana dispensaries and other cannabis retail stores sell CBDs in topical form, as a tincture or as a transdermal patch.

"They use it for conditions like eczema and restless leg syndrome," McHenry says. "And I see more older people using topicals as a monthly medicine."

So is there much science to back up CBD as an topical treatment? As with most claims related to marijuana or hemp-based products, although anecdotal reports and testimonials abound, rigorous research about the products is still scant. ♦