The eighth time is really not the charm for the long-running Fast and Furious franchise, which is dumb enough to drive a critic mad 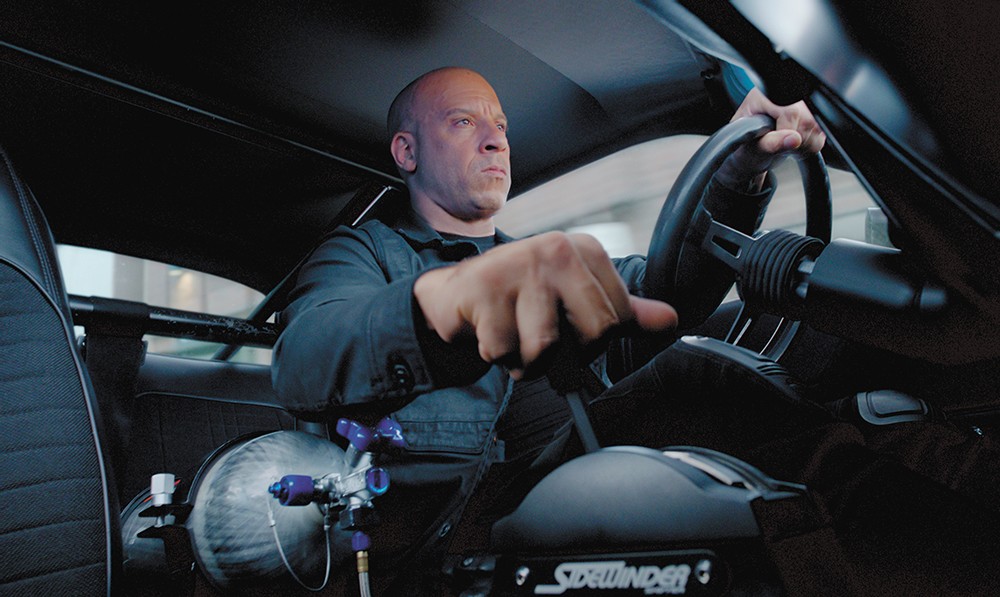 Vin Diesel steers the franchise into way too many genres in the latest Furious flick.

What's the point? No one cares what we think anymore! If they ever did. Critics, film nerds, cineastes, reviewers, whatever we are. We're all biased, right? We hate the things that "real" movie fans love, right? Critic-proof, they said! Proof that critics are out of touch, they said! Opening weekend tracking says a hundred mil, or something crazy. I don't know. I just don't know. Why bother?

It's like a tease — a big tease — in F8 ("fate" — get it?), how it opens with some street racing in Havana. Havana, of all places. Cuban car culture, cool old cars so great that, out of necessity, impoverished car lovers have had to keep them going with spit and paper clips. It feels like the first Fast and Furious movie, back-to-basics street racing, with real cars, until Vin Diesel is driving a car that is on fire, and he still wins the race. Of course he does! And then he's beneficent in his triumph; he's like the Jesus of street racing. Please kill me now.

So that's kinda the legacy of the original movie, just chewed up and thrown away, and you know it's going to be so ridiculous from then on. I mean, this is a movie about street racers and petty criminals who are now, like, the greatest secret agents in the world and only they can stop World War III, and if that's not the best example yet of the death of expertise and the disdain for experience and authority, I don't know what is.

It's barely coherent. It's just stuff edited together from a dozen different movies, all from different genres, and no one cares. Is it meant to be funny? I don't know, but it's so serious. Like, how can that even be? "I'll grab the team and meet you in Berlin" so we can find that stolen EMP device? Who says that, except, like, Jason Bourne? God, an EMP doesn't even work like that! This one is supposed to be able to take out a whole city and then it can't even futz up a single helicopter?

OK, sure, it's cool that the villain is a woman — Charlize Theron with dreadlocks — and she's so cyber-badass that "even Anonymous won't mess with her." But she has to be able to read minds in order to know how to sneak her way into the plot, and how is that even possible? It's like all the cyber stuff is the new magic.

Michelle Rodriguez also seems to be able to read minds, but she's still dumb enough to wear nothing but a little tank top and a thin leather jacket for the finale in the Russian Arctic, where they have to stop a nuclear submarine. Something about nuclear codes that Charlize stole, but it's been days, and wouldn't they just change them once they know the codes have been stolen? They have to stop a submarine with nothing but high-performance sports cars, which are probably not the best choices for icy places with no roads, but what do I know? Fast and Furious on ice. Oh dear God, don't give them any ideas!

The camera is all up in women's asses, but the villain is a woman, and there are lots of brown people here, so it's all progressive and diverse. It's junk, but it's progressive junk. I guess that's something. ♦

The Fate of the Furious is not showing in any theaters in the area.