Trees in court, computers in classrooms and getting out of Europe 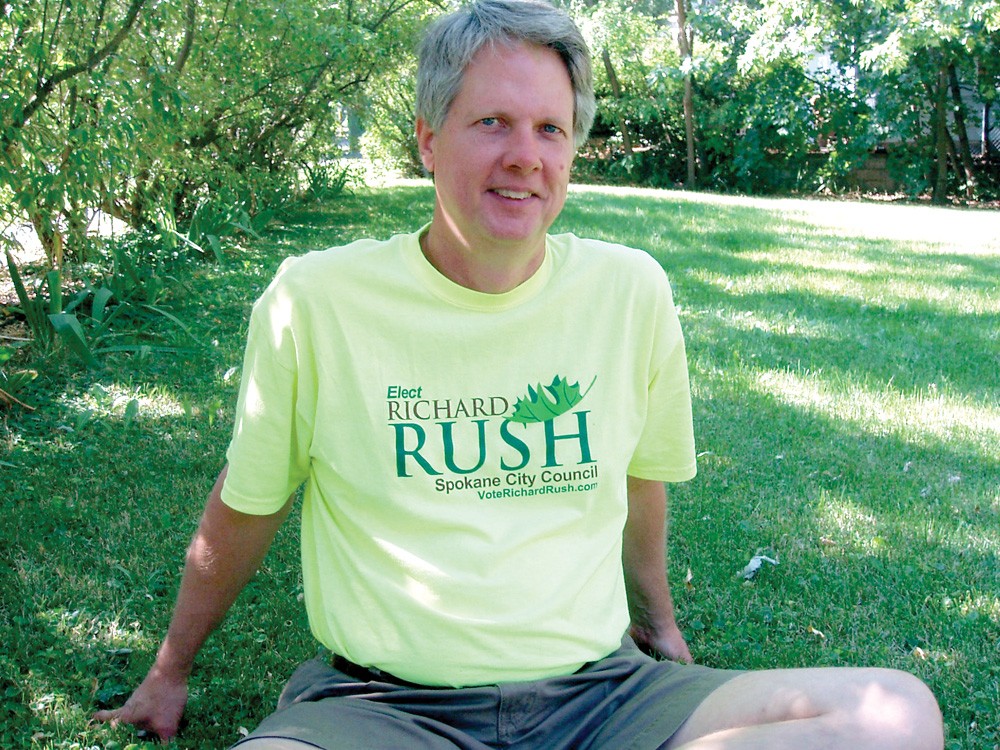 More than a month after the election, and after discussions of hand-recounting every ballot cast in his district, Spokane City Councilman Richard Rush conceded his race for the District 2 council seat to challenger Mike Allen this week.

“It became clear that that the possibility of a hand recount affecting the outcome of my race was slim to none, and it just didn’t seem like money well spent,” says Rush, who added that he hasn’t figured out his plans for after leaving office. The recount was to be paid for by the county’s Democratic Party.

But before he departs the council at the end of the year, Rush has proposed sending a proposition to voters that would end the city’s taxes on water, sewer and garbage service.

“The utility taxes are the most regressive,” Rush says of his proposition, which would take $32 million out of the city’s coffers. “If you blow a $32 million hole in the general fund, I feel smart people will rally and go to the legislature and find a … smart solution that will not be utility taxes.”

And he has only one more council meeting to get his proposition through.

Suing the Feds for Tree Slaughter

A federal order to remove a stand of ponderosa pine trees to improve flood control in Coeur d’Alene has sparked a lawsuit.

The Kootenai Environmental Alliance last week filed suit against the U.S. Army Corps of Engineers to prevent the removal of 500 trees that sit atop the Rosenberry Levee, located along Lake Coeur d’Alene to the south and west of North Idaho College. The alliance claims that the Army Corps didn’t make environmental impact studies and that its regulations come from an internal memo and not an official action.

“Last spring and last winter were some pretty high-water events, in the top five or six in the last century, and it barely reached the bottom of the levy,” says Harris.

If the city refuses to raze the trees, the Army Corps can deny certification of the levee, resulting in increases in flood insurance on nearby homes, according to Rick Eichstaedt, the Spokane Riverkeeper’s legal counsel and the director of the environmental law clinic at Gonzaga University, who is serving as one of the alliance’s lawyers.

Earlier this year, U.S. Rep. Cathy McMorris Rodgers, R-Wash., introduced legislation that would block the International Monetary Fund from bailing out the stricken governments of Europe with U.S. tax dollars and instead would use the $108 billion to reduce the American government’s deficit.

Her measure, at first, had only 22 co-sponsors.

But if she just wanted to be heard, her proposal worked. This week, McMorris Rodgers, the leading opponent of American participation in funding the IMF, is meeting with Christine Lagarde, the managing director of the agency, to discuss the congresswoman’s issues with helping European economies.

In a statement, McMorris Rodgers says she wanted to discuss with Lagarde “how we can increase transparency and accountability at the IMF, evaluate the effectiveness of the IMF’s involvement in the European bailouts, and … whether or not there’s an expectation that America will expand its IMF funding to continue these bailouts.”

McMorris Rodgers’ work on the issue has apparently resonated with her peers. In two weeks, the number of co-sponsors on her measure has jumped to 83.

In other McMorris Rodgers news, last week she endorsed Republican presidential candidate Mitt Romney. She was quickly named as the leader of his Washington election committee. (Nicholas Deshais)

Idaho’s plan to provide schools with one portable computing device for each student — and require them to take online classes — has been controversial. But in all the debate, something was missing: details.

Not anymore. This week, Idaho’s Superintendent of Public Instruction Tom Luna's technology task force voted unanimously on a number of issues. First of all, they voted to buy laptops — not iPads or other computing devices. And instead of phasing in laptops by grade level — the original plan — the state would phase in the laptops by school, and each school would apply to receive them. One-third of Idaho schools would have laptops for every student by fall 2013, the next third by 2014, and the final third by 2015.

Idaho would contract with a private agency to provide everything — hardware, software, virus protection. Meanwhile, the local school boards would decide whether or not students could take their laptops home.

The state teachers union has been critical of most aspects of Luna’s reform, including the reliance on laptops. But while a union representative was on the technology task force, Idaho State Department of Education Department Communications Director Melissa McGrath says the representative did not attend the final vote, which was unanimous. (Daniel Walters)