Melissa McCarthy provides laughs, albeit shallow ones, in Tammy 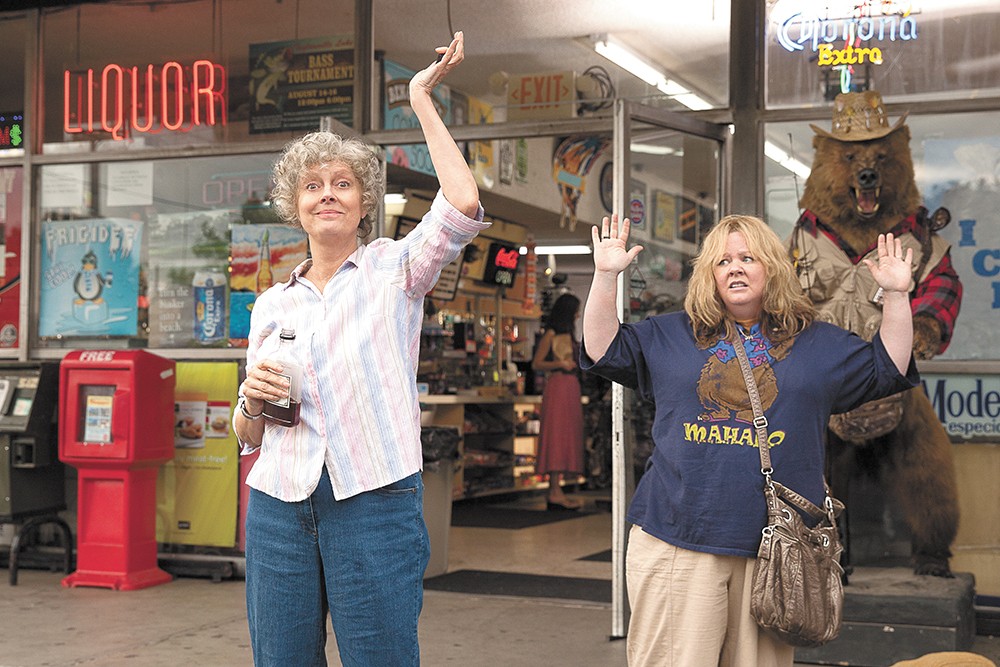 Tammy and her grandma, on the prowl.

I'm happy to live in a world where Melissa McCarthy can be a movie star. Even if you assume that she's working a single stock character — an irrationally confident force of nature whose size might be used for physical punch lines — it's baby steps of progress that she can now headline a Hollywood comedy that in years past might only have gone to a male comedian. And tell me you wouldn't rather watch her than Kevin James.

It feels, though, like McCarthy is trying to stretch a bit in Tammy, which she co-wrote with her husband (and the movie's director) Ben Falcone. The titular Tammy is a perpetual screw-up, and when she loses her job, her car and her husband in one day, she decides to take the radical step of leaving her Illinois hometown. So it's time for a road trip, requiring the car — and the accompanying presence — of her alcoholic, diabetic grandmother Pearl (Susan Sarandon).

At the outset, Tammy feels like familiar territory for McCarthy, especially as she fumbles her way through that initial crappy day. She's well-paired with Sarandon, who gives an edge to the tired trope of the profane granny, while also providing a context for how Tammy became such an irresponsible mess.

But there's an awkward inconsistency to the way McCarthy and Falcone have written Tammy's character. The buffoon who bumbles through robbing a fast-food restaurant and doesn't recognize the name "Mark Twain" isn't the same person who later simply seems beaten down by life; the aggressive woman who comes on to a quiet guy (Mark Duplass) isn't the same one who often looks wounded by the way others treat her. McCarthy has the acting chops to play someone who's more tragic than merely clownish, but Tammy wants it both ways: giving her a dramatic arc, and selling the audience a completely different comic character who looks funny falling down. ♦

Tammy is not showing in any theaters in the area.