One man's journey from war-torn Syria to Pullman, Washington

By Andrew Braddock and Brian Montanarelli 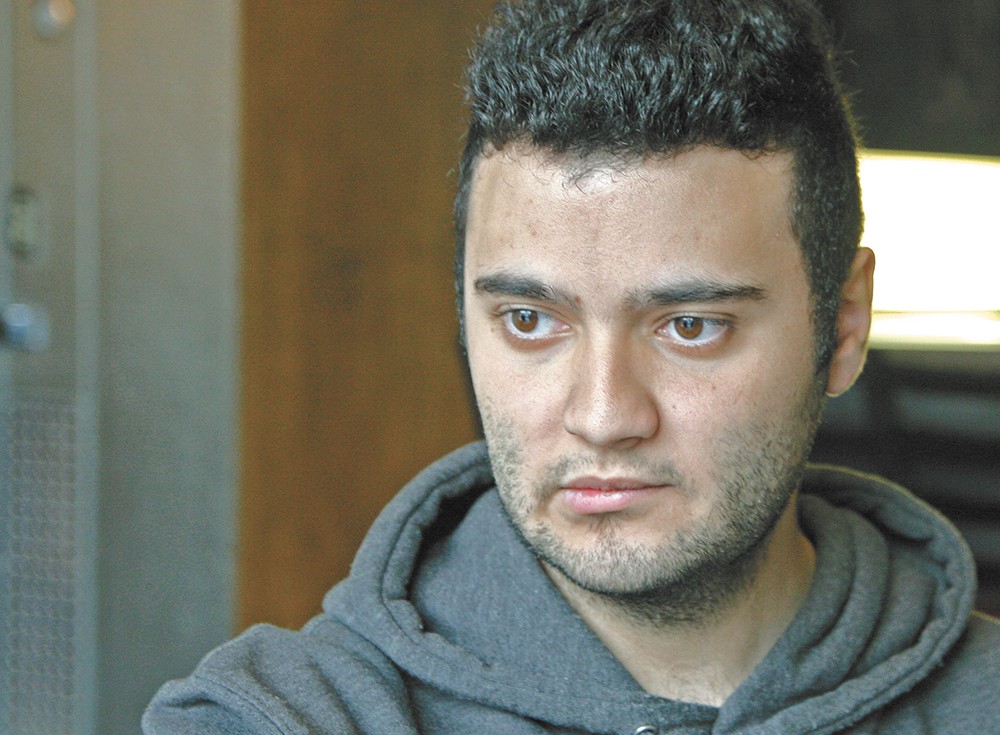 It was a stretch of no man's land that ran through his home town, one side occupied by snipers from the Syrian government, the other by gunmen of an opposing rebel militia, the Free Syrian Army.

"No one crossed that street," he says, not even the stray cats.

Today, the 21-year-old civil engineering student is a world away from the violence. He is the only Syrian student at Washington State University, and the distance and isolation from his countrymen has provided a chance to step back from the chaos in Syria. The conflict led to the rapid ascension of ISIL or ISIS, the militant group that has spread across Syria and Iraq. About 200,000 Syrians have died in the civil war, according to the United Nations.

Yafi says he was fortunate to escape. A month ago, his mother and sister fled the war to live with relatives in Pennsylvania. His father, who is elderly, remains behind. His friends are there too, and Yafi — who once protested against the Syrian regime — now finds himself a foreign spectator of the battle back home. In the sea of college students, he's struggled to connect with U.S. classmates.

Like many college students, he's homesick. But he's conflicted — how do you miss a country at war with itself?

Two years ago, Yafi and his college roommate participated in a nonviolent protest against the regime of Bashar al-Assad. When soldiers arrived, they began shooting and arresting people. Yafi escaped. His roommate, Darik, did not.

Security guards arrested Darik, beat him with metal cables and gave him shock treatment, Yafi says. He was held in a small room with 15 other prisoners, as some suffocated and died around him. Guards withheld food from the prisoners.

"He doesn't have information, he's not related to any part of the opposition or the government," Yafi says. "They tortured him just for fun."

It is difficult to prove Darik's story, but it aligns with those told by other Syrians. The advocacy group Human Rights Watch says government forces and supporters tortured detainees, executed opponents and killed hundreds of people with chemical weapons.

Yafi adds that even before the chemical attack, government forces bombed a nearby hospital as punishment after members of the Free Syrian Army received treatment there.

"No one saw this, no one expected them to do this," Yafi says. "They were like animals."

When ISIL stepped into the battle, they quickly won support from locals who saw them as an advocate in the battle against al-Assad.

"They came in and they told the people, 'We're going to help you and we're going to fight the government for you, and we need your support,'" he says. "ISIS used this conflict."

Instead of a moderate opposition to the government, however, ISIL represented another brutal force, Yafi says.

"How can you behead journalists and innocent people if you're following Islam? They're not Muslims," he says. "Islam is about good — Islam is about being good to people."

Yafi says Homs used to be one of the most beautiful places in the Middle East. Before the roads were guarded by gunmen, he spent hours walking with friends, admiring the beauty of the city.

After the bombings started, however, piles of rubble began to replace landmarks and building facades. With the support of his family, and an uncle living in Richland, Yafi applied to Washington State University, and began his journey to the United States.

His journey across the border wasn't without its terrors. He was detained for six hours at the border of Syria and Lebanon when security guards saw his American visa. The guards threatened to arrest or kill him.

At that same checkpoint, he saw government personnel detain two women from the line.

"Without a reason, they took two women and raped them," Yafi says.

He tried not to think about that when his mother and sister left the country this fall. Now that they are in the U.S., Yafi has been able to relax. He no longer checks multiple news outlets every day, fearing bad news from back home.

Yafi describes himself as outgoing, and someone who hates to be alone. After an initial adjustment period, he has found a group of friends who he can call to eat with, study with and talk to. Next month, he will attend his sister's wedding in New Mexico to a Syrian man who escaped the war as well.

Although most of Yafi's friends are still in Syria, he rests easier knowing that two more family members are safe.

He Skypes with friends and family back home, every day if possible. During his initial months in the U.S., he kept an eye on news stories, dreading reports of bombings in familiar areas. Now he tries to pay little attention to the news. He's grown tired of worrying, and not being able to help.

He's adjusting to life in the U.S. In Syria, he took exams as noisy tanks patrolled the school grounds. At Washington State, by comparison, the library is almost too quiet to study. For Yafi, it is a good problem to have. ♦

Additional security at Ferris after threats, Spokane students without vaccines could have to stay home, and other headlines

5 morning news stories to keep you in the know