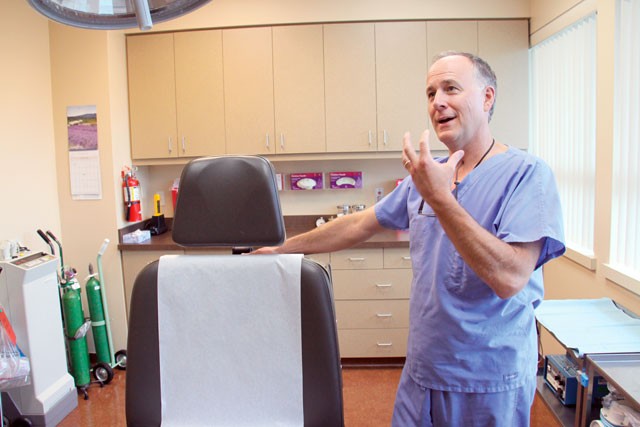 For most people, outpatient surgery means a quick medical procedure that allows the recently-operated-upon to recuperate at home instead of enduring a hospital stay.

That is, until now. New statewide rules in Washington regulating OBS have been completed and should be in place this year.

“The state legislature was interested and concerned about patient safety in ambulatory surgery settings,” says Susan Boyer, executive director for the state Department of Health’s health professionals and facilities division, as well as the executive director of the state’s pharmacy board.

The number of office-based surgeries has “been growing rapidly,” Boyers says. “Procedures once only performed in hospitals are moving into the ambulatory setting.”

The number of outpatient surgeries has soared to 65 percent of all surgeries performed in the past 20 years. Of outpatient procedures, office-based surgeries represent 17 percent — around 40,000 procedures every year across the nation.

The jump in OBS is a result of many things — it’s quicker and more convenient for patients and doctors, and it is more profitable for doctors, who receive both a professional fee and at least a portion of the facility fees that are billed to private insurance or Medicare. Two other important factors are also responsible for the sharp rise in procedures: advances in sedation techniques, as well as in minimally invasive surgical techniques.

“We see it more and more, procedures happening outside of the hospital setting,” says Chris Gray, director of anesthesia services for Providence’s Sacred Heart Medical Center and Holy Family Hospital. “We’re just taking care of a sicker population. … I see all these things happening. I don’t want to say a physician is out there trying to hurt anybody. … [Physicians] feel like, ‘I can take care of things I used to not be able to.’”

While a local analgesic is nothing to worry about, a dangerous situation occurs, Gray says, when patients get sedated to the point where they no longer control their breathing. If not properly observed, the person can suffocate and die.

“When a patient is rendered sedated, it’s to a degree where they’re potentially [mentally unaware] so they can’t protect their respiratory drive,” he says. “They lose their airway.”

Gray says he isn’t aware of any doctors in the Inland Northwest doing unsafe procedures, but he worries they may be out there.

“I would imagine there are some things going on out there that the public needs to know about and be protected from,” Gray says. “That’s what the new rules are out to do, to protect the public.”

For the past year, the state has been licensing ambulatory surgical facilities that use general anesthesia. But office-based surgeries, which fill the gap between little to no sedation and full-on anesthesia, often use forms of deep sedation that can prove as problematic as anesthesia.

By instituting new rules for office-based surgeries, Washington joins a growing list of states regulating these procedures, including California, Florida and New York.

It’s the regulation that worries Dr. Joel Sears, who founded Advanced Dermatology and Skin Surgery in 1991. Even though he thinks the rules are “worth it,” Sears is still wary of another layer of regulation and bureaucracy.

The state estimates initial compliance could cost medical offices $2,500 or more. However, a provision requiring physicians to be board-certified was deleted from the law for being “potentially burdensome to the practitioner.” Another provision calling for the person providing anesthesia to have hospital privileges was nixed for the same reason.

“The absolute majority of doctors do this right,” Sears says. “Most of [the new rules are] pretty common sense. … If you’re doing ‘standard-of-care,’ these aren’t going to affect you at all.”

At Sears’ Spokane Valley practice, a firewall exists between the office and the sterile surgical area. Sears says DOH officials “come in unannounced for visits. They check the soap dispensers — ‘You’re not just faking washing your hands, are you?’”

Sears does many types of procedures at his clinic. The most common one is skin cancer surgery with reconstruction. For these, which can require an IV to deliver anesthesia, Sears is joined in the operating room by an assistant and an anesthesiologist or a certified registered nurse anesthetist. Under the new regulations, the physician can’t be the person providing anesthesia. That’s nothing new for Sears.

“This is just standard of care for me,” he says. But, he says, “If I were a patient, I would want to make sure these rules are being followed.”

He recommends people ask one question when considering an office-based surgery: Are they certified by the state to perform such a procedure?

“If they’re state-certified, you can rest well-assured.”

Under new Washington law, medical offices that do outpatient surgeries must: