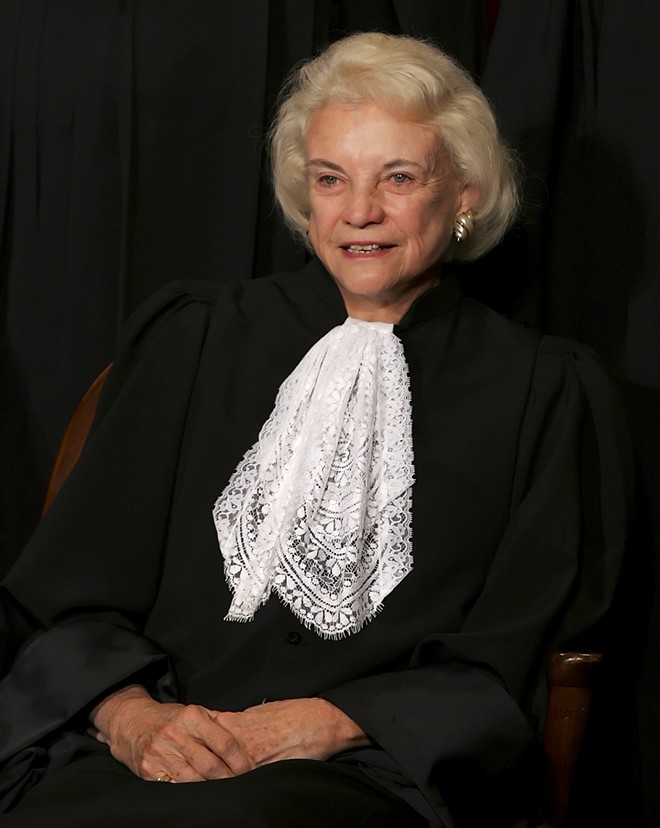 Doug Mills/The New York Times
Justice Sandra Day O'Connor, at the Supreme Court in Washington, Oct. 31, 2005. O’Connor, the first woman to serve on the U.S. Supreme Court, disclosed that she had dementia and would withdraw from public life in a letter to the public on Oct. 23, 2018.
By Matthew Haag
New York Times News Service

Sandra Day O’Connor, the first woman to serve as a justice on the U.S. Supreme Court and a critical swing vote for much of her tenure, revealed Tuesday that she had dementia and had decided to withdraw from public life as the disease advanced.

In a letter addressed to “friends and fellow Americans,” O’Connor, 88, wrote that she was told she had early-stage dementia “some time ago” and that doctors believed it was most likely Alzheimer’s disease.

“Since many people have asked about my current status and activities, I want to be open about these changes, and while I am still able, share some personal thoughts,” O’Connor wrote in the letter. “While the final chapter of my life with dementia may be trying, nothing has diminished my gratitude and deep appreciation for the countless blessings in my life.”

She said she would keep living in Phoenix, where she returned when she left the court in 2005. Her husband, John J. O’Connor III, died in 2009 after a battle with Alzheimer’s disease, and his diagnosis was a large factor in her decision to retire from the Supreme Court.

Chief Justice John Roberts said on Tuesday that O’Connor was a “towering figure in the history of the United States and indeed the world.”

“She serves as a role model not only for girls and women, but for all those committed to equal justice under law,” Roberts said in a statement after the announcement.

The House Democratic leader, Nancy Pelosi, called her a “trailblazer in every sense.”

For nearly 25 years, O’Connor was the swing vote on numerous social issues, including abortion and other polarizing topics, and her minimalist and moderate opinions placed her squarely in the middle of a sharply divided court.

“We must reach all our youth, and we need to find ways to get people — young and old — more involved in their communities and in their government,” O’Connor wrote Tuesday. “I can no longer help lead this cause, due to my physical condition. It is time for new leaders to make civic learning and civic engagement a reality for all.”