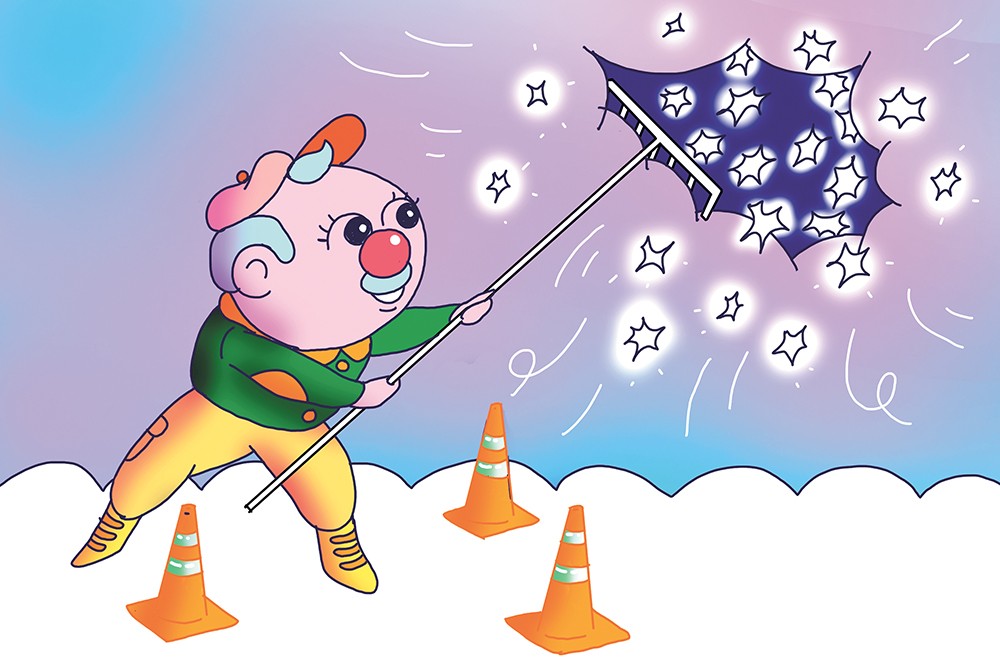 that "The Big Dark" is coming. Signs of future, dark rain clouds stretch from China to Washington's coast. Throughout the Northwest, our days will soon be darker as rain (and snow) fall, and the sun spends less time in the sky as we head into winter.
click to enlarge

But as much as we notice the sun's annual diminished rays during winter's days, we often miss the slow change we have brought to our skies every night. Rather than suffering from a natural "Big Dark," our night skies are blotted out by a man-made "Big Light."

Our cities, even our small towns, are filled with lights from our homes, businesses and street lamps. These lights illuminate our paths and our lives, but their collective glow also conceals the stars above from view — hiding the deep texture of the night sky and leaving only a dull darkness, with tiny specks of stars shining dimly through.

This "light pollution" is a classic problem of civilization, as we too often define ourselves only by what we build, and not by what we choose to preserve. We celebrate the magnificence of our skyscrapers reaching toward the heavens, but frequently forget to simply admire the existing beauty of the skies our buildings seek to touch.

We are lucky in the American West. Our public lands protect not just the ground beneath our feet, but our views of the stars above. Millions of acres of public lands ensure that with just a short car ride, we can disconnect from our busy cities and their bright lights, instead connecting to the wonders of the universe through the window of the night's sky.

It's an experience we must not take for granted. Fortunately in central Idaho, local communities, businesses, private landowners, public land managers and activists (including my friend and ringleader Dani Mazzota) are working together to establish the first Dark Sky Reserve in the United States. (There are currently only 12 in the entire world.)

Earlier this summer, they applied for the official designation from the International Dark Sky Association, committing to minimize artificial light pollution in their towns around the core undeveloped areas of the potential reserve — formed in part by wilderness areas, like the Boulder-White Clouds and the Sawtooths.

I deeply admire their efforts. Preservation is perhaps a bolder and braver act than creation. They're collectively taking at least a brief break from reaching for the stars to instead simply gaze in wonder at them.

It's an act that reminds me of a story that Boise Rabbi Dan Fink once told me, just after showing me a book of high-resolution NASA photos that he loved.

There was a man who kept a rock in his pocket, he said, to remind him of his place in the universe. On one side, in Hebrew, was written: "For my sake the world was created." On the other side: "I am but dust and ashes." Together, these two phrases reveal the paradox of a spiritual life — the egotism inherent in believing that what we do matters greatly, and the humility to know just how small we are.

When we dare to still act with the full knowledge of our smallness, it is perhaps when we come closest to achieving greatness. For what could be more brazenly arrogant and more humble than seeking to save the stars? ♦