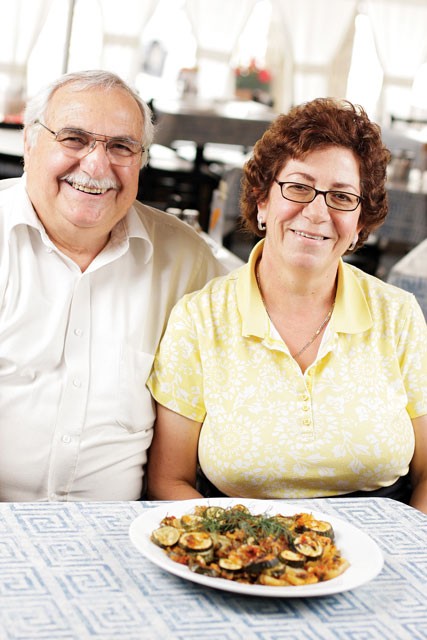 Sometimes working hard makes for a great vacation. I took a big leap in June and volunteered to work for three weeks on an olive farm in Amaliada, Greece. I took part in this adventure through the World Wide Opportunities on Organic Farms, also referred to as WWOOF. Started in 1971 in the United Kingdom, WWOOF has grown into an international movement, helping people learn and share more sustainable ways of living. In return for volunteer labor, WWOOF hosts offer food, accommodations and opportunities to learn about organic lifestyles. My host farm was 30 miles northwest of Olympia, Greece, and four hours southwest of Athens.

For four hours or so each morning, six days a week, I worked on the farm. A morning might include trimming olive trees, watering fruit orchards, clearing trails, weeding, and even herding the family chickens — or cleaning the chicken coop. Come noon, a wonderful Greek meal was provided by and shared with the host family. An afternoon nap was a welcome reprieve to escape the heat of the day — and to recover from the full glasses of wine enjoyed daily at lunch.

The remainder of the day was my own. I explored the city and nearby beaches on a loaned bicycle for three weeks. Needless to say, I returned to the United States unplugged from my cell phone, well rested and hungry for more of the Greek cuisine that was now a staple of my diet — Greek salad, baba ganoush (roasted eggplant spread) and moussaka (potatoes, eggplant and lean ground beef layered as a casserole).

The Inland Northwest is fortunate to have many Greek dining options. The ever-popular White House Grill is expanding to Spokane’s South Hill, and Niko’s in downtown Spokane is a popular favorite. However, Santorini’s caught my eye because my host family in Amaliada also owned a hotel in Santorini, Greece.

Dino and Fotini Tsakarestos were the original owners of the Olympia Restaurant in downtown Coeur d’Alene. Dino grew up in the Peloponnese Mountains in Tripoli, Greece, and Fotini on the island of Crete. As a young man, Dino moved to Missoula with a friend and found the mountains a good fit. Three years later, he returned to Athens on a holiday and met Fotini, who was a natural in the kitchen.

“By the time I was 17, my mother had taught me to cook all the authentic Greek dishes,” she says. She and Dino started a family and owned a restaurant in Montana before moving west to Idaho.

After more than 30 years in the restaurant business with the Olympia, retirement looked enticing. But it didn’t quite work out.

“After only three months of vacationing in Greece, my husband and I missed working,” Fotini says with a sigh and a smile. “Our sons had successfully started Santorini’s in Spokane, so Dino and I used the same name and opened one in Coeur d’Alene,” she continues. “We have grown so accustomed to the Inland Northwest’s weather that returning to Athens after retirement it was just too hot!” she laughs. “Maybe I was younger then and did not notice as much?”

“I love to use the vegetables I have grown, as you experienced in Amaliada,” says Fotini.

One vegetable that grows abundantly in the Inland Northwest’s relatively short season is zucchini. This casserole helps make good use of it and is a favorite dish of the Tsakarestos family.