The sexy and the sordid from Spokane's history 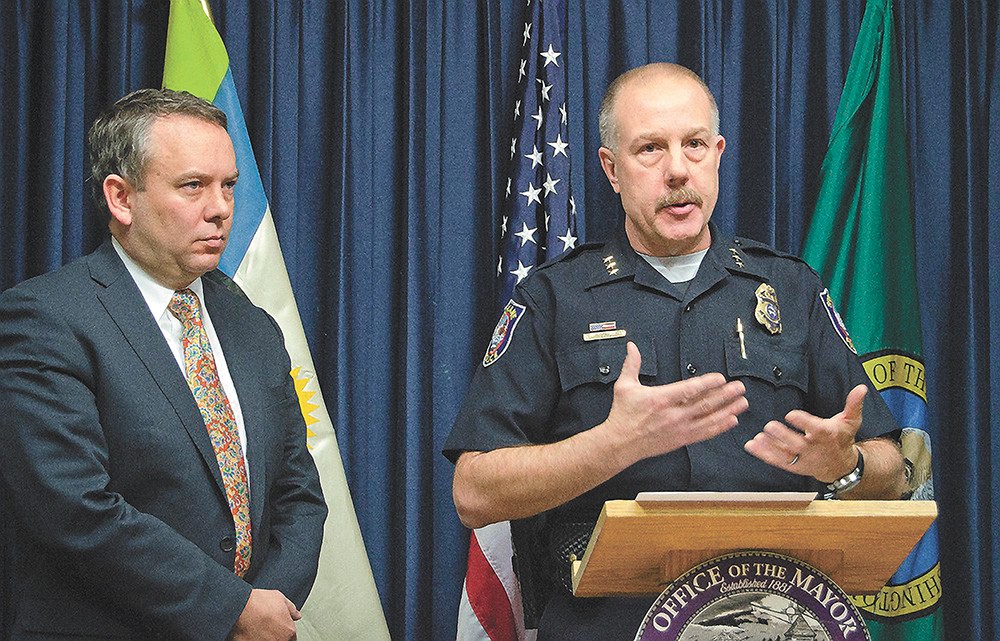 Former Police Chief Frank Straub and the man who hired and fired him, Mayor David Condon.

For nearly a year, the city of Spokane was caught in the thick of a scandal.

This one was about the firing of a profane police chief who'd been accused by a city spokeswoman of sexual harassment. The accusation, at the spokeswoman's request, had been covered up by the mayor and his staff. She received a raise and a transfer. It was only after the mayor's re-election that the city released public records revealing the truth.

The fallout was financial, with lawsuits and an independent investigation costing the city more than $600,000. But the fallout was also psychological, leaving the mayor and the city council drained from all the fighting, distrust and accusations that followed.

Yet Spokane has been here before. A police chief accused of abusing his power. Allegations of sexual impropriety. Lies. A cover-up. An investigation itself dogged by controversy. Resignations. A recall effort. City lawyers accused of illegally withholding public records.

From its very founding, the city has been dogged by scandal, and long stretches of its history have been consumed by one scandal or another.

Spokane spent a decade drowning in the scandals and conspiracies surrounding the convoluted River Park Square parking garage deal — and as soon as it emerged for a gasp of fresh air, it was immediately dragged back under the murky waters of a mayoral sex scandal, then a police abuse scandal.

From today's vantage point, of course, the scandals of the past can seem quaint and overblown — or more outrageous than ever. What was taboo becomes commonplace, and what was commonplace becomes taboo.

We've taken a few of the biggest scandals in Spokane's tempestuous history, and scrutinized them through modern eyes.