Scent of the Season

There's something in the air and, frankly, it stinks

Ahhh, autumn. What a season!

The leaves are falling, the temperature is dropping, people are wearing scarves and layers, and there is a familiar, pungent odor uniformly spreading through the entire nation for no good reason. I think we all know what odor I'm talking about: cinnamon.
click to enlarge 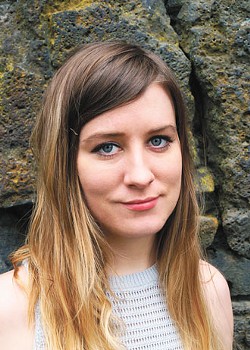 As some of you already know, cinnamon is gross and bad, and doesn't technically have to be used in everything. But other people disagree. There seems to be a commonly held (false) belief that cinnamon is great and good, and should be put in every food, beverage, home product and retail space for at least three solid months of the year with no exceptions, and everyone should be excited about it, and rally around cinnamon as if the spice itself is responsible for the existence of the holidays, and if you don't like it, you can have some herbal tea. No, wait, there's cinnamon in that, too.

In fall and around the holidays, people refer to cinnamon as "pumpkin spice," which I find objectionable, because there's no reason to drag the innocent and beloved pumpkin into this, and also because it's a cheap way to sell cinnamon as an autumnal icon, which it is not. It is a pungent bark that is available, as you all know perfectly well, year-round. Technically "pumpkin spice" includes smaller amounts of cloves and nutmeg, but cinnamon takes center stage, and pumpkin itself is almost never an ingredient. A lot of people credit/blame Starbucks, which introduced the Pumpkin Spice Latte in 2003, for the rise in interest of this insufferable spice blend. But you could also blame your own basic-ass granny for making so many pumpkin pies (from which the pumpkin spice blend takes its name). Shakin' my damn head, Grams.

But if you think cinnamon is relegated to the fall season or desserts in general, you are blind. There is a never-ending barrage of new and terrible cinnamon-spiced items available year-round, including beer, juice, soda, pizza, popcorn, meat dishes, dairy products, soaps, detergents, granola, chips, vape pens, liquor, bread, bath products and pretty much every granola and cereal. One time I bought a bottle of "100% Carrot Juice," took one sip, and realized there was cinnamon in it. Since when is cinnamon considered juice??? This is nuts!!! Pretty soon I'm going to have to start checking the ingredient labels on bags of apples.

How did we get here? How was cinnamon elevated into the glorified spice of unlimited fascination? And what can we do to change things? I don't know how we got here, honestly, so I don't know why I phrased it as if I could answer that. But here are a few ideas for how to get ourselves out of the seemingly ever-expanding, cinnamon-scented black hole we've found ourselves in:

• Open your eyes. Be more conscious of what you're flavoring and scenting with cinnamon, and ask yourself if it's necessary. The answer is, almost always, "no."

• Be vocal about your disgust when walking into someone's cinnamon-scented home or business. This sounds rude, but it is actually extremely polite, and people really appreciate it.

• Get a grip. Cinnamon does not need to be in every dessert, or even every baked good. Just... use something else? Cardamom? Lavender? There are literally hundreds of other spices. ♦