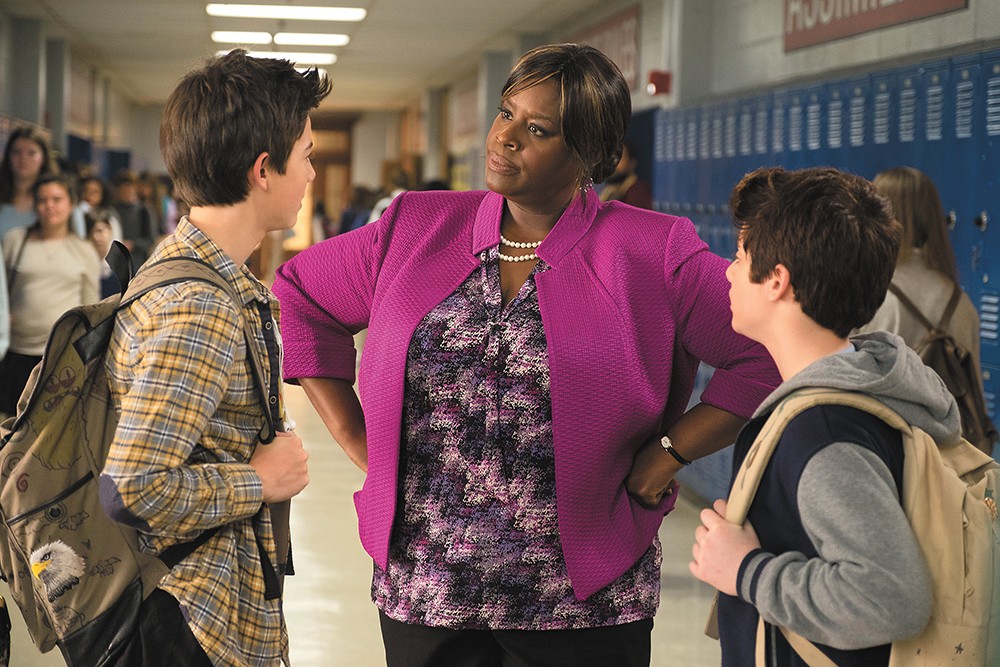 Retta is the law in this middle school.

Rafe Khatchadorian (Griffin Gluck), a budding artist, is starting over at his third middle school, a place governed by the rules-obsessed Principal Dwight (Andrew Daly) and his chief enforcer (Retta). As a tonic to the school's rigidity, Rafe and his only friend Leo (Thomas Barbusca) embark on a plan to break every one of the rules in the school's Code of Conduct handbook. Their plots are quite ingenious and creative, qualities that make the perpetrators Public Enemy No. 1 to the humorless martinets that run the school.

Based on one of the books in James Patterson's best-selling young-adult Middle School series, the film mixes vivid cartoons coming to life from the pages of Rafe's sketchbook with the live action. The film is reminiscent of some of the best aspects of John Hughes' teen movies: playful, albeit with strong emotional centers that ground their suburban teen rebels. Rafe sublimates his troubles at home into his artwork; when Principal Dwight liquidates Rafe's sketchbook, the middle-schooler takes out his frustrations with defiant actions in which each school infraction is practically an art installation.

At home, single mom Jules (Lauren Graham, in another of her perpetual maternal roles, which she still manages to make fresh in every instance) is working frequent double shifts and leaves much of the child-tending to the stepfather-to-be (Rob Riggle), a lout who's comically caricatured in Rafe's sketches as Bear. His sister Georgia (Alexa Nisenson) is all right (as younger sisters go), but the family still feels the ache of the absent middle child, Rafe's younger brother who died a couple of years previously. At school, Rafe experiences his first pangs of love for the like-minded young rebel Jeanne Galleta ( Isabela Moner).

Deft filmmaking moves quickly past the film's implausibilities (like how Rafe pulls off some of his more elaborate stunts in the limited overnight hours, or how he even physically gets back to school), and particularly good performances by the cast's younger members help make the story credible. The animation that breaks into the live action on occasion enlivens the material as well. Any pubescent kid ought to find plenty to relate to in this portrait of middle school as a cradle for petty tyrants, nonsensical rules, and standardized testing. Middle School: The Worst Years of My Life invites kids to thumb their noses at their socially validated oppressors. Ferris Bueller would, no doubt, join their ranks. ♦

Middle School: The Worst Years of My Life is not showing in any theaters in the area.