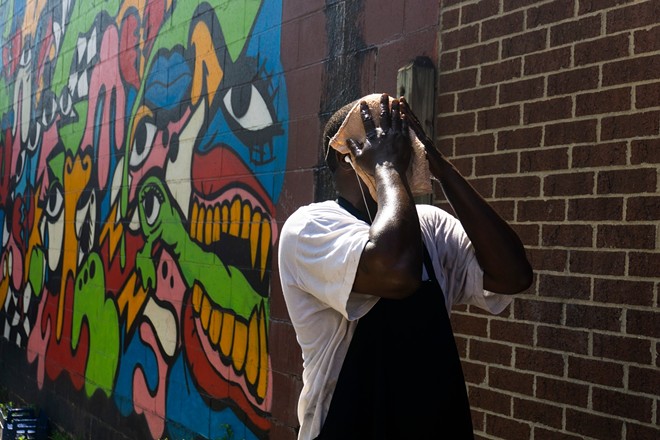 Brittany Greeson/The New York Times
Antjuan Durand, a chef, tries to cool off while grilling at Bert's Marketplace in Detroit, July 20, 2019. Hotter than normal temperatures are expected across almost all of the United States into September, government researchers said.

By Henry Fountain and John Schwartz

Following a May that tied for the hottest on record, the United States is heading into a potentially blistering summer, with hotter than normal temperatures expected across almost the entire country into September, government researchers said Thursday.

Dan Collins, a meteorologist with the National Oceanic and Atmospheric Administration’s Climate Prediction Center, said that for July, August and September across almost the entire United States “the average temperatures are likely to be above normal,” especially in the West and Northeast.

The trends over the last few decades are clear. The most recent figures are in line with a general warming trend: Each decade since the 1960s has been warmer than the one before, and the five hottest years occurred in the second half of the last decade.

High temperatures were likeliest in the mid-Atlantic states, Northeast and New England, and across much of the West, Rocky Mountains and Southwest. Only a small part of the Midwest, centered around Missouri, has an equal chance of lower-than-normal temperatures, according to an analysis by the Climate Prediction Center.

That warmth will likely mean that drought conditions, currently experienced by nearly one-fourth of the country, will persist through the summer, NOAA scientists said.

Globally, last month was tied with 2016 for the hottest May on record, with average land and sea temperatures that were 0.95 degrees Celsius, or 1.71 degrees Fahrenheit, above the average dating back more than a century.

But May was also cooler than average across much of the Plains and the East Coast, said Karin Gleason, a NOAA climatologist.

It is now virtually certain that globally, 2020 will be one of the five hottest years on record, she said. But it is less likely that 2020 will eclipse 2016 as the hottest. NOAA now estimates there is about a 50% chance that 2020 will be a record breaker, down from about 75% a month ago.

Like all the months of the year, summer months have been getting hotter, a consequence of human-caused emissions of heat-trapping gases.