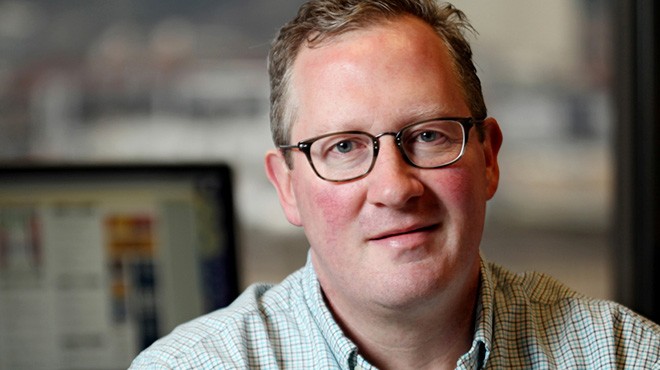 The American sculptor James Earle Fraser grew up on the Western frontier in the 1880s. His father worked for the railroad, punching a connection to the West Coast. Young James watched as Native Americans were shoved aside; in his memoir, he recalls an old trapper telling him, "The Indians will someday be pushed into the Pacific Ocean."

That chilling image stuck with him, and in his teens Fraser started playing with a design that became his iconic sculpture End of the Trail. With its exhausted Indian slumped over his horse, looking over what could be the edge of the continent, it was Fraser's comment on a grave injustice.

Like all great art, it has meant different things to different people. Many Indians have hated its depiction of a defeated race. But it has also become a symbol of resilience — shorthand for the story of all the tribes that have survived despite being systematically annihilated, assimilated and relocated from their lands.

End of the Trail is on the signet ring that Joe Pakootas wears on his right hand. It reminds him of his older brother, George, who died in a motorcycle accident at the age of 17. "But it also makes me think of the battles we have been through," he says, "the turmoils we have been through."

Pakootas' great-great-grandmother was escorted by the U.S. Army from her family's homeland near present-day Wenatchee to the Colville Reservation. Growing up, his own family was relocated to California for work. Later, he and five of his siblings were taken from his parents to foster care in Chewelah.

"I remember looking out on the [Colville] river," Pakootas, now 57, says, "thinking if it wasn't so wide I'd swim across it and go home."

Pakootas overcame all that was thrown at him and did make it home to Inchelium, where he became a leader, serving 16 years on the tribal council. Today he owns a small business with Cheryl, his wife of 36 years, and serves as CEO of the Colville Tribe's business ventures.

Now he's running for Congress — in fact, to become (as far as my research shows) the first Native American ever to represent Washington state. For Pakootas, the Native American story is about systematically creating haves and have-nots, and it's happening again. Poverty — something Pakootas knows all too well — is impacting all Americans today, he says, especially in rural places, but also in Spokane, where he lived for four years.

"It's just a sad situation," Pakootas says. "The 5th District is rural America, and if we don't fix things now, our young people won't have much of a future." ♦