Inspired by an Inlander investigation, an attorney has teamed up with insanity-defense patients to file a civil rights suit against the state 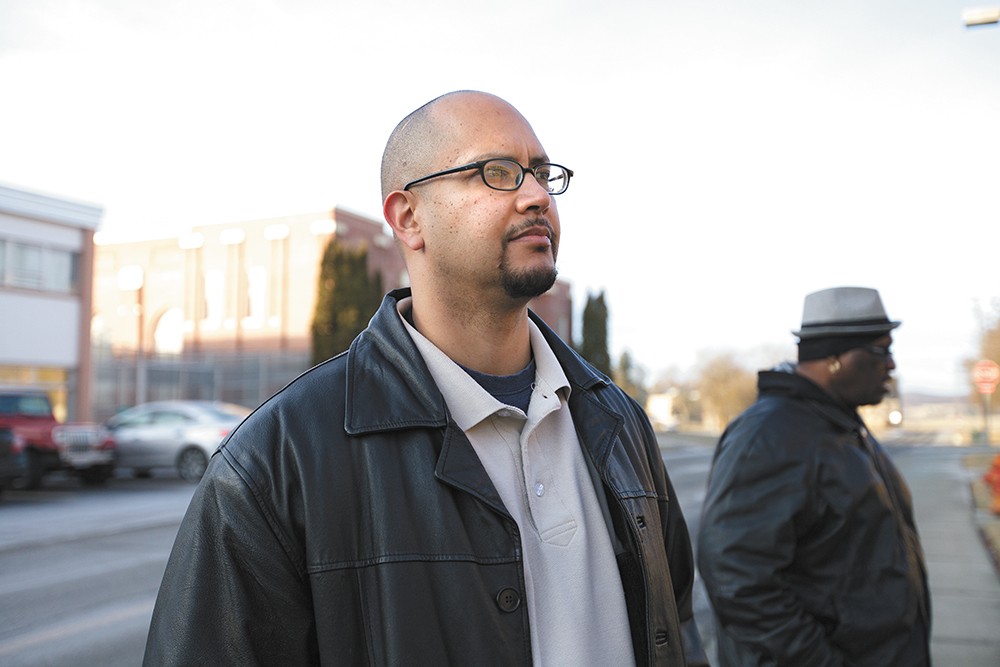 Young Kwak
Ketema Ross: "If we win, it will be a win for all patients."

Ketema Ross has never been convicted of a crime.

But four years ago, Ross, a state psychiatric patient who had been exonerated as Not Guilty by Reason of Insanity, watched as his rights slowly were stripped away at Eastern State Hospital in Medical Lake. First, the Department of Social and Health Services banned patients' community reintegration trips — visits to Walmart and Auntie's Bookstore, lunches at McDonald's, Spokane Indians games. Soon, patients couldn't even take a walk on hospital grounds without a judge's permission. The only legal channel available to patients seeking their freedom had become mired in so much bureaucratic red tape, Ross saw many of his peers on the ward lose all hope of ever getting out.

Now he's joined two other patients at Eastern and Western State hospitals in a lawsuit against the state, alleging that these current restrictions violate their constitutional and civil rights to adequate mental health treatment.

The suit, filed last week in U.S. District Court in Spokane, names Gov. Jay Inslee, the state Department of Social and Health Services and DSHS Secretary Kevin Quigley as defendants. The advocacy nonprofit Disability Rights Washington is the fourth plaintiff in the case, representing all patients at Washington's psychiatric hospitals. The plaintiffs are asking the court to invalidate two laws passed in 2010 in the aftermath of Eastern NGRI patient Phillip Paul's high-profile escape from the Spokane County Fair.

The first law effectively bans NGRI patients from leaving hospital grounds, except under special circumstances, like medical and legal appointments or funerals of immediate family members. On those rare occasions, DSHS requires patients to leave in shackles.

The second law established the governor's Public Safety Review Panel, an independent board comprised of clinicians, law enforcement members and attorneys, to review patients' requests for conditional releases for grounds privileges or visits into the community. The suit alleges that the panel delays and deters patients trying to reintegrate into society.

"What people don't understand, which I hope this lawsuit can help in its own small way, is that mental illness is not a character flaw," says Andrew Biviano of Scott Law Group in Spokane, the lead attorney in the case. "It's not something people choose to have, and it's worthy of the same patience and understanding and accommodation as any other kind of illness."

A former mental health case manager for Spokane Mental Health, Biviano says he was inspired to pursue the case by an Inlander story ("Patients and Prisoners," Feb. 13), detailing the punitive conditions at Eastern State Hospital and the consequences of these laws limiting patients' access to the outside world.

Biviano argues that isolating NGRI patients in state hospitals violates their federal protections under the Americans with Disabilities Act, which requires states to provide people with disabilities with the most community-integrated treatment available. He also argues that the practice undermines patients' 14th Amendment rights to minimally adequate mental health treatment and equal protection under the law.

"This suit is not trying to get releases for everyone in state hospitals. Everyone's case is different," Biviano says. "It's just that we are resisting the legislature's action to treat everybody with that same broad brush, that everyone is treated as if they are incurable and cannot be trusted in any capacity, like Mr. Ross, who has shown incredible improvement."

Ross, a former Yale Law School student whose story previously was featured in the Inlander, was diagnosed with paranoid schizophrenia. In 2007, he suffered a psychotic breakdown and assaulted an elderly couple in Pullman. He was acquitted by reason of insanity and admitted to Eastern. Although Ross hasn't experienced any symptoms of psychosis in five years, his commitment at Eastern is indefinite. He'll most likely live under the hospital's supervision for the rest of his life.

The Attorney General's Office says in a statement that its clients had not yet been served with the lawsuit, but it is "discussing the next legal steps."

In response to the suit, DSHS says: "We strive, on a daily basis, to balance the rights and recovery needs of the individuals who have been found not guilty by reason of insanity with the safety of the public."

Studies show that the majority of defendants who are acquitted using the insanity defense often spend far more time — sometimes twice as long, if not much longer — confined in state psychiatric hospitals than defendants convicted of the same charges in prison. But data shows that NGRI patients' recidivism rates are remarkably lower than those of offenders in Department of Corrections custody. For example, at Western State Hospital in Lakewood, 0.6 percent of the hundreds of patients released into the community on the hospital's recommendation since 1978 have committed new crimes. By comparison, the recidivism rate for mentally ill prisoners in Washington is 25.8 percent.

Ross, along with the other plaintiffs, is not seeking any compensatory damages from the state, but says he expects the suit will draw more attention to the prison-like conditions at state hospitals — and more important, restore patients' hope.