Weiner brilliantly captures both a specific and general pathology 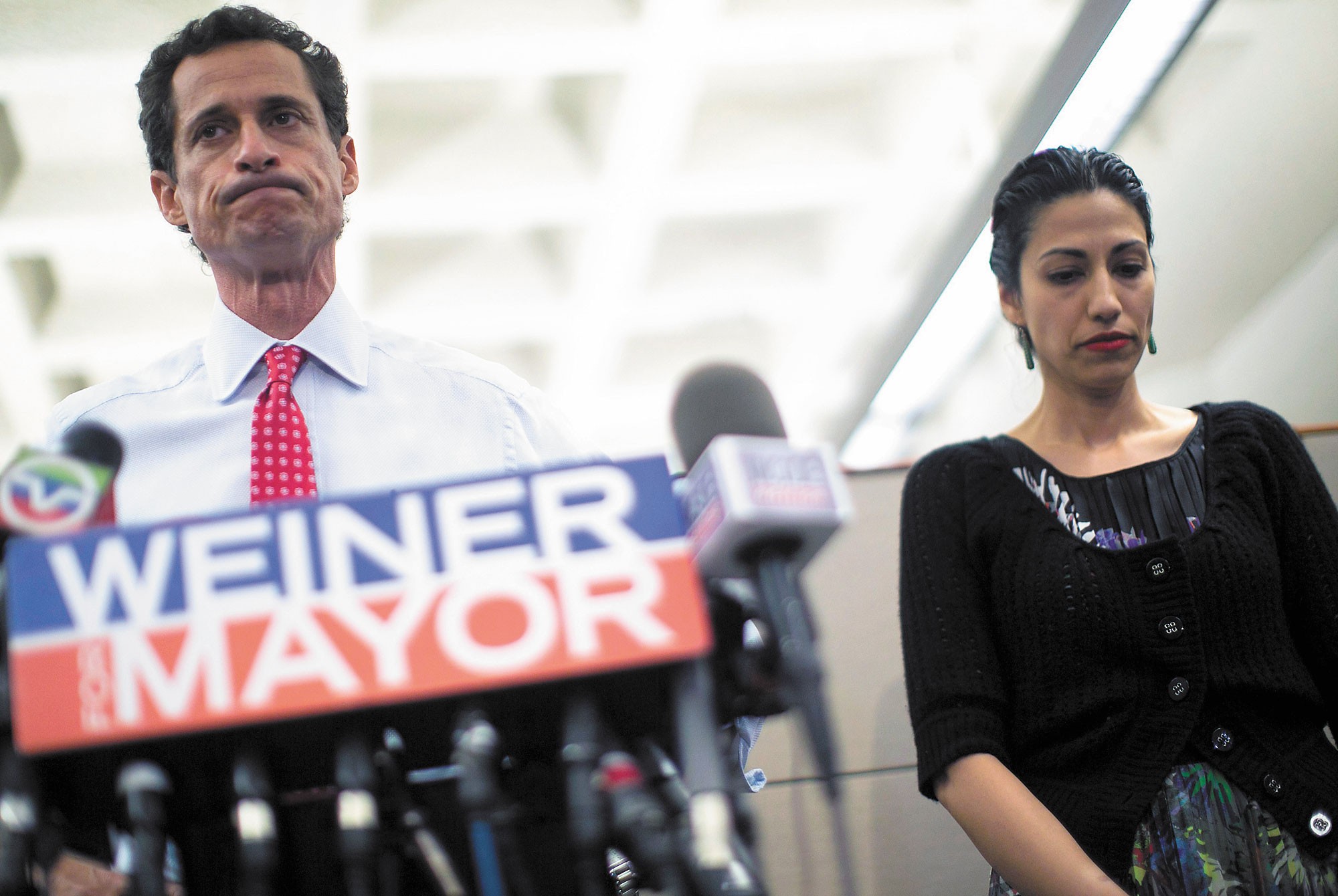 Anthony Weiner's political career went down in spectacular flames, and this documentary doesn't hide the fire.

At one point during the endlessly fascinating documentary Weiner,

co-director Josh Kriegman asks his subject, Anthony Weiner, "Why have you let me film this?" It's a question that might have had an obvious answer at the outset of the project, as Weiner — the former New York congressman who resigned in 2011 following a highly publicized sexting scandal — tried to revive his political career by running for mayor of New York in 2013. Kriegman had been a congressional staffer for Weiner, so he had the man's trust. This movie, you can easily imagine Weiner thinking, would chronicle the restoration of a legacy, a disgraced but principled man fighting his way back into public life.

That storybook redemption arc, however, wasn't remotely in the cards. New and freshly embarrassing photos of Weiner emerged, along with details that he had interacted with several women through a sex website, using the instantly iconic pseudonym "Carlos Danger." Over the course of three months, Weiner captures the spectacular implosion of a campaign that at one point had been leading in the polls, and wound up with yet another round of Weiner as national punch line.

Like many of the best political documentaries, Weiner exposes in uncomfortable detail the sausage-making unpleasantness of American politics. In particular, this is a portrait of the art of spin, as Weiner and his wife, Huma Abedin — longtime friend of and political adviser to Hillary Clinton — attempt to salvage Weiner's campaign from the wreckage of the latest allegations. Kriegman and co-director Elyse Steinberg capture Weiner's strategy of trying "to sell this as something that people already know"; as one staffer prepares to leave a grim meeting, Abedin instructs her on how to face reporters with a smile, because it's "an optics thing." By the time we see Weiner rehearsing an apology speech in front of empty chairs, it's hard to avoid the realization that a political operation judges its successes by how practiced and "on message" it can present itself to the world.

But there's also a fundamental level on which Weiner attempts to serve as an answer to the blunt question that MSNBC's Lawrence O'Donnell poses to Weiner during an interview: "What is wrong with you?" Weiner himself suggests that the way politicians are wired is connected to his indiscretions — a world of superficial interactions built on trying to get people to like and respect you, and see you as someone deserving of power. Yet Weiner also showcases its subject's uniquely pugnacious personality — including a confrontation with a heckler at a bakery that went viral — as both a fundamental element of his populist appeal, and the thing that repeatedly brings him down. It's almost jaw-dropping to watch Weiner fight back against Abedin's reluctance to be visible during the last doomed days of his campaign, yet it's clear that he knows no other way to be than the alpha dog.

While Weiner's salacious subject matter makes for understandable voyeuristic appeal, and the behind-the-scenes material is plenty juicy, it would still be easy for a documentary of this kind to fall into a familiar rhythm. Kriegman and Steinberg, however, do a phenomenal job of crafting Weiner into a vital and entertaining film. During a montage showing Weiner marching in a series of parades before cheering throngs, they cut briefly but hilariously to fellow candidate (and eventual winner) Bill de Blasio solemnly plodding along to little crowd enthusiasm. Their editing skills are sharp during a sequence in which Weiner and Abedin make fund-raising calls, and the campaign's launch is perfectly scored to the pulsing beat of Ace Frehley's "New York Groove." If you're remotely hesitant to watch a documentary about a politician because you're worried it might be "boring," banish such thoughts from your mind.

As the closing credits roll, we see snippets of TV appearances by Weiner in 2015, doing pundit spots on news shows and even poking fun at himself as a panelist on Real Time with Bill Maher (where his sexts were previously turned into a comedic staged reading). It's clear that he's not going away quietly, and equally obvious that he's all but incapable of going away quietly. If Weiner shows us anything, it's that the answers to "Why have you let me film this?" and "What is wrong with you?" might very well be the same. ♦

Weiner is not showing in any theaters in the area.