Vendetta Red thinks they never got a fair shake, but they’re trying one more time. 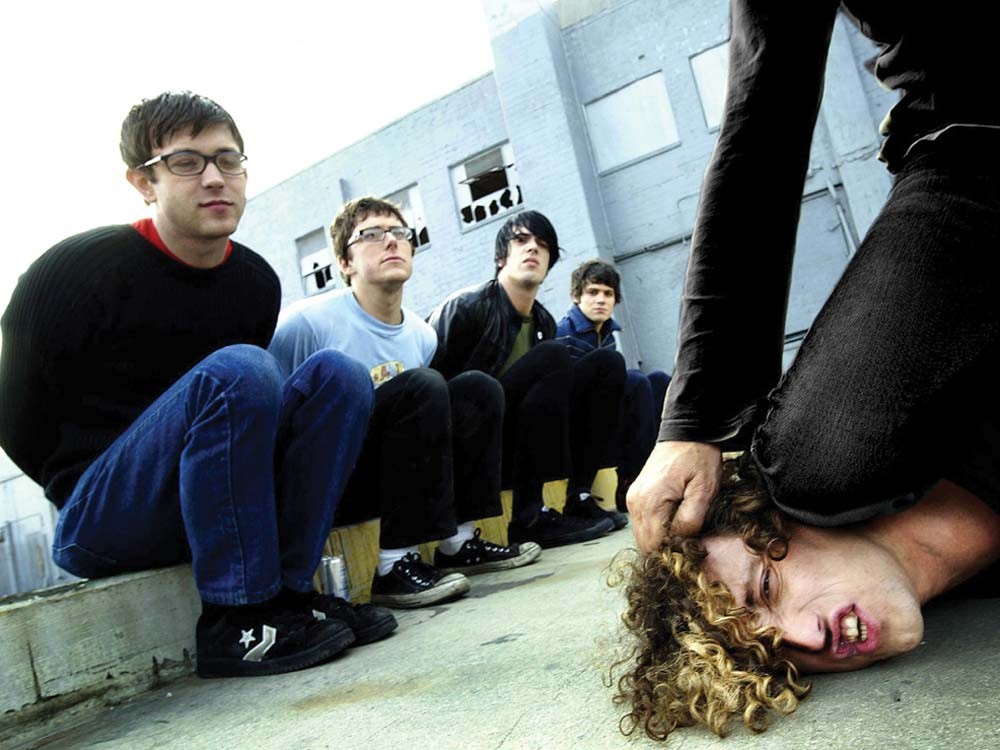 It was 2003, and it was gonna be Vendetta Red’s year. The Seattle pop screamo outfit was set to release its major-label debut Between the Never and the Now. Screamo looked to be on the verge of a mainstream breakthrough.

The band hired hit-making producer Jerry Finn (Blink-182, Sum 41) to polish some of their best songs — songs they were sure were winners. And the band was even featured on a Pepsi radio ad as an act that was going to break out that summer.

But success never came. It would be one thing if this was due to the end product being weak, but that was hardly the case. Between the Never and the Now was (and remains) the pinnacle of melodic screamo. The fact that no one seemed to dig it shocked the band’s singer, Zach Davidson.

“As a songwriter, I always thought that my music, as extreme as my lyrical content can be, could be commercial. I always thought my music could be on the radio just as much as the Smashing Pumpkins,” he says. “So it was really surprising when, after we released a record and finally got a major label contract, nobody gave a f---.”

“It was devastating, to be quite honest.” Part of Davidson’s resentment stems from the success of bands borrowing bits from Vendetta Red’s melodic scream blueprint.

“We’d been a band since the ’90s, and people who started bands who were kind of influenced by us were able to make careers out of music,” Davidson says. “And we would tour with these bands and watch them blow up and take over what we had started musically. Whereas most of the time our music is falling on deaf ears.”

Vendetta Red’s follow-up album, Sisters of the Red Death, managed to fare worse. With their dreams of success crumbling around them, the band began to fall apart — breaking up in March 2006.

“We hated each other. All of these things can kind of be offset when you have an audience and you have people who go, ‘But you’re making rad music and we appreciate it.” But when you don’t even have that, you’re like, ‘Why the f--- am I doing this band?’”

The last chapter of Vendetta Red seemed to have been written. That is until Davidson started seeing excited texts from friends about a rumored Vendetta Red secret show. It was news to him. But after thinking it over, he thought it might be good to make the unsubstantiated rumor into a reality.

Davidson reformed Vendetta Red with a new lineup for what was supposed to be a one-off show at Seattle’s El Corazon in March. But after the concert’s sold-out success, Davidson, excited that people finally seemed to be getting the music, decided to give Vendetta Red one more shot.

“It was such a fun and fulfilling, invigorating experience to play that show. And I had written a couple songs recently and was like, ‘You know, these don’t really fit in my current band (Sirens Sister). They’re kind of more Vendetta Red songs.’ So I was like, ‘This might be the only chance I ever have to reach people to hear my songs. Why don’t we try and make a record?’” Vendetta Red 2.0 will enter the studio next week to crank out a new album. While the odds are against Davidson and company making it as big as he once dreamed, he’d be content with a few more cheering crowds.

“Fan devotion is what sustains me as a human being. And, I mean, it can only get better…”