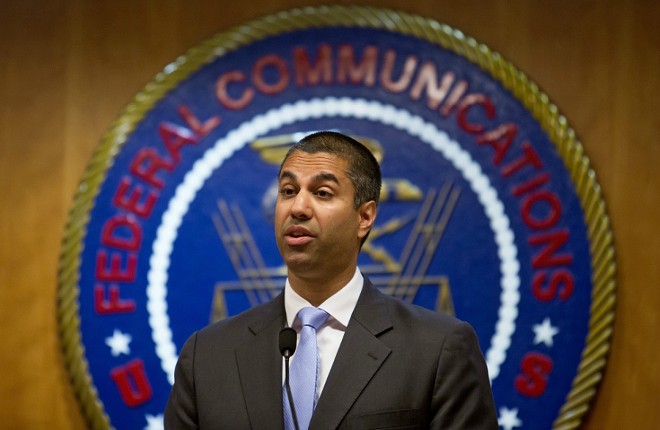 WASHINGTON — Senate Democrats narrowly won a vote Wednesday to save net neutrality rules that ensure unobstructed access to the internet.

The Senate passed a resolution in a 52-47 vote to overturn a decision in December by the Federal Communications Commission to dismantle Obama-era rules that prevented broadband providers like Verizon and Comcast from blocking or speeding up streams and downloads of web content in exchange for extra fees. The commission’s repeal of net neutrality is set to take effect in a few weeks.

The rare victory for Democrats is sure to be short-lived, with a similar resolution expected to die in the House, where Republicans have a larger majority.

“Contact your Republican senator,” Sen. Chuck Schumer, the Senate minority leader, said in a speech before the vote. “See who votes for net neutrality and who votes against. And let them know how you feel about the way they voted.”

For Democrats, net neutrality is part of a three-legged stool — internet access, gun control and marijuana legalization — they are leaning on to entice young voters to engage in the midterm elections.

It is unclear if net neutrality still holds the same interest that set off nationwide protests in December when the FCC, led by a Trump appointee, dismantled the rules. Tech companies and consumers decried the commission’s action as a major reshaping of the internet, because it would allow broadband providers to create fast lanes for websites that pay to make sure their content gets priority delivery.

Thune and other Republican lawmakers have proposed their own net neutrality legislation. The law would restore parts of the Obama-era rules, but it would not categorize broadband providers as common-carrier providers that need to follow utility-style rules.

Cable, wireless and telecom companies also support the creation of a law for net neutrality that is not as strict as the 2015 regulations.

The biggest concern was the FCC’s designation of high-speed internet services as “common carrier” services, akin to telephone services that are subject to greater regulation.

The three Republican senators who voted on Wednesday in favor of restoring rules — Susan Collins of Maine, Lisa Murkowski of Alaska and John Kennedy of Louisiana — have complained about the lack of broadband internet competition in their states.