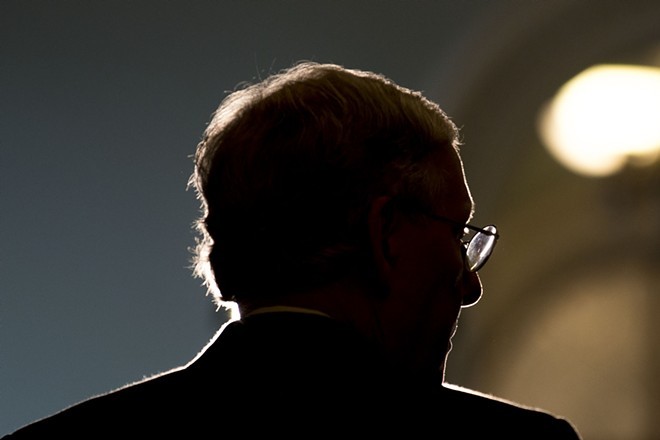 WASHINGTON — The Senate will hold competing votes Thursday on President Donald Trump’s proposal to spend $5.7 billion on a border wall and on a Democratic bill that would fund the government through Feb. 8 without a wall, marking the first time the Senate has stepped off the sidelines to try to end the monthlong government shutdown.

The procedural move by Sens. Mitch McConnell of Kentucky, the majority leader, and Chuck Schumer of New York, the Democratic leader, is the first time the parties have agreed to do virtually anything since the shutdown began Dec. 22. With most Republicans united behind Trump’s insistence that any legislation to reopen the government include money for a border wall and most Democrats opposed to the linkage, neither measure is expected to draw the 60 votes required to advance.

That means Friday is likely to come and go without action to end the shutdown, forcing 800,000 federal workers to go without a paycheck for the second time this month.

But there was hope that the votes could usher in a more cooperative phase in a crisis that has so far been marked almost entirely by partisan posturing; if both fall short the votes could add new energy to efforts to negotiate a bipartisan compromise. With the shutdown now in its fifth week, the pressure is growing on parties to reopen the government.

Still, Trump remained in a bitter spat with House Speaker Nancy Pelosi, D-Calif., over his forthcoming State of the Union address, underlining the partisan divide that has helped to fuel the stalemate. Pelosi has suggested that the president postpone his prime-time speech to a joint session of Congress scheduled for Jan. 29 in light of the partial shutdown, but Trump does not appear inclined to do so.