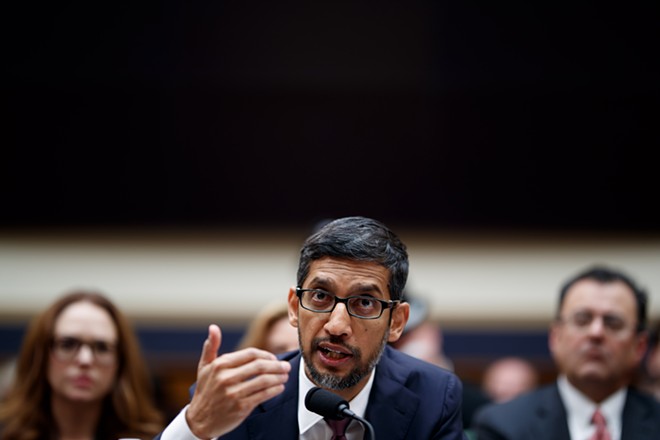 A group of Democratic senators has demanded in a letter sent to Google’s chief executive, Sundar Pichai, that the internet giant convert its more than 120,000 temporary and contract workers to full-time employees.

The letter, written by Sen. Sherrod Brown of Ohio, also urged Google to stop its “anti-worker practices” and treat everyone at the company equally.

“Making these changes to your company’s employment practices will ensure equal treatment of all Google workers and put an end to the two-tier employment structure you have perpetuated,” Brown wrote. Among the 10 senators who signed were three running for president: Kamala Harris, Bernie Sanders and Elizabeth Warren.

As of March, Google had more temporary workers than full-time employees — 121,000 temps and contractors and 102,000 full-timers, according to company data viewed by The New York Times.

The senators’ letter, which was sent last month, cites a May article by The Times that explained how Google had created a shadow workforce of temps, contractors and other contingent workers brought in through staffing companies.

The senators pushed for a number of changes to how the company treats temps and contractors, including moving them to full-time status after six months as well as equalizing their wages and benefits with permanent staff.

While many of the temps and contractors sit in the same offices as Google employees and often do similar work, they usually make less money, have worse benefit plans and do not enjoy the same rights.

Most of Google’s contingent workers are technically employees of staffing agencies, although the company acts like the employer in most cases — deciding when they work and what they do and assessing the quality of their work, according to current and former temps and contractors.

Eileen Naughton, Google’s vice president of people operations, said in a letter replying to the senators that the company strongly disagreed “with any suggestion that Google misuses independent contractors or temporary workers.” She said the company’s practices “accord with the highest industry standards.”

Naughton said Google worked with staffing companies that had a particular expertise and could offer a “career path to employees.” She added that using contingent workers was a common practice in almost every industry in the United States and the government.