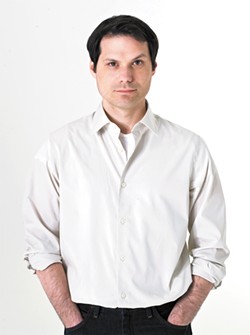 It might have been during his early years as one of the founders of comedy troupe The State, or later acting in cult flick Wet Hot American Summer and its follow-up TV series. Perhaps it was when he lent his wit and one-liners to more than 50 episodes of VH1's I Love the '80s or its myriad decade-debating spin-offs. Maybe it was at the bookstore, through one of his seven children's books, or four collections of essays and memoirs, or via one of his stand-up comedy specials.

As a writer, actor, comedian and even game-show host, it's impossible to put any easy labels on Black's style. WASP-y smart-ass? Erudite shit-talker? One thing is certain, though, looking at the man's schedule and résumé, it's easy to understand why his dream job is something that simply lets him stay home.

"I'm looking for, ultimately, a job where I don't have to leave my house, and I don't have to work particularly hard, or try," Black says in an interview before hitting the road for a stand-up tour that brings him to both the Spokane Comedy Club and Auntie's this weekend. "I think most people are looking for that job, so in that respect I think I'm like other people. I've been doing this for a few years now, and it gets harder, in terms of just staying excited and motivated. It's one of the reasons I like doing stand-up. I think an audience does motivate me and does keep me excited."

Black's career started with sketch comedy and acting; it was only after he was relatively established, in his 30s, that he started doing stand-up. It's a different route to the stage than some, and one that was aided by the repetitive airings of the VH1 shows. Black says having some notoriety before starting a stand-up career helped him have a bit of a comfort zone, because he could be relatively sure that "people are coming to see you" rather than whoever is on stage at the comedy club that night.

Once people are in the audience, of course, it's on him to create a funny, entertaining night, and that's something he works at as a writer — and something that never gets easier.

"Over time, I've developed the confidence that I can survive something not working, and refine it and change it and turn it into something, or just jettison it and move on to something else," Black says. "That's the only thing that's changed. In terms of writing jokes? That's still incredibly hard for me."

Of course, you'd never guess that from his cool demeanor and confident performing style. The only time you might see Black sweat might be when he's writing — whether it's a book, an essay, a script or a joke for the stage.

"Writing's hard," Black says. "And sometimes what works in your head doesn't work on the stage. Or most of the time. You just have to trust the process and trust that you'll find it, and hopefully you do. Sometimes you don't, and that's OK, too."

The shift from sketch-comedy ace to stand-up isn't an unfathomable stretch for fans to make, but Black's skills as a children's author and memoirist might be more surprising. He'll host "Storytime" at Auntie's at 11 am on Saturday, reading from his kids' book Chicken Cheeks; two hours later, he'll read and sign copies of his 2016 memoir Navel Gazing: True Tales of Bodies, Mostly Mine (but also my mom's, which I know sounds weird). It was inspired by a scary medical diagnosis that Black's mother received, as well as his own realization, as he entered his 40s, that men can be as vain and obsessed with their appearance as women are all too often accused of being. A big difference, though, is that men are conditioned to avoid talking about it — something true for Black, too, until he wrote a whole book about it.

"Male vanity and male insecurity isn't something most guys are comfortable talking about," Black says. "We can kind of joke about it, but that's the extent of it. Men are supposed to feel fine about their bodies in particular, and I think most don't. I think we're just as vain and uptight and concerned about our appearances and how we present ourselves to the world as women are. We just don't know how to talk about it or deal with it."

Writing the book and having the opportunity to talk about it on stage helped Black find some ways to deal with the topic to some degree, but he admits, "I don't feel like I know how to have a particularly in-depth or serious conversation about it." Body-image issues are just one way shifts in the culture have left many men, including himself, often confused about their roles.

"The women's movement ended up being very, very good for women in that it redefined gender roles," Black says. "But an unintended consequence of that, or maybe an intended consequence, was that almost by definition it reordered men's roles in society, but there hasn't been a commensurate conversation — a cultural conversation — about what that means. So there's a lot of flailing men out there, and for a long time I was one of them."

Fortunately for his fans, Black's explorations of uncomfortable and controversial topics usually end up in laughs. ♦

Jay Mohr on addiction, stand-up and why he named his newest special after a deadly Rolling Stones concert 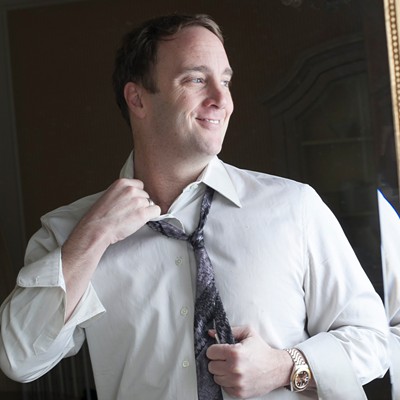