A settlement in the lawsuit against two psychologists who helped devise the CIA’s brutal interrogation program was announced Thursday, bringing to an end an unusual effort to hold individuals accountable for the techniques the agency adopted after the Sept. 11 attacks.


Lawyers for the three plaintiffs in the suit, filed in 2015 in U.S. District Court in Spokane, Washington, said the former prisoners were tortured at secret CIA detention sites. The settlement with the psychologists, Dr. Bruce Jessen and Dr. James Mitchell, came after a judge last month urged resolving the case before it headed to a jury trial. 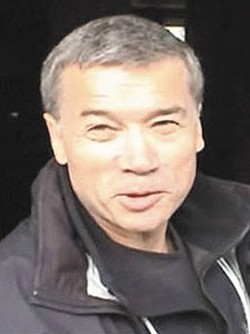 Bruce Jessen
The plaintiffs — two former detainees and the family of a third who died in custody — had sought unspecified punitive and compensatory damages. The terms of the settlement are confidential, and it is unclear whether a financial payout was involved. The parties agreed to a joint statement in which the psychologists said that they had advised the CIA and that the plaintiffs had suffered abuses, but that they were not responsible.

In a phone interview, one of the plaintiffs, Mohamed Ben Soud, said through a translator: “I feel that justice has been served. Our goal from the beginning was justice and for the people to know what happened in this black hole that was run by the CIA’s offices.”

Dror Ladin, a lawyer with the American Civil Liberties Union, which helped bring the suit, called the case “a historic victory for our clients and for the rule of law.”

The plaintiffs said that Jessen and Mitchell, former military psychologists, profited from their work as contractors for the CIA. The men received up to $1,800 a day and later formed a company that was paid about $81 million to help operate the interrogation program over several years.

The U.S. government also agreed to indemnify the men and their company, including paying legal fees, judgments and settlements up to $5 million. Some of those funds were used to cover legal bills during Justice Department investigations. As of November 2011, there was close to $4 million left, according to a document made public in the lawsuit.

James T. Smith, the psychologists’ lead counsel, said in a statement that his clients were “public servants whose actions in regard to the interrogation of suspected terrorists were authorized by the U.S. government, legal and done in an effort to protect innocent lives.”