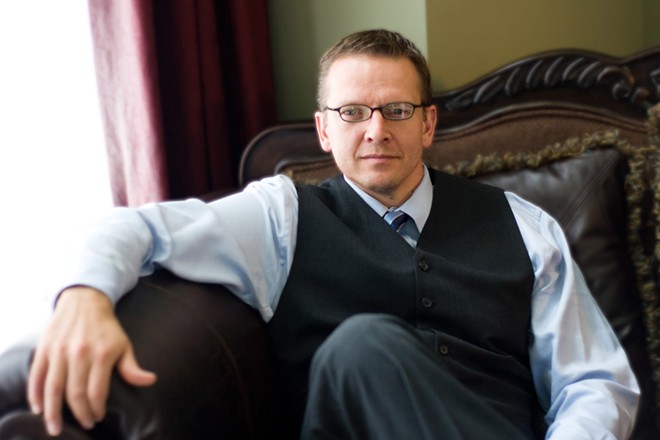 When most of us have given ourselves over to sleep, Shann Ray is giving himself over to the process of writing. More often than not, Ray writes in pencil on a piece of plain white paper, typically between 10 pm and 1 am, knowing he can work through the darkness into the wee hours as needs demand.

"There's an ancient idea that 'God dwells in the thick darkness,'" says Ray, who teaches leadership and forgiveness studies at Gonzaga University. "I love that idea," he says, his eyes flashing, a smile resting on the right side of his mouth.

"And all ancient traditions honor light which, of course, without light none of us would be here," adds Ray, whose work often explores both the dichotomy of good and evil and the permeable membrane between these inextricable forces.

His process is nonlinear, Ray says. His work includes poetry like Atomic Theory 7, prose like the award-winning American Copper, and scholarly works. The form might be secondary to the content that moves him, including his beloved former home of Montana.

"I think more of music and rhythms, you know: water, land and sky," Ray says. "Those things are just in me."

Ray recently completed two works. The Souls of Others is a collection of essays, poems and other writings, some of which have appeared in such publications as LitHub, High Desert Journal, and the Inlander. Montana Panoramic: Transparent in the Backlight is a collaboration with Bozeman-based photographer Craig Hergert that encapsulates Ray's fascination with light, both its physical manifestation of epic vistas and its metaphoric potential.

"[Montana Panoramic is] meant to honor the full complexity of the Montana landscape, which is a real echo of the American landscape," Ray says, adding that the subject is "fraught with questions, difficulty, the concepts of making things right, the concepts of atonement... life and relationships, forgiveness... love." 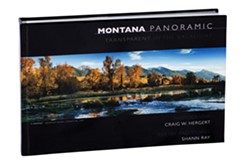 The 402-page hardcover book begins the visual journey near the Bozeman-area Missouri River headwaters prominent in so many historical narratives, and one of many places Ray lived in his youth. It follows the Yellowstone River east, moving counterclockwise through the state.

Along the way, Ray's words offer a sense of the people who might inhabit these lands.

"If a person reads the poems that run through this whole book, it reads a little bit like the story of a human family humbly in the natural world," Ray says. The book is both poetic and oblique, and although not a novel, it definitely has a beginning, middle and end, Ray says.

The book concludes with a quick visual trip down Montana's western flank to Dillon, site of the infamous Battle of the Big Hole. For most of the book, Hergert already had images, but after reading Ray's essay on Big Hole, Hergert knew he needed to re-shoot something to match the emotion of Ray's writing.

Ray's "In the Heart of the Mountains" recounts the atrocities that befell the Nez Perce at Big Hole, where U.S. troops slaughtered as many as 90 tribal members, mostly women and children. Chief Joseph escaped, however, and in recent times, one of his female descendants, Deer Park resident Robbie Paul, has invited descendants of the military involved to participate in a sunrise healing ceremony at the site.

A person can pick up the book and look at great pictures, Ray says, "but if they want to read through it, they'll get a bear attack, they'll get fishing, and genocidal history and the nature of forgiveness inside Montana and America, which is a gift."

Ray's writing about light also inspired the subtitle of the book, according to Hergert, who initially approached Ray only to write the book's foreword. The men were already familiar with each other's work: Ray had sought Hergert's permission to use some of his photos on his website, while Hergert admired Ray's award-winning collection of short stories, American Masculine.

Ray wrote about something every driver in rural areas and mountain roads understands: white crosses on the roadside "transparent in the backlight." The terms — both of which also related to photography — resonated with Hergert, who asked if Ray would contribute more writing to accompany Hergert's 300-plus photos.

The subtitle of the book, Ray says, resonated with his sensibilities, too. "We can't really hide our evil or our good," he says. "It's pretty much transparent." ♦

Somehow we arrived
from the four corners
during the upsweep of diseases inlaid
like flowers on the marble surface of our bodies.

When we breathed in Bombay
in the half-light our breath spiraled
into the dark of new Mumbai.
Not ours I mean but the mothers' from the brothels

in the bridgework of Turbhe. In late February the birds
in their millions swept the sky black with words
no one speaks, or rather words only the mothers of small

to put our scarred hands under the water of their prayers
calling us sister, God's lioness, beloved of heaven, friend.

The original print version of this article was headlined "Illuminated Manuscript"

More from The Poetry Issue

The Laureate of Vinegar Flats

In Which the Poet Tries Translating Han-Shan (Cold Mountain), No. 79: 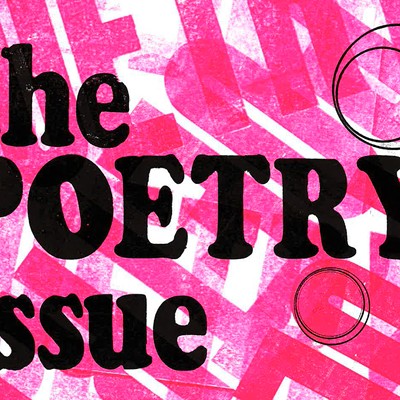 I Lost My Knife in the Flathead River

Our Year of Unbecoming

Exhausted in the Last Bar 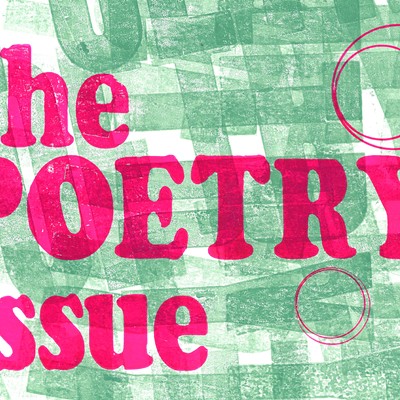 Updates on the Circumstance

Experiencing poetry in Spokane is easy with this handy guide