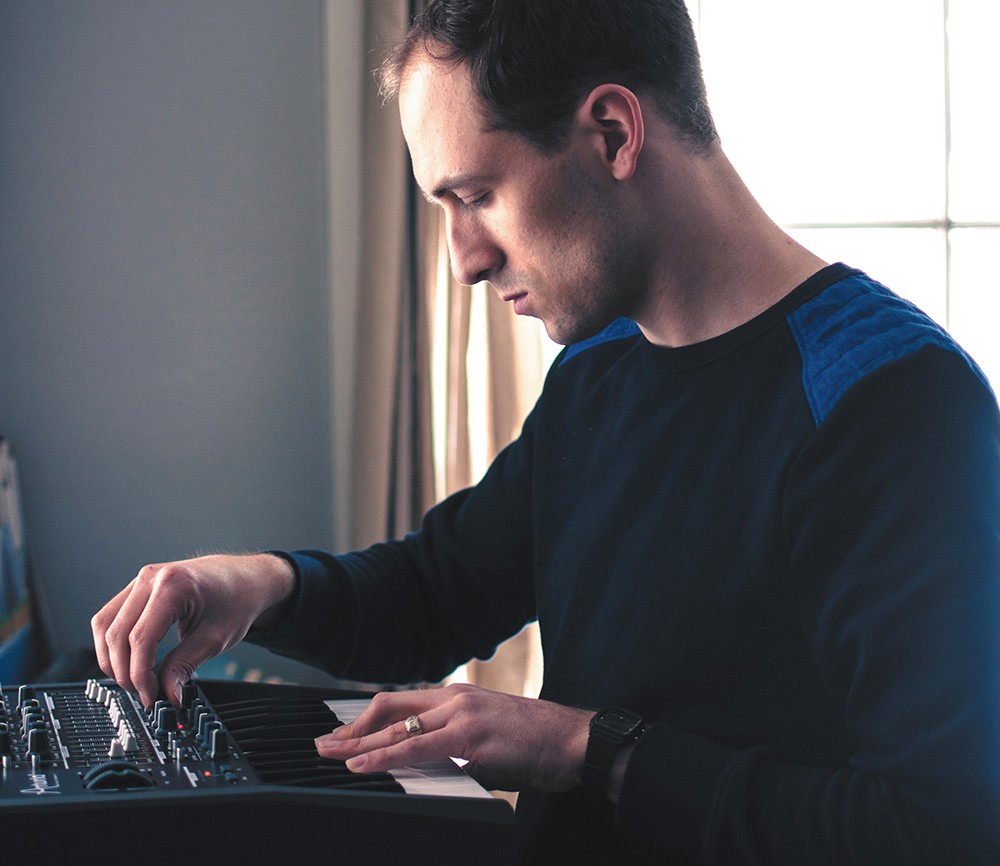 For as long as Max Harnishfeger has been playing music, he's had a synthesizer by his side. As a teen, he would spend hours trying to figure out how Broken Social Scene made certain sounds on its self-titled third album, and he pulled inspiration from Prefuse 73's "eye-opening" Preparations as an 18-year-old.

Now 23, Harnishfeger was looking for a new musical outlet after Cathedral Pearls, the local indie-rock quartet in which he programs the synth, sings and plays bass, took a break. Given his history with the genre, it was a natural choice for Harnishfeger to create an electronic solo project, which he calls Water Monster.

"I thought since I'm really into that kind of stuff and don't feel like there's a lot of people here in Spokane doing it, then I'd give it a shot," he says.

Noting a recent increase in the popularity of electronic music — from EDM to more avant-garde music — due to the accessibility of software, Harnishfeger says his decision to create Water Monster wasn't based on a trend, but on his goal to challenge himself as a songwriter. But he doesn't want electronic music to define the project, noting that he sees Water Monster as a shape-shifting entity that can bounce from one genre to the next as inspiration calls.

To date, Water Monster has released several songs. The multi-textured "Rest," for example, begins with a pulsing drumbeat that is soon layered with both the high and low ends of Harnishfeger's vocal range, synthesizer and what sounds like marimba notes.

When time allows, he, his wife Carrie, and Scott Ingersoll, brother of Cathedral Pearls bandmate Caleb, both of whom join Harnishfeger onstage, work on an EP centered on the feeling of madness lack of sleep can cause. Harnishfeger experienced that after jet lag from a trip to Germany kept him awake for three days.

"I want to create more of an atmospheric environment with the music as opposed to just making songs that are going to make people dance," he says.

Harnishfeger says Water Monster allows him the freedom to build up and tear down a song as many times as necessary, even after it's been played live, until it's just right.

"Who knows? Maybe the next one will be a complete rock record," Harnishfeger says with a laugh. "I want to take it an album at a time. I want to be able to have an endpoint to a certain sound of the album, and then be able to move on and change from there." ♦