Some Idaho lawmakers want to protect knife rights; plus, looking for a new police ombudsman 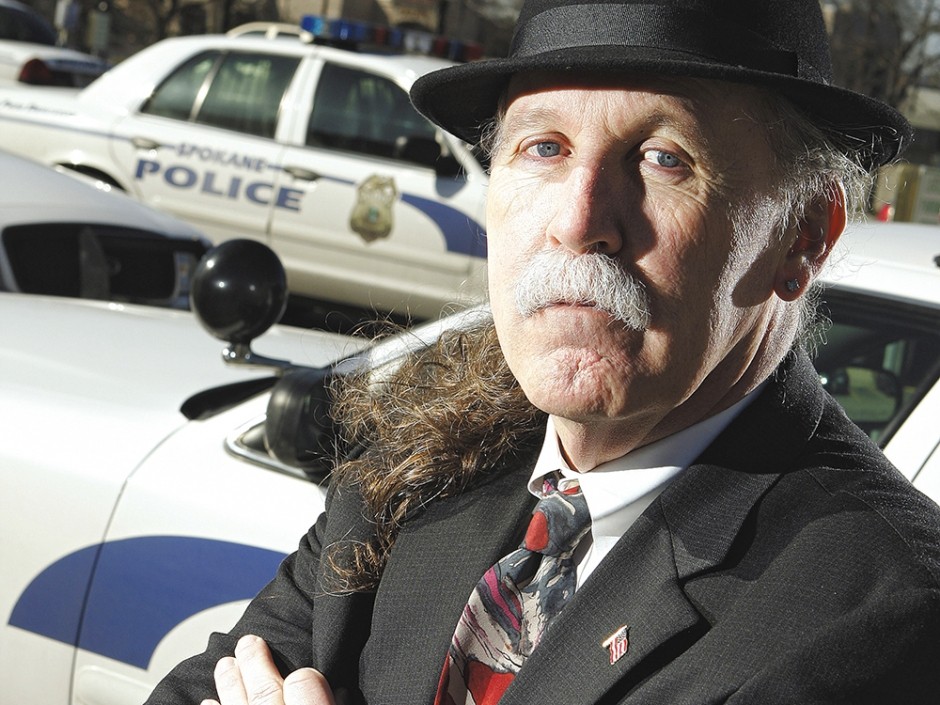 While state law prohibiting "DANGEROUS WEAPONS" on school grounds would remain in effect, according to a February letter from the Idaho attorney general's office, it could eliminate many school district's restrictions on pocket knives with blades shorter than 2 1/2 inches and rules governing weapon searches.

"I'm worried it takes us backwards and creates an environment that would be unsafe in schools," says Coeur d'Alene School board member Christa Hazel. "If we can't prohibit knives in our schools, it really worries me as a parent."

In a February committee hearing, bill sponsor Sen. Lee Heider, R-Twin Falls, said there wasn't currently any problem in Idaho with local entities being overly restrictive of knives. But several states had passed a similar law.

"They've chosen this course so people don't come out and legislate against knives," Heider said.

At least for Hazel, the frustration isn't over the debate for knife rights, but over the values of local versus state control.

"That's what's surprising me, when I see a Republican state senator, talking about state law having supremacy," Hazel says. "I believe in the mantra that local control is best." (DANIEL WALTERS)

The city of Spokane has posted a job opening for its vacated ombudsman position. The ideal candidate, according to the listing, has at least five years of legal and investigative experience and is familiar with police procedures and internal investigations.

TIM BURNS, the first person hired for the position in 2009, retired in January of this year, just weeks after the Office of Police Ombudsman Commission awarded him a three-year contract extension in November 2014.

In the two and a half months between Burns' retirement and the job's posting, the ombudsman office has been relatively quiet. No police investigations have been certified as timely, independent and objective in 2015, for example, compared to eight certified cases by this time last year.

The reason it took so long to announce the vacancy is because a five-member search committee had to be formed and the description finalized by the Office of Police Ombudsman Commission, according to Meghann Steinolfson, senior human resources advisor for the Spokane Police Department.

Steinolfson says the search will extend across the country, but could not comment on how many applications she's already received or how long the until the position is filled. Once the search committee selects its top three candidates, it will refer them to the OPO Commission for final selection. (MITCH RYALS)

'Bursting at its seams'

A bill that would update Washington state's involuntary MENTAL HEALTH treatment system has failed to pass a key legislative hurdle.

The impetus for the legislation stems, in part, from the death of Joel Reuter, a 28-year-old software engineer living in Seattle who was shot by police while experiencing a mental health episode.

Under the current law, an adult or minor may be involuntarily committed with a court order if they pose a likelihood of harming themselves or others or are seriously disabled.

The bill would have expanded that criteria for involuntary commitment to someone experiencing a "persistent or acute disability." This new criteria would include individuals who have a severe mental disorder that, if left untreated, impairs their capability to make informed decisions regarding treatment and to suffer emotional, mental or physical harm.

Proponents of the legislation said that it would allow for a more proactive approach towards individuals suffering from mental illness who would get swifter treatment, preventing their situation from escalating.

But opponents raised issues about its cost, specifically from the Washington Defenders Association and the Washington Association of Criminal Defense Attorneys, who said the current system is currently "bursting at its seams," and new grounds for committing people would just exacerbate existing problems. (JAKE THOMAS)