Bing Crosby wasn't the only musician to come from this town; here are others you may not know about 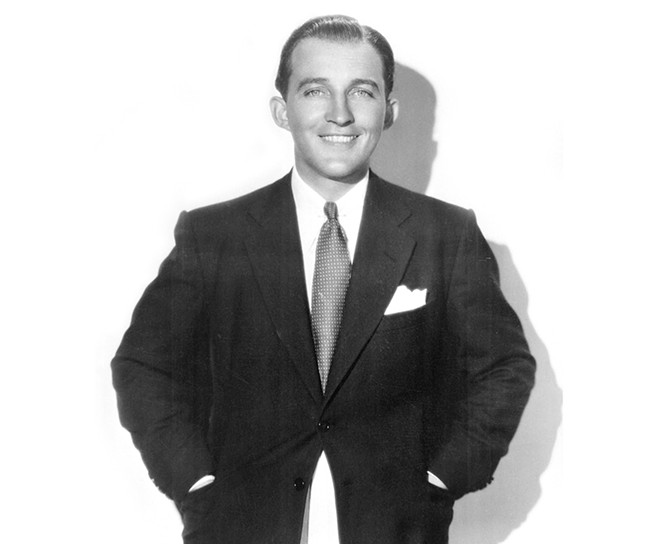 Bing Crosby will always loom large over his hometown.

It's at Christmastime that we feel him most, thanks to his best-selling song of all time, "White Christmas," and all of those saccharine holiday flicks. As wonderful as Crosby's legacy is for Spokane, there are other musicians who have proven, and are continuing to prove, the Inland Northwest's worth.

Unlike other Pacific Northwest cities, Spokane has never had an indie moment that catapulted our music scene onto the national stage, but it's important to educate yourself on what has come from here. Check out some of the rock and pop musicians affiliated with the Lilac City; may many more join them soon.

Famous for: Back in the 1990s, Kennedy played in various Spokane rock groups, and his band the Mayfield Four scored a deal with Epic Records. When that group crashed and burned, he became frontman for Alter Bridge, which contained three members of Creed. Over the past seven years he's also been lead vocalist for a band formed by Slash, the Guns N' Roses guitarist.

These days: Kennedy plans to come home for the Future Song Foundation Benefit Concert at the Bing Crosby Theater on Thursday, Dec. 15. The acoustic performance features former Rare Earth drummer Peter Rivera, who now lives in Spokane. Find out more about his nonprofit at futuresong.org.

From left, Myles Kennedy, Allen Stone and Andra Day all have ties to Spokane.

Famous for: Born in Spokane, Lynch is one of the most influential guitarists to come out of the 1980s hair-metal era. Although he wasn't raised here — he grew up in Northern California — Lynch has brought pride to the area as a member of Dokken and later his own Lynch Mob.

These days: In 2015, Lynch released a new solo album, an album with Stryper frontman Michael Sweet and also a Lynch Mob record. While Dokken performed at the Spokane Arena last week, Lynch was not a part of that tour.

Famous for: Mostly those huge glasses. But also that he was signed to Capitol Records in 2014, thanks to his new-school soul music vibe. The Chewelah native moved to Seattle in 2007, but he's regularly spotted in the area, especially at Bonnie Raitt shows.

These days: After his album Radius was released in 2015, Stone continues to tour. His 2016 Sasquatch! packed-in dance tent set was a festival highlight, after being moved from the main stage due to high winds.

Famous for: Her turn in an Apple Christmas commercial with Stevie Wonder late last year. The TV spots opened the eyes and ears of folks who'd never heard the vocalist's luscious pipes. Last year, Rolling Stone dubbed her an New Artist You Need to Know and her full-length studio album earned two Grammy nominations. While Day was born in Spokane, she's another one of those artists raised in California.

These days: Day was recently heard on the Hamilton Mixtape, a remix of songs from the huge Broadway hit Hamilton.

Famous for: Everclear, the 1990s Portland group that found success with songs such as "Father of Mine" and "Santa Monica." Before Montoya left for Portland, he attended Mead High School. In 2003, Montoya left Everclear and went on to form other projects.

These days: His most recent band, Castella, hasn't posted a Facebook update since 2015.

Famous for: Sunny Day Real Estate meant a lot for Northwest teens growing up in the 1990s. Though the emo band — one of the genre's first acts — was technically based in Seattle, Hoerner, their guitarist, originally hails from Spokane.

These days: Hoerner, along with his wife, reopened the historic downtown Spokane music club the Big Dipper two years ago, where he continues to give opportunities to many local musical acts.

Famous for: Running away from his Spokane home at 17 and joining the Byrds, led by Roger McGuinn and David Crosby. The year was 1964 and Clarke had no idea how to play drums, but over a four-year stint with the band, he eventually caught on. He later got into legal issues with other members of the Byrds for using the band name on tour without permission. The drummer was also a member of the Flying Burrito Brothers.

These days: Unfortunately, Clarke died in 1993 of liver failure due to a lifetime of heavy drinking. He was 47 years old.

Famous for: Playing bass in Tool. After leaving the group in 1995 to pursue other projects (and get a chance to play guitar, his original instrument), D'Amour has performed in multiple bands and has film composing credits to his name.

These days: D'Amour remains the only former member of Tool. Currently, he plays bass in the rock act Lesser Key.

Famous for: Though not a part of the original lineup, the bassist is currently a member of the influential Tacoma garage-rock act the Sonics. Prior to that, Dennis played in the Liverpool 5, a rock group that relocated in the mid-'60s from Britain to Spokane, where he joined up. He was also a member of the Kingsmen.

These days: Now in his 70s, the musician continues to play with the Sonics, a group that bands and performers including Nirvana, Mudhoney, the White Stripes and Bruce Springsteen have all cited as an influence. ♦