Spokanite Joel Barbour has survived, while his casual-wear clothing company has thrived 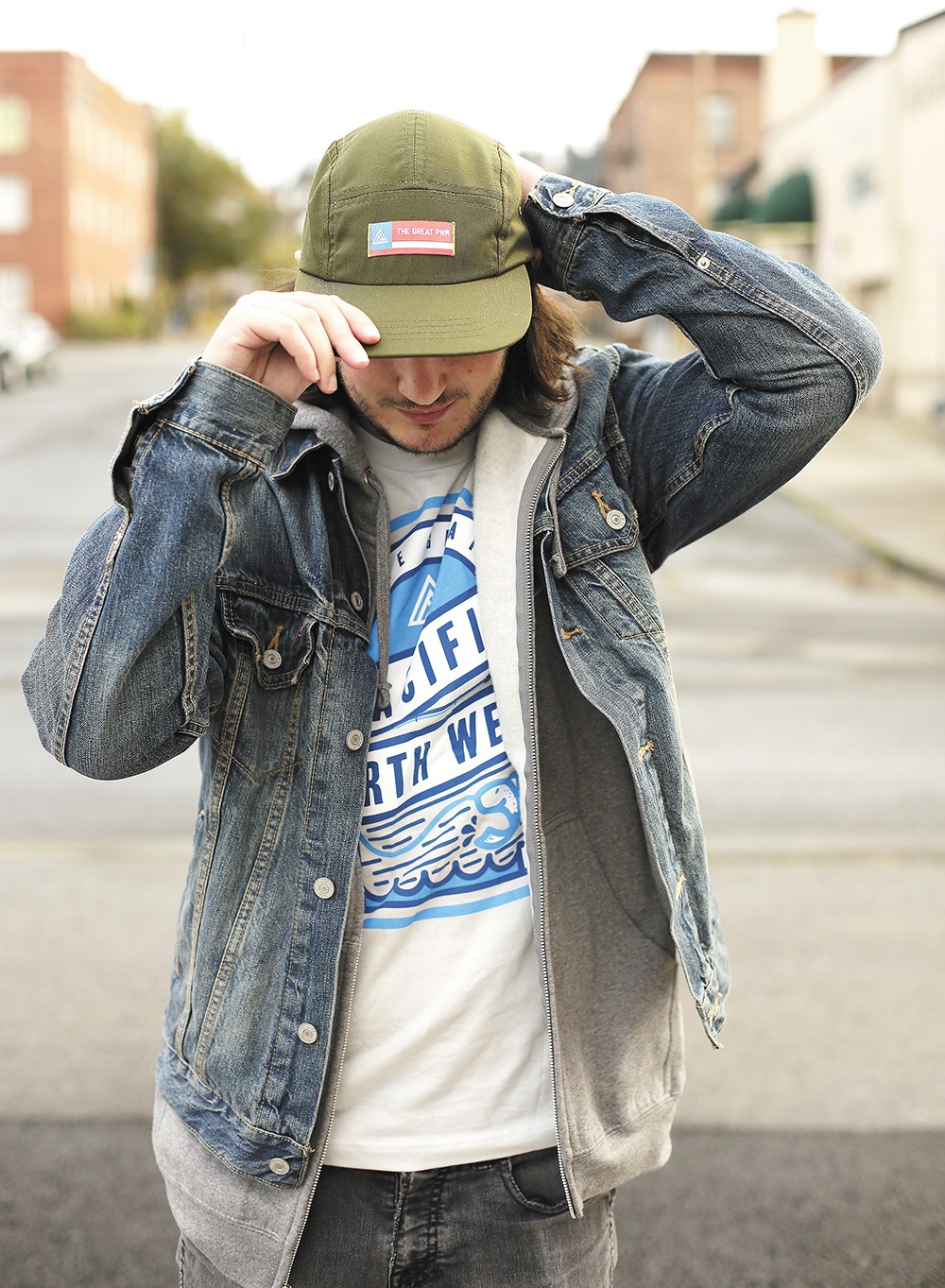 Young Kwak
People stop Joel Barbour, the Great PNW founder, all the time wondering where he got his hat or T-shirt.

Waking up four days later in a hospital bed, he had to be told that his motorcycle was damaged beyond repair by a car, that eight of his ribs were broken and a titanium rod had been installed in his leg. Miraculously that week, his 30th birthday still came quietly to greet him.

"I'm a mover, so to have to stay in one spot at first was torture," says Barbour, whose apparel company, the Great PNW, had just moved to a new spot on Monroe Street prior to his accident. "Not being able to pick up my kids in my arms, that's even worse."

But he's alive, and nearly three months after the collision, he can walk with the aid of a metal cane. He expects a full recovery within a year but now is back at work, with the help of his wife, Tori, and two other employees, fulfilling orders and getting out the next line of clothing, which he still designed in full.

The inside of the company's hoodies read: "For best use expose to wild air and sights unseen." Even though the Great PNW makes tees and sweatshirts that people could wear comfortably on a lazy Saturday morning, his brand wants wearers to get out in the world, one that is sometimes scary.

"This is a casual-wear company, not performance gear. I want people to be stoked when they find this shirt in the laundry pile," Barbour says. "We don't care if you camp, but people who wear our stuff love it here in the Pacific Northwest, and a lot of that has to do with the outdoors."

An avid skateboarder, Barbour designed the undersides of boards for many of his friends and even a couple of local shops. He decided to apply those graphic design talents to T-shirts, and hats and mugs and koozies and stickers.

First aided by a Kickstarter campaign in 2013, Barbour has grown his company from his dining room table to being able to go full time a year ago. After selling at REI regionally for a year, the Great PNW finally came to Spokane's store last month. Many of their items are also sold at Powell's Books in Portland and around a dozen other spots in Seattle and Spokane.

Over the years, he's discovered that simplistic designs — his favorite — are not always what sells. Colors have a major impact on whether an item speaks to his audience. Red usually does quite well, as do black and gray. Yet there's no magic solution to know which designs — all of which are printed in Spokane Valley — will sell.

"That balance is hard to find," Barbour says. "Is it the color? Is it the design? It's impossible to gauge. Every season when we get a new line out, it's fingers crossed. You put so much work into each design, and you don't know."

Barbour is well aware that plenty of millennials like him have started their own T-shirt and cap companies, but many of those have fizzled out.

"It's a trendy thing to do right now," Barbour says. "But so many want to make a business first, and forget about the passion aspect of it. I think the way to make this successful, it has to happen organically." ♦

Find out more at thegreatpnw.com.