Local rapper Cary Hays is about to perform for the first time in two years, and he wants you to know how much he's changed 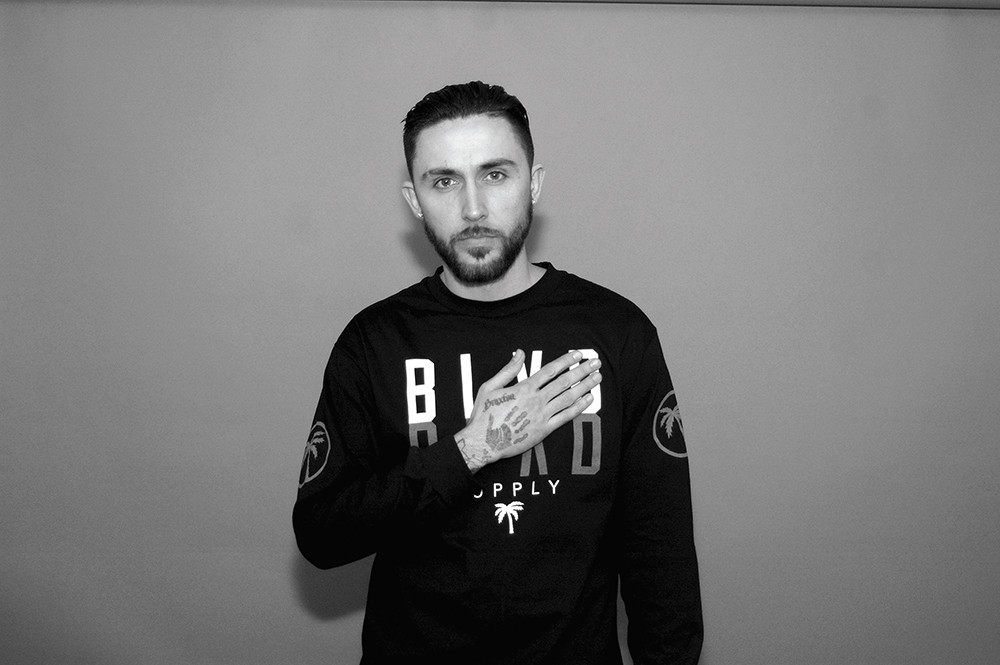 Growing up in Hermiston, Oregon,

rapper Cary Hays was the punk kid who questioned authority. His mother, his teachers, his parole officers — they were all at a loss. Many of Hays' stories involve him being somewhere at the wrong time; he admits he hung out with gang members and drug dealers. The first time he went to juvenile detention at 13? He says that was on him.

"I got in a fight with a kid at school," he says. "I hit him in the head with a skateboard. I still feel bad about it."

Today, the rapper, sporting a Macklemore-esque haircut and an easy smile, hunkers down in a back booth at the Safari Lounge at the Davenport Hotel during lunch. His hands shake slightly. He says he's nervous to open up about his past, but wants his listeners to understand what is real.

"The only things I ever excelled in were writing and creative things," the 31-year-old says.

Beginning a career in hip-hop at 18 while living in Seattle, he's released six studio albums under the moniker Haze. But now he's using his real name. What people will see on stage this weekend, for his first show in two years — that's all him.

Eleven months ago, everything changed for Hays. His then-girlfriend was going to leave him. His drinking was wrecking his body. Sometimes, he wouldn't eat or drink water. He was barely writing music, either.

"My now-fiancée walking out, that was the clincher," he says.

He says he hasn't touched a drop since, has a baby on the way and recently landed a casino job. After years of being part of "the system," he says he's finally no longer on parole. His renewed sense of making music led to the release of Mixed Signals in November, a new website and hustling his tunes everywhere he can.

Hays' writing is methodical. Often, cadences come first. Later, he'll fill in with words that fit the rhythm. He produces all of his own catchy and explosive beats. His lyrics don't shy away from his distrust of cops or his mixed views on women ("some women act like hoes," he says), with language ranging from respectful to misogynistic.

When asked about the future, a sunbeam suddenly shines through the restaurant window. For a man who has been through so much turmoil, warranted and otherwise, his dreams are simple.

"I want to own a home in north Spokane with a view," Hays says. "I want to make music daily, live with my wife and children. I want to see Spokane explode creatively, and be a part of it." ♦