Makes you want to break up with television forever. 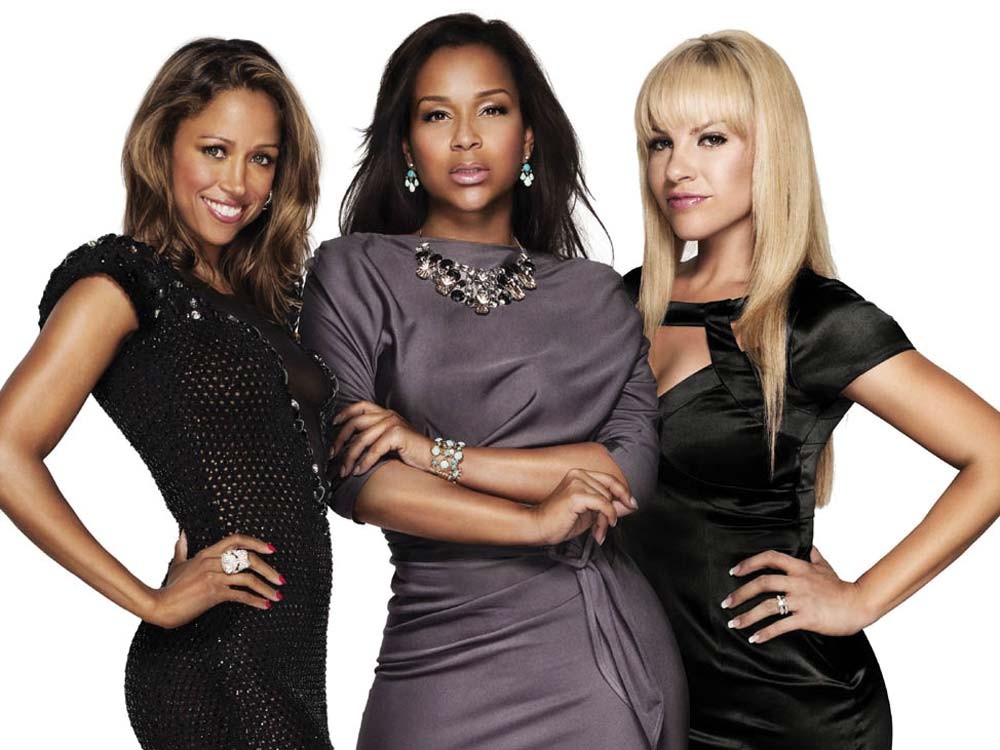 Makes you want to break up with television forever.
During a web interview, Stacey Dash, Single Ladies protagonist Valerie “Val” Stokes, says she was drawn to her role because “the story line is all something we can relate to.”

Upon hearing this, my male counterpart — who watched the first episode — fell off the couch laughing.

VH1’s new series “shines a light on the reality of love,” or at least it is supposed to, according to creator Stacy A. Littlejohn (The Wanda Sykes Show).

That “light” is eclipsed by ridiculous dialogue, ghastly acting and completely unrealistic scenarios, obliterating all chances of this show and its trio of love-seeking BFFs from being taken seriously.

Not that differing philosophies on sex and relationships are bad avenues to explore. But when it comes to addressing timeless mysteries such as “What do women want?” — which is right up there with “Why do cats always land on their feet?” — bring something fresh to the table, for heaven’s sake.

Any benefit of the doubt I was willing to give this series evaporated three minutes into the premiere, when three champagne-imbibing couples debated the difference between “nasty” and “acceptable nasty.”

“It’s going to do for Atlanta what Sex and the City does for New York,” claims cast member Anthony Montgomery (Star Trek).

Guilty-pleasure sensationalism we get from bitch-slapping outbursts in reality TV? Not the same when it’s scripted.

VH1 calls this a comedic drama, but it’s really an amateur soap opera where the only comedy or semi-illuminating one-liners come from Keisha (Lisa Raye McCoy). Her character’s obvious similarities to Samantha Jones from Sex and the City, however, fall short.

Sure, viewers will identify with some legitimate debates — like what do you do when you’re equally good friends with two people who are seeing each other, and one starts to cheat?

But there’s no follow-through (yet) to these questions, and any moral truths get lost in a sea of silly epiphanies, like, “If I were a weaker woman, I’d be really screwed up right now.”

Bottom line, the ultimatum “put a ring on it” packs a much better punch coming from Beyonce than Val.

Mancations
The trailers for this show about comedians Evan Mann and Gareth Reynolds, who travel America to find the perfect guy getaways, had me rolling. And we’re not talking male-centric sex humor, like The Man Show. It’s good, fun I Love You, Man humor. Just two male besties getting into goofy shenanigans with space camp, Navy SEAL training and flying tricycles. (Travel Channel, premiers June 5, 9 pm)

Teen Wolf
For all the Twilight fanatics who saw through Jacob’s rippling abdominals to the terrible CGI werewolves, hopefully MTV’s attempt will be better. If you’re going to create a sexy mythical creature, dammit, do it right. (MTV, premieres Sunday, June 5, 11 pm after the MTV Movie Awards)

Franklin & Bash
TNT shelled out a wad of dough for advertising during the NBA playoffs, but is there substance behind the hype? Mark-Paul Gosselaar (Saved by the Bell) isn’t quite the Zach Morris he used to be, but he’s still nice to look at. He and Breckin Meyer (Road Trip), are “fly-by-the-seat-of-their-pants street lawyers” who shake things up at a tight-ship law firm. (TNT, Wednesdays, 8 pm)