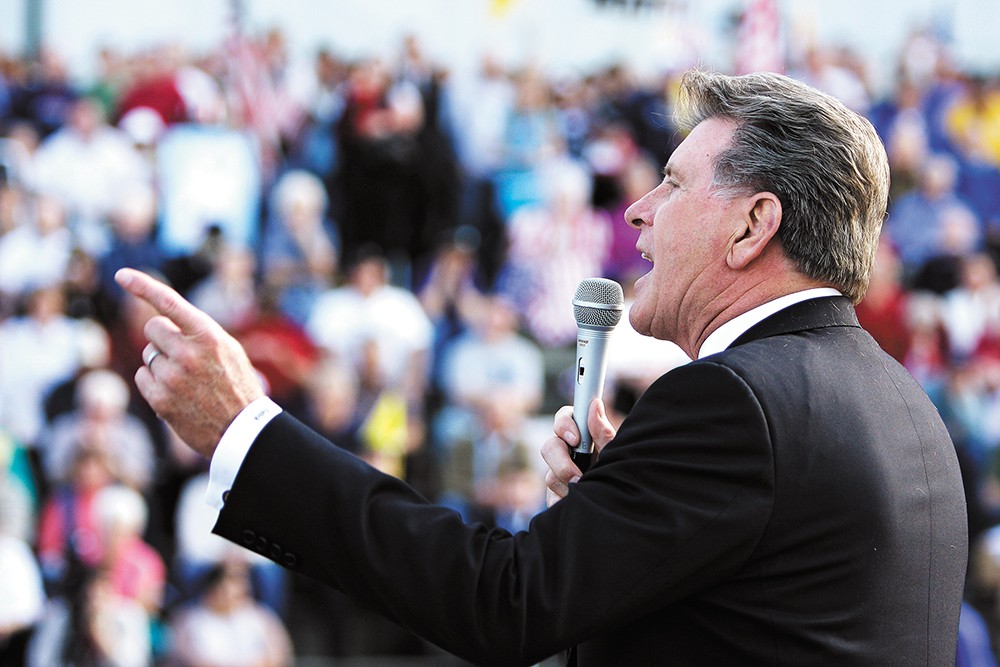 Young Kwak
Gov. Butch Otter is speaking out in favor of Idaho's Proposition 2.

In the final week before the election, advocates of Medicaid expansion got a major last-minute endorsement: outgoing Idaho Gov. Butch Otter.

"Proposition 2 is an Idaho-based solution," Otter says Idahoans for Healthcare ad. "Vote yes for Proposition 2, it's the right thing for Idaho."

His wife, Lori Otter, chimes in, too: "Proposition 2 will help our rural hospitals, boost our economy, and create jobs."

In one sense, it's not a total surprise: An Idaho work group convened by Otter twice unanimously recommended Idaho expand Medicaid, particularly under an outcome-based "managed care" model instead of the traditional fee-for-service model. On several occasions, Otter's administration proposed modified versions of a Medicaid expansion, such as a proposal that only expanded Medicaid to patients with certain costly conditions.

But without support from the Republican-controlled state Legislature, Otter was never an outright champion of Medicaid expansion.

But now, he joins a number of outgoing legislators, including North Idaho's Luke Malek and Shawn Keough, in explicitly endorsing Proposition 2.

"Those of us who don't have anything to lose at this point of time are saying, 'let's get it going,'" Malek says. "It's the best thing for the state at this point."

But the Idaho Freedom Foundation, a long-time right-wing critic of Otter, objected to the idea that expanding Medicaid under Obamacare could possibly be an "Idaho-grown solution."

"Shame on Butch Otter for making one of his final official acts of office to pimp Obamacare to Idaho voters," Idaho Freedom Foundation President Wayne Hoffman says in a statement.

And even on the left, Otter's last-minute conversion to the cause of Medicaid expansion isn't necessarily being greeted with hosannas. Marc Johnson, former chief of staff for Idaho Gov. Cecil Andrus, suggested it was cynical, intended to provide cover for gubernatorial candidate Brad Little, who declined to take a position on the expansion.

"Lots of Republicans are going to vote 'yes,'" Johnson said on Twitter. "He wants to be on the winning side."

But even that theory is remarkable: Is Medicaid expansion so popular in a deep-red state that bandwagon-jumping politicians are leaping on board?

The original print version of this article was headlined "Sweet or Sour?"