Get in the mood for winter with a variety of flicks featuring killer cinematography and even better skiing. 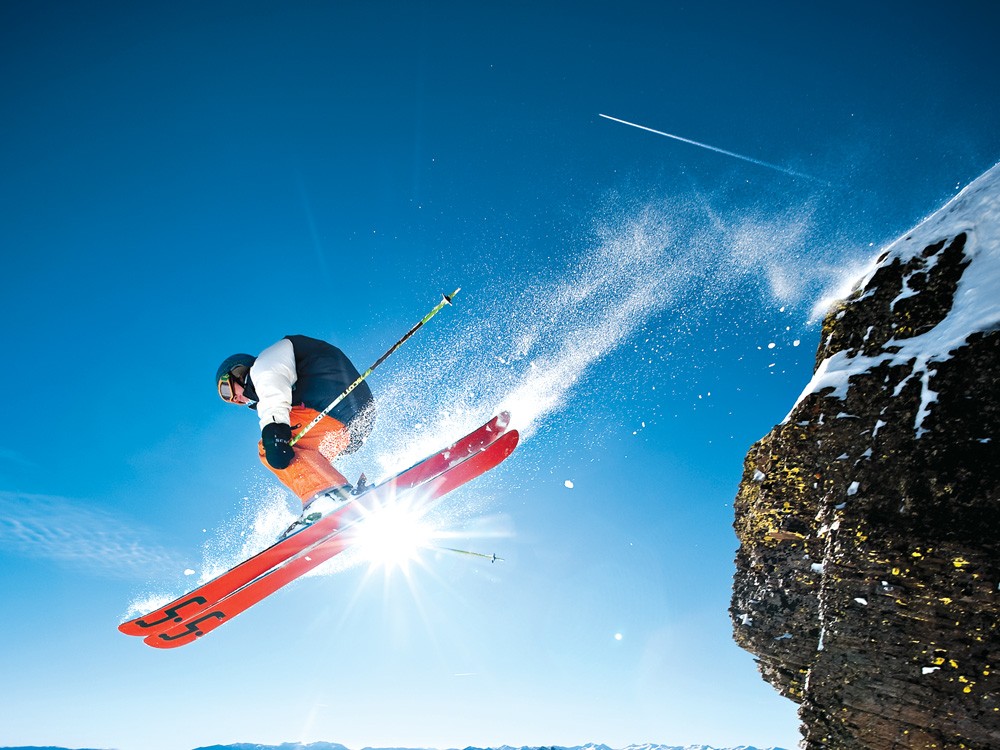 Keoki Flagg
Scene from Warren Miller's Like There's No Tomorrow.

The pressure’s off. No one’s watching. It’s just you, your boards and the mountain.

Well, actually, it’s just you, your popcorn and a big movie screen of snow junkies bitin’ powder in front of you.

While Warren Miller is no longer personally involved in making the films, the production company has kept up the tradition of offering a ski film every year in his name.

The film features Chris Davenport, Daron Rahlves, Colby West, Andy Mahre, Seth Wescott, Julia Mancuso and others as they “drop into the runs we see in our dreams as we wait for the seasons to change.”

There’s also footage of a truck with a mounted machine gun in the trailer, FYI.

If you go to one of the Spokane shows, gird yourself to enjoy a bunch of ski-related booths and promotional offers, too.

One For the Road

The movie is promoted as having a road-trip feel. “Whether shredding with longtime ski partners, or meeting a seasoned character in some far-off country, wisdom is gained through these new experiences.” Indeed.

The third annual “Spread the Shred” is a fundraising gig to help underprivileged Spokane kids enjoy the sweet slopes just like their middle-class and upper-crust peers. The event (benefits of which will go to SOS Outreach for ski gear lessons and passes for said kids) is set to include rebellious awesomeness such as snowboarding flicks Ransack Rebellion and Defenders of Awesome.

The latest film from Matchstick Productions attempts to showcase the talents of today’s best skiers during purportedly the snowiest winter of their lives.

Filmed in Colorado, Alaska, British Columbia, Washington, California and many other world-class destinations, Attack of La Niña rests on the premise that the weather pattern it’s named after created record snowfalls. And you might agree after watching one enterprising skier jump a locomotive in the trailer.