Tattoo artists from all over the country will convene in Spokane this weekend. Some of them will be hanging from meat hooks.

“That's the ass cheek of a 75-year-old woman," announces Duffy Moon of Tiger Tattoo, holding his portfolio open to a photo of a large, unrecognizable patch of skin emblazoned with a ferocious-looking Tibetan tiger. He grins. “It was her first tattoo.”

Moon is one of select group of local tattoo artists who will have booths at the third annual Lilac City Tattoo Expo this weekend. If you’ve never heard of the Expo before, you’re not alone — it’s been an under-the-radar event, despite attracting 2,000 guests each year. It has received attention from national tattoo magazines like Tattoo Revue and Tattoos for Women, but little from the local press.

“To have something like that in Spokane and people don’t know about it — it’s crazy,” exclaims Carey Cady, who co-founded and now co-organizes the Expo with Shawn Millworth. Cady, the former owner of Hot Rod Tattoos and Collectibles in Hillyard, and Millworth, owner of the Hive Tattoo & Exotic Body Piercing in Moses Lake, conceived of the Lilac City Tattoo Expo after being deeply dissatisfied with previous tattoo conventions in Spokane.

Cady took up tattooing after he retired from the Navy after 22 years. A large portion of his body is covered with tattoos in the “American traditional” style: pin-up girls, Native Americans, roses.

He compares his tattoo collection to an art collection, in which each tattoo was carefully planned and each tattoo artist specifically chosen.

He has little tolerance for bad tattoos.

“It’s an invite-only show,” Cady says, “We want to make sure that anyone who gets a tattoo gets a quality tattoo.”

This year, roughly 75 artists have been chosen. Most are from the Pacific Northwest, including Jeff Gogué of Grants Pass, Oregon, but others are flying in from California, Kansas and Virginia. Six shops in Spokane will be lending tattoo artists to the Expo.

Skully, owner of Rated R Tattoo, likes “getting tattoos by other people that you wouldn’t normally tattooed by.” Fascinated by tattoos since he was kid — “taking Bazooka Bubble gum stickers and sticking ‘em on each other and getting into trouble for drawing on the other kids” — Skully has tattooed at the Expo since its debut. To him, it’s “a fun freak show.”

His apprentice James Wenzel, who could pass for a Mormon missionary in a long-sleeved shirt, adds that “A lot of people associate tattoos with motorcycles or gangs, but you go the show and you can see stuff that makes you turn your head — real art.”

Colleen Weenis of Bullet Proof Tattoo will put on a suspension demonstration. Participants will be pierced with hooks and then hung from the ceiling in various postures. Cady and Willmorth describe the suspension demonstration as a definite must-see, showcasing the incredible strength of human skin and the possibilities of exercises in mind over matter.

For attendees, the Expo is place to learn and marvel. “It’s art on skin. It’s a different kind of canvas. It’s not like paper. It’s not anything you’ve ever worked with before. It’s living flesh, living tissue. It’s amazing what you can do with the muscle structure, the anatomy of the human body,” explains Brandon Bobst of Missing Piece Tattoo, another Spokane shop with a booth at the Expo.

Summing it all up, Kimberly Jones says, “Your body is your home: Wallpaper it.”

DEVIL IN A BLUE TAT

He swallows swords and pumps his stomach full of Windex. She eats light bulbs and electrocutes herself. He is the Enigma, the tattooed, devil-horned wonder famous for appearing on Ripley’s Believe It or Not and The X-Files. She is Serana Rose, a tattooed indie fashion designer capable of sticking nails and knives through her tongue. Together, they’re Show Devils, a traveling sideshow act performing at tattoo conventions nationwide, and in Spokane May 16-17 at the Lilac City Tattoo Expo.

Inlander: How’d you get into doing sideshows?

The Enigma: Well, it all started with piano lessons and flute lessons and singing lessons and dancing lessons when I was 6 years old and growing up. When I was 15 years old, I stumbled across this little book of sideshow traditional stunts and decided that it was worth my life to pursue sword swallowing.

Serana Rose: I started designing clothing for shows. And music was a hobby of mine, and I was into theater, which is a big part of our show.

Why are you called “The Enigma”?

E: Everyone back in the day was named after their act, in Americana sideshows from the 1840s to the 1950s. In the sideshow, [kids] would see the natural-born wonders and the human marvels, those that alter and contort their bodies to do weird, strange, amazing things. So thus we are human marvels, carrying on the tradition of America.

How you want people to feel as they watch you?

E: Hopefully [the audience] realizes that there are more things that they could do, conceivably, than what they thought before. Maybe they can’t make their car payment, but, “Wow! If humans can do what these guys do, then we should be able to do anything.” It’s kind of like the Olympics. Hopefully, people get inspired by that.

SR: It’s kind of a live drama, romantic comedy that involves a lot of stunts and ideas [about the American sideshow tradition] are presented while the stunts are going on. We’re celebrating our culture, but we bring power tools to it, making it more modern. And I guess the main message is freedom. 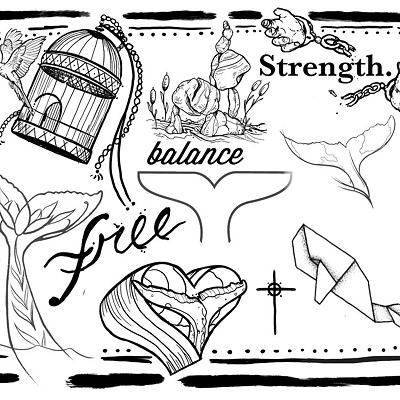 Carey Jackson is a former intern for The Inlander