Firefighters agree to some budget concessions. But will anyone else? 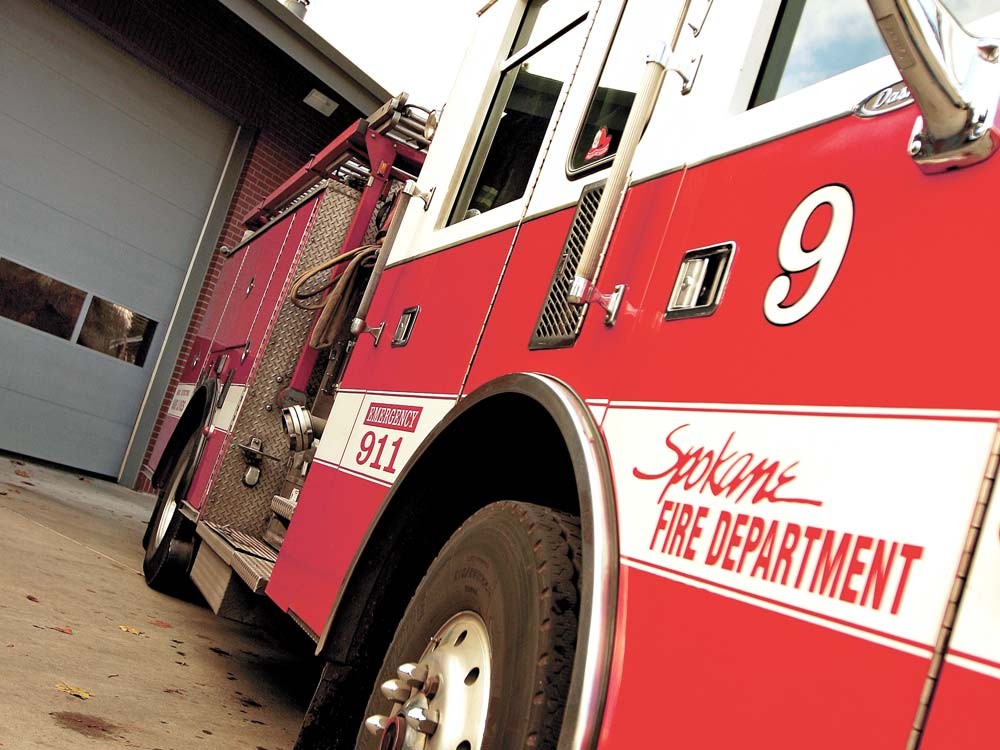 Young Kwak
Spokane's Fire Station No. 9 was close to being shuttered before firefighters agreed to forgo pay raises this year.

Firefighters save many things: burning buildings, kittens in trees and — in the last week — their own jobs and a fire station.

As the first bargaining unit to strike a deal with the city during the latest round of budget negotiations, the Spokane Firefighters Association (IAFF Local 29) has done what every other union at the city has refused to do — namely, meet Mayor Mary Verner’s demands.

Specifically, the union has tentatively agreed to forgo a cost of living wage increase. In return, the department will face a less severe cut and jobs will be saved.

The police union, to date, hasn’t been as amenable.

“So far during our discussions, the city has been unwilling to compromise with their demands,” says Ernie Wuthrich, president of the Spokane Police Guild. “They’ve not been receptive to our discussions. I wish they’d be a little more flexible.”

The relationship between the city and these two unions continues to be challenging. Both struck deals with the mayor last year, as did many of the city’s other eight bargaining units.

Local 270 saved $780,000 by allowing only their more senior members to receive raises, among other things. At the time, Cavanaugh said he expected those concessions to insulate it from layoffs this year. Obviously, that didn’t happen. This year, they’re anticipating losing 20 members, while having another 20 “re-classified” — which, in this case, means “demoted.”

The Guild, on the other hand, agreed last year to forgo pay raises for 2010, but then earned an extra 52 hours of vacation time per member, along with the 4 percent raise they expect in 2011.

This year, Guild president Wuthrich doesn’t expect a deal to be struck. “If they’re still of the same mind they were a week ago, they won’t,” he says. On Thursday, he hand-delivered a concession proposal to City Hall.

The story of these two unions is telling: Local 270 is the city’s largest, and the Guild is arguably its most powerful.

With 1,050 members, Local 270 is “the lowest paid group in the city,” Cavanaugh says. It’s difficult to gauge this, since the union “represents all the non-managerial, non-uniform positions, labor, mechanical, technical and clerical. And the library also.”

Compare this with the Guild, which made waves recently by launching a billboard ad blitz in an attempt to protect its members from layoffs.

Despite its attempts to insulate its people from pay cuts, the Guild’s members are among the top earners in the city. In 2009, senior Officer James Olsen was the best-paid union employee in the entire city, bringing home $167,000, almost $10,000 of which was overtime.

And the freshest-faced officers — those recently out of the academy — have a salary similar to 30-year City Hall veteran Cavanaugh.

On top of that, the 15 best-paid City Hall employees are either from the police or fire departments.

It’s this reason why the mayor drew the largest target on those two departments. Her budget calls for 45 positions to be eliminated in the police department. And, before its concessions saved all the jobs and Fire Station No. 9 on the South Hill, the fire department was going to lose 28 positions.

Even with the mayor’s deep cuts, her budget recommends spending 30 percent of the city’s general fund on police, and 20 percent on fire. The other 50 percent goes to everything else: streets, parks, engineering, library, the municipal court, public defender, etc. Altogether, that’s a $156.6 million budget — 80 percent of which goes to labor and benefits.

But perhaps the most surprising detail about city wages is how many people earn more than the mayor, who makes about $100,000 a year. When considering overtime pay, 140 city employees make more money than Verner. Without overtime, 101 people make more than her.

Kristy Pettit, president of the Spokane Managerial and Professional Association, says almost all of the SMPA union’s 320 members cannot earn overtime, though they are among the best compensated.

“The vast majority of us are salaried and we don’t get overtime. Sometimes that has some bearing in our negotiations,” she says. “When we have vacancies, we have to pick up the slack.”

Asked if she thought her union would strike a deal with the city before the end of the year, Pettit replied, “I’m hopeful, but I couldn’t say.”

“We’re talking at this point,” says Local 270’s Cavanaugh, who’s met with the city’s administration three times in the last three weeks. “I want to say there’s always a chance of coming to an agreement.

“We’ve gone through layoffs before,” he continues. “I got my notice in 1981, so I’m familiar with the process.”