A former local returns to Idaho, carving out his niche in the world of ski movies 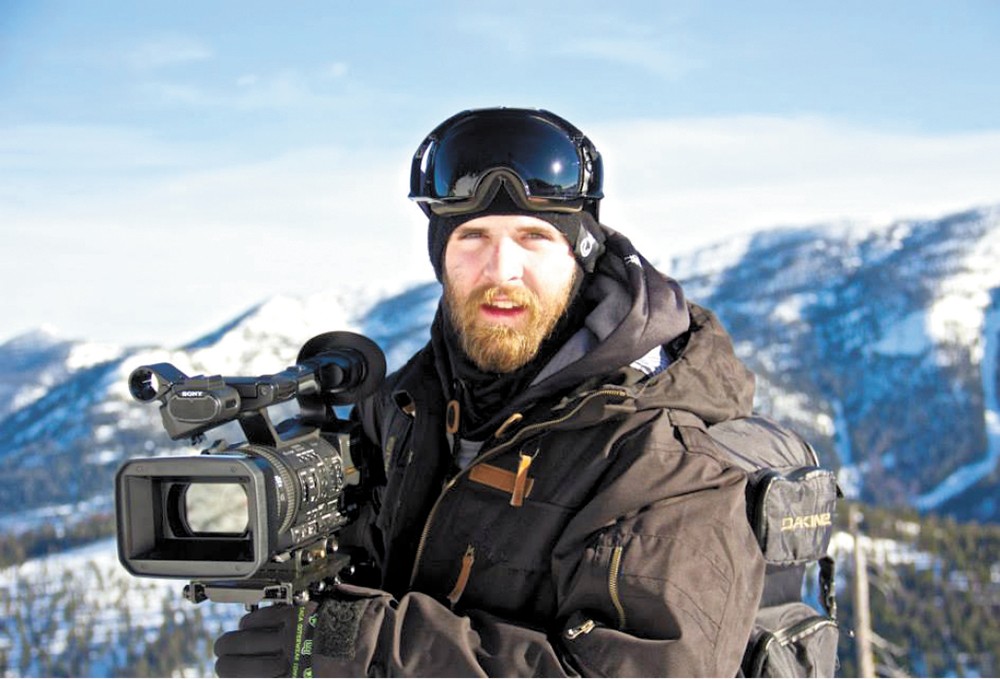 No one would have guessed

the path that Tim Sorenson would take when he was born January 10, 1990, in Riverside, California. He was 2 years old when his life would first lead him to the mountains. Sorenson explains: "I was 2 years old during the L.A. riots. My dad had a convertible BMW and someone threw a Molotov cocktail in the back seat while it was parked at his work. That's when Mom said enough of that, and moved us to Spokane where she grew up."

Throughout his early years in the Inland Northwest, he called Schweitzer his home mountain while attending Post Falls High School. After graduating, he attended North Idaho College and received a scholarship to work for the Sentinel, the student newspaper. He spent two semesters as editor, proudly adding, "We went to Nationals and got Best in Show."

His time at NIC was formidable in the photography realm, as he'd done quite a bit of video work already throughout high school. But it wasn't until college "that I learned more of the photojournalistic approach to photography, which I believe is a better way to shoot. It is more candid, and less setting up of the shot."

In 2009, he left school to go work in the industry, moving to Colorado where he spent two seasons as a photographer at Keystone Resort, the largest resort in Summit County. It was there that he got a call from Poor Boyz Productions that would change his life and lead him to where he is now. "I got the call to go to Finland with three days notice. I couldn't make that happen, and I thought that was going to be the last time I heard from them," says Sorenson. It wasn't.

Spokane native Cody Carter, tour director for Poor Boyz Productions, called back, and within a couple of weeks Sorenson started shooting photos with the production company: "After that, I went on a one-month road trip with them." In 2011, Sorenson became the art director, working on the end of the movie The Grand Bizarre. He continued on through the production of WE and the first half of Tracing Skylines, then moved to L.A. as tour director through the Triple Threat Tour.

"I missed the mountains so much I had to come home," he explains about his decision to move back to North Idaho. "Big Bear [close to L.A.] was cool," he continues, laughing, "but there aren't a lot of mountains in L.A. I definitely had a lot of motivation to come back up here." Currently, he's a sponsored filmmaker (Saga Outerwear, 7B Board Shop and Treefort Lifestyle) working with Dash and Kix Kamp, filming a four-part web series. Filming is underway, and "we have enough footage for the first episode," says Sorenson. "But we are at the mercy of what the weather is doing."

Keep an eye out for those videos to be released. Aside from his filming with the Kamp brothers, he's recently been keeping busy by going on trips with Freeride Media: "I just got back from a two-day yurt trip with Great Northern Powder Guides in Montana, and based on weather, should be heading up to Canada to do some filming later this season as well."

He's a busy guy, given his filming and travel schedule, but is excited to announce an addition to his résumé: He recently became an uncle and is stoked about his new nephew Jackson. ♦

Don't give up on this season just yet

A Diary of Year-Round Skiing