It’s OK to take it easy and get a little lost along the way. 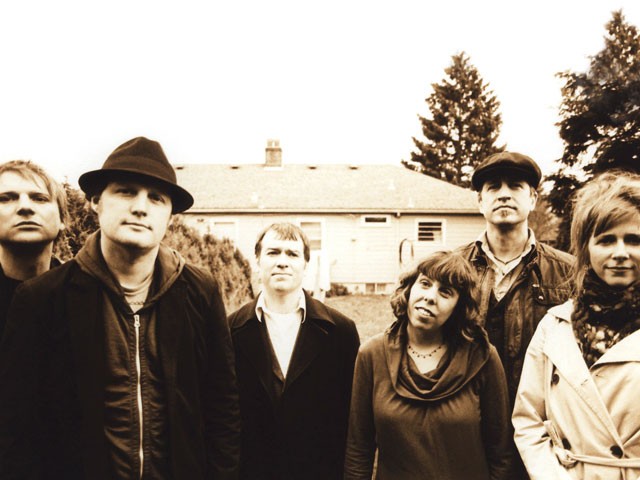 Casey Neill and the Norway Rats

Some musicians rush out of the gate with great music. Some will spend the rest of their careers trying to replicate it.

“I feel like I’ve been the tortoise in the race with the hare,” says Casey Neill, chuckling. “But who knows, I’m the last person with the best perspective on that.”

The 39-year-old musician has spent his career making a Venn Diagram of sorts, overlapping circles of punk, folk, bluegrass and Celtic music. Today, Neill has created a comfortable space in the middle of those scenes for his band: Casey Neill & the Norway Rats.

His seven-piece Americana group links those circles with haunting ballads, drinking music and tales about the average man. Neill’s ragged voice — singing lyrics about whiskey that flows like a river and the wandering fool that’s lost in his heart — sounds like that of a poet who’s spent years doing hard labor.

“Sometimes I feel like I’m beating my head against the wall and it’s about break,” he says. “But I’ve felt this way for a long time. It’s just incredible how you start out in music — sorta wide eyed with youthful ideals. If you stay the course and don’t succumb to cynicism, you can become a genuine musician and there’s something beautiful in that.”

Neill’s youthful ideals were fueled by a lust for travel in the early ’90s. He moved to Olympia and found a place in the punk scene. He moved to Portland and found a home among folk music circles there, and while living in New York he befriended the Scottish fiddler Johnny Cunningham. And he’s spent all of his intervening years trying to bring those sounds all together.

“I was scatter shot in all these different musical directions,” he says. “If I immersed myself in any one of them I would have found more success, but I was just finding my voice.”

Finding his voice and a successful creative collaboration has taken more than 12 years, multiple cities and a handful of albums. His bandmate Ezra Holbrook helped found the Decemberists, a group that keyboard and accordion player Jenny Conlee still belongs to.

The 2010 release of his band’s latest album, Good Bye to the Rank & File, takes a mature, almost nostalgic look at the musician’s past.

“We’ve all had some great successes as songwriters or producers and all of us have been in the trenches for a long time,” Neill says. “I wanted to acknowledge and celebrate that we’re still here. Digging it out.”

They may not be winning, but Casey Neill and his band are still competing in the race.