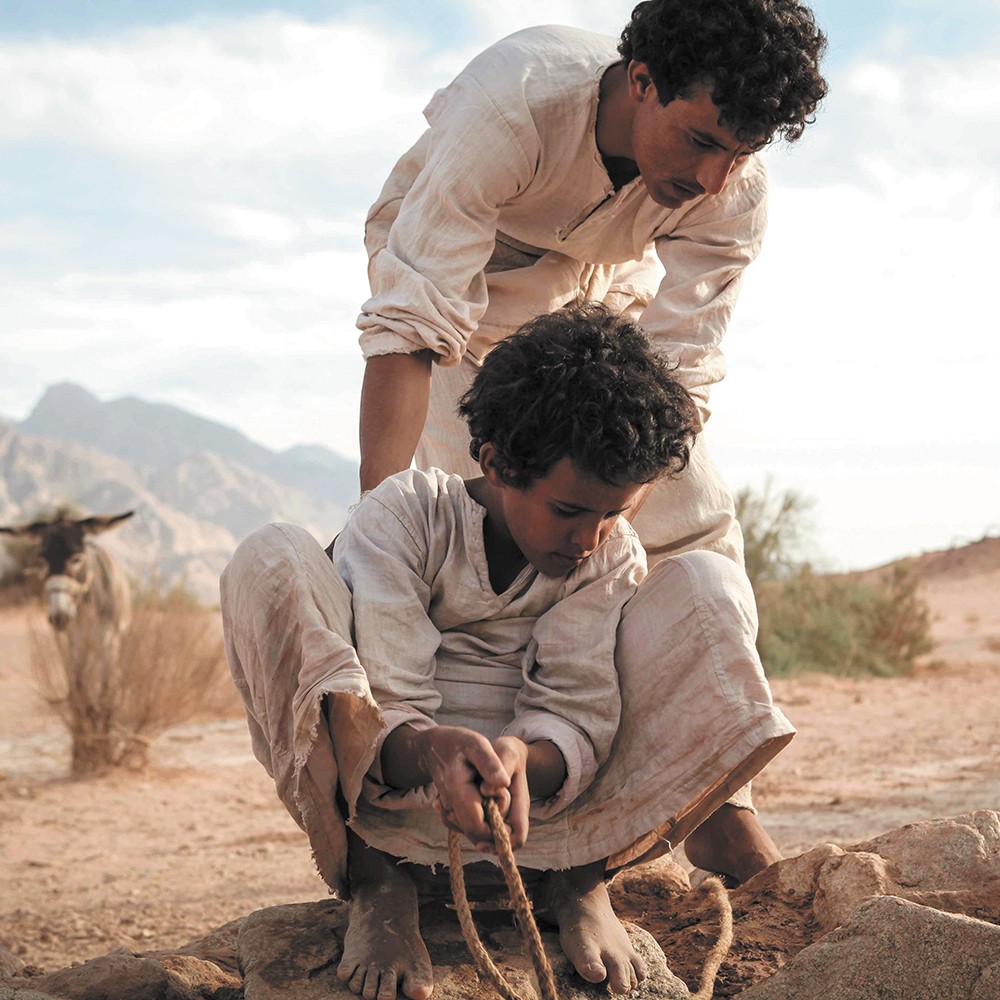 The young Jacir Eid shines as the title character in Theeb.

About as perfect a companion piece to David Lean's Lawrence of Arabia as one could hope for,

this first feature from Jordanian director Naji Abu Nowar is that country's official entry into the upcoming Academy Awards. It's 1916, and Theeb (newcomer Jacir Eid), a young Bedouin boy, is forced to fend for himself after he jumps camp to follow his beloved older brother Hussein (Hussein Salameh) on a mission to guide a British army officer (Jack Fox) to a long-abandoned well.

Once there, they find that bandits, presumably, have slaughtered the Brit's men. A moonlit battle ensues, leaving Theeb the only survivor, but for one: a wounded marauder (Hassan Mutlag). "Without me you will die," he tells the boy, and therein hangs the tale of Theeb (the name, fittingly, means "wolf") and his accelerated journey from wide-eyed innocent to desperate young man.

Nowar's rapturously shot film (by Wolfgang Thaler, of Ulrich Seidl's Paradise trilogy) captures both the sprawling, void-like emptiness of the desert and its chilly, inhumane beauty, but the focus remains on young Theeb and the unnamed killer with whom bloody circumstances force him to travel. If that sounds like a riff on the great American Western, well, it is.

Sergio Leone and John Ford would likely both recognize Nowar's film as an echo of their own Monument Valley adventures. David Lean, maybe not so much. Something of a microcosmic mirror image to the grand, epic overkill of T.E. Lawrence's Arabian knights, Theeb works a similar emotional and geopolitical spectrum from a far more intimate angle. It succeeds brilliantly, thanks in no small part — pun unintended — to the riveting work of the pint-sized Jacir Eid, who bypasses cute 'n' plucky and goes straight to contemplative badass as his life and entire world spin out of control before his eyes. Viewed from the perspective of this young Bedouin, Theeb presages the treacherous partitioning of Arab lands at the end of the Great War, and all the terrible echoes of colonialism that continue to plague us today. ♦

Theeb is not showing in any theaters in the area.