Jason Vieaux is watching the 'small-townification' of classical music and learning how to adapt. 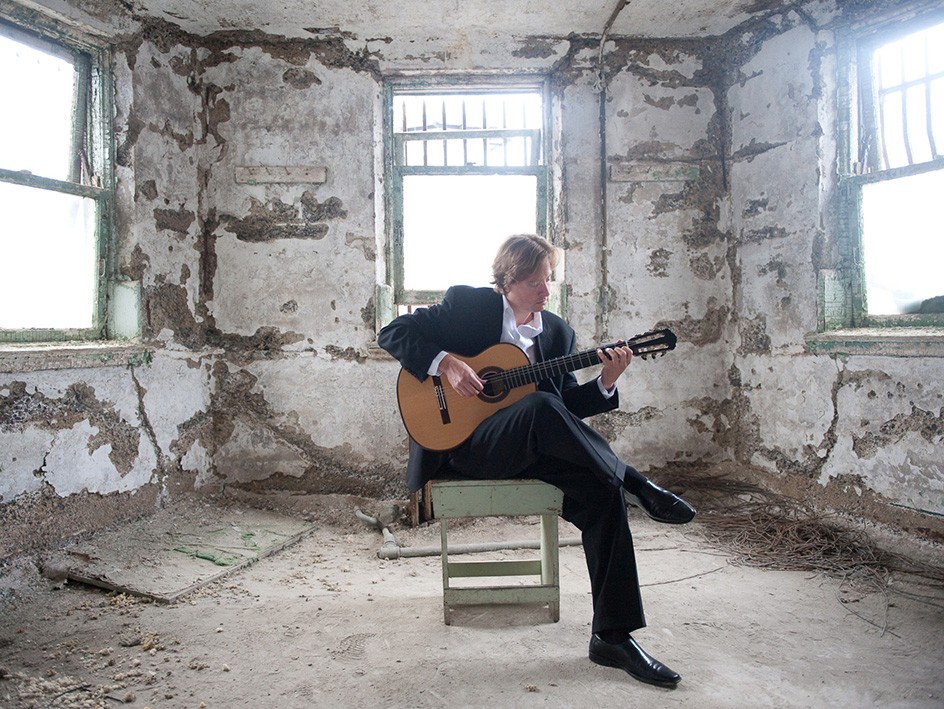 Tyler Boye
Jason Vieaux is appearing as a guest artist with the Spokane Symphony.

Jason Vieaux has just left a lively meeting with his management team. The meeting wasn't about the acclaimed classical guitarist's forthcoming album, a still-untitled collection of virtuoso encores. It wasn't about his Guitar Academy, a one-on-one online study exchange he recently developed with the programmer who helped create AOL. Nor was it about his upcoming appearance as guest artist with the Spokane Symphony.

Or rather, it wasn't about those things specifically. Instead it had to do with Vieaux's ability to continue doing them in an industry that has been turned upside-down by technological advances, economic recession, and changing tastes.

“There was a lot of doom and gloom ten years ago about shrinking budgets, but it's really manifested itself now,” Vieaux says. “All these classical music entities all over the world are circling the wagons and looking more locally. It's really individual personal relationships that seem to be taking over. The bigger structures don't have the reach that they once had.”

As a result, it's been especially hard for Vieaux to land gigs at European festivals, despite his international renown.

“On the surface it seems like there's so much more activity. There's ten times the number of festivals that there were, but [they] have a limited budget, and they can get somebody for a fraction of your fee. So they're not hiring from overseas as much.”

Even in America, established soloists like Vieaux don't have it easy on their home turf. As a recent spate of stories in publications as diverse as Mother Jones and USA Today has shown, there have been similar upsets in the domestic classical music scene. Consider, too, last year's strikes by symphony musicians right here in Spokane, a situation that played out like a microcosm of larger shakeups all over the country.

The upshot is that, somewhat paradoxically, orchestras are beginning to look closer to home in a globally networked world, giving opportunities to local musicians who lack star power — and the concomitant higher prices.

“Since city orchestras can't afford top-ranked soloists, they're fostering relationships with the local conservatories,” he says. “I'm noticing a trend that [conservatories] want to create more performances — more festivals, things at nightclubs and coffeehouses, more concert series — because what will eventually come out of it is a broader base of performers and a broader audience. They're trying to get more of their students in more performances locally, so that the city orchestra is hiring soloists from the conservatory.”

Vieaux's management team might be biting their nails, but he personally is more curious than concerned. “I have no complaints, because I have plenty of work, almost more than I can handle. What's interesting about this 'small-townification' is, where does it all come together? That's the puzzle we're trying to figure out.”

When Vieaux arrives in Spokane to perform Joaquín Rodrigo’s famous Concierto de Aranjuez — an “emotionally powerful” piece with a second movement that has captivated the likes of Miles Davis and Led Zeppelin — he'll also be treating it as an opportunity to cultivate the personal ties that have become so important in the changing classical music landscape. The “machinery” of his PR team might have helped land him the gig, but that machinery has become less necessary than social media and face-to-face contact.

“In more cases now than ever before,” he says, “you foster the personal relationship first. It's almost like they don't care about your discography or your twenty-year track record, or your fame. Really, all you've got to do is go down to the pub, have a beer, and talk about music.”

“It's very cool,” he laughs, “but I never thought I would find myself on the outside of it.”

That Damn Horse: The Stories of Gay Rodeo