Yes, you can control your own happiness - and get healthier along the way 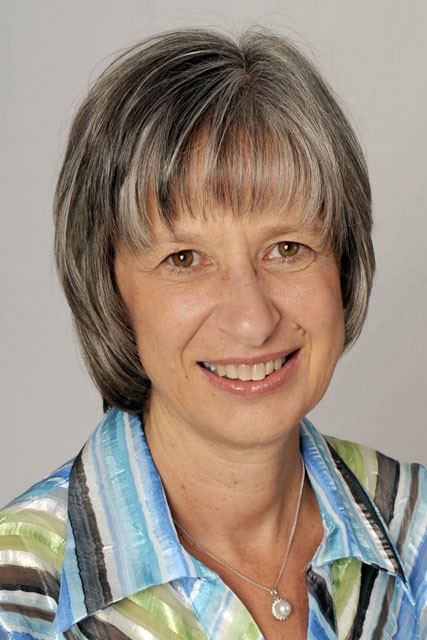 M.J. Ryan: I recognized that worry did not prevent anything bad from happening. All it did was prevent me from being happy right now.

Every January, nearly half of all American adults make New Year’s resolutions. The majority are health-related — losing weight, exercising more, quitting smoking. And the odds of success are actually better than you might think.

“Forty to 46 percent of New Year’s resolvers will be successful in six months,” writes John C. Norcross, a psychology professor at the University of Scranton in Pennsylvania, who specializes in behavior change. “What’s more, scientific research indicated that you are 10 times more likely to change by making a New Year’s resolution compared to non-resolvers with the identical goals and comparable motivation to change.”

But even though we regularly wish each other a “Happy New Year,” have you ever thought about how to actually be happier?

Gretchen Rubin has. She turned her personal experiment into a New York Times bestseller called The Happiness Project: Or, Why I Spent a Year Trying to Sing in the Morning, Clean My Closets, Fight Right, Read Aristotle, and Generally Have More Fun.

After extensive research into what makes people happy, and searching for ways to feel happier herself, Rubin concluded that keeping a “Resolutions Chart” was the most effective tool she found to feel happier every day.

Rubin tracked her daily progress on goals such as “lighten up,” “enjoy now,” “make time for friends,” “pursue a passion,” and “be polite and fair.”

So even though getting happier may seem to be a less tangible goal than, say, weight loss, it’s no less a possibility. And the best time to start is right now. A slew of research over the past 20 years makes it clear that people can increase their happiness and make it last.

Maybe you think that if you had just a little more money, you’d be pretty darn happy. Turns out you’re partly right. Money does help increase satisfaction but, surprisingly, only up to a point. A study by Princeton economist Angus Deaton and psychologist Daniel Kahneman, analyzing Gallup surveys of 450,000 Americans, found people’s daily happiness increased with the amount of money they made, but only until they reached about $75,000 in annual income. After that, you’ll have to look for other ways to maximize your happiness.

Don’t count on winning the lottery to find happiness, either. Researchers at Emory University found that brain scans indicated that people who earn their own money are happier than people who get money without working for it.

One key factor in how happy you are may be how you decide to spend your hard-earned money. A University of Wisconsin-Madison study concluded that, of nine categories of consumption, only one — leisure (including vacations, entertainment, sports and sporting goods like golf clubs and fishing poles) — was positively related to happiness.

But while money can’t exactly buy happiness, happiness may be the ticket to better health. A Harvard School of Public Health study found people who are generally hopeful were less likely to develop hypertension, diabetes or respiratory-tract infections than those who were less hopeful.

In a 2007 study in the Netherlands, researchers analyzed 30 reports on happiness and longevity. “It appears,” the author wrote, “that … happiness does not cure illness but it does protect against becoming ill. The effect of happiness on longevity in healthy populations is remarkably strong.”

Most marriages go through serious rough spots, but a study from the National Marriage Project at the University of Virginia busts the myth that being very unhappy at times in a marriage is a predictor of divorce.

“Recent research using a large national sample found that 86 percent of people who were unhappily married … [but] stayed with the marriage, indicated when interviewed five years later that they were happier. Indeed, three-fifths of the formerly unhappily married couples rated their marriages as either ‘very happy’ or ‘quite happy.’”

Still, getting happier doesn’t just happen. You’ll have to work at it a bit. Craig Bader, a Spokane therapist with 25 years of experience in adolescent, marriage and family issues, has been married for 35 years. In more than 10,000 therapy sessions over the years, he’s helped many local couples achieve happier relationships. Bader says if you’re feeling unhappy in your romantic relationship, the best time to seek professional help is as soon as there are patterns of communication problems and unresolved issues. If you put it off, it may be too late.

“I’d say that 80 percent of the couples who come in for help are too close to the end. They’ve let the damage go so far and so deep that, by the time they come in, they’re not even sure they want to stay together anymore,” Bader says.

To avoid getting to the breaking-up point, Bader suggests couples experiment with a “co-listening assignment” that takes only 10 minutes every day.

Facing each other, each partner gets five minutes to say whatever he or she wants. The other person gives five minutes of uninterrupted, active listening, and then the roles are reversed.

“People don’t feel listened-to in our culture. Oftentimes in marriage, people forget to listen. A lot of couples are really hurting for that, and it’s amazing how five minutes of pure listening can help to turn things around,” Bader says.

Another bit of advice comes in a word: “Surrender.”

“By that I mean, control less and accept more in your relationships with others,” Bader says. “Be less attached to outcomes. It’ll lead to living in appreciation.”

Peaceful surrender, he says, relieves pressure. Realize you can’t control everyone and every situation, and start living more in the moment.

“I always say that people are happy in marriages when they don’t expect not to have problems, but when problems happen, they’re able to communicate. They sort it out, and then sit back and say, ‘You know what I like about this relationship? When we have problems, we come up with solutions and we fix them,’” Bader says. “That’s versus couples who say, ‘You know what I don’t like about this relationship? We have all these problems, and we can’t even talk about them anymore. We don’t even try.’ For a happier marriage, focus on the value of living in that relationship.”

M.J. Ryan has studied happiness for much of her career, writing books about happiness and gratitude, including The Happiness Makeover and AdaptAbility: How to Survive Change You Didn’t Ask For. She says there are two components to happiness.

“One is enjoying the simple pleasures of life: the fact that the sun is shining through the window and reflecting off the green leaves — whatever is in the present moment that we can appreciate,” Ryan says.

“The other is what Aristotle called ‘the pathway of fulfillment,’ and that’s when we are using our gifts and talents on behalf of something that matters to us.

“We can create happiness either or both of those ways,” she stresses. “And for many of us, it’s useful to think about which one am I good at, and which one am I not so good at, or do I need to work on both.”

Ryan confesses that she spent years unhappy because she spent too much time worrying.

“I used to worry because there are always things to worry about. I think it’s bad mental training. We somehow get the message that worrying about something in advance is going to protect us from it. I was pessimistic because that’s the way the world was, and I was unpleasant and ungrateful. I used to think that life happened to me, and I was just at the whim of it,” she says.

“What I’ve come to understand is that life happens, and it’s not always pleasant, but we have choices about how we relate to it, and that has made a huge difference in increasing my capacity to be happy, moment by moment. I recognized that worry did not prevent anything bad from happening. All it did was prevent me from being happy right now, when nothing bad is happening,” she says with a laugh.

To start feeling happier, Ryan suggests three things that have been proven to work.

Exercise: “All kinds of research shows that if you get aerobically active, your mood will [improve]. Conversely, I think when we work on being happy, then we have the energy that it takes to get off the couch and get into motion,” Ryan said.

Ask for help: When you’re feeling unhappy, or are surviving a big change, try to figure out what kind of support you need, and ask for it.


“I think when we’re going through hard times, that’s when we have to break that myth of, ‘I’m the Lone Ranger who can cope with whatever’s happening in my life.’ That’s when you have to ask friends and family for help. When I was going through the breakup of my relationship of 14 years, a friend encouraged me to write a letter — this was pre-e-mail — to every person I knew, asking them for help, telling them the different ways they could help me. They could take me out to dinner. They could call me on the weekends, and I did, and I got so much help,” Ryan says.

Gratitude: Ryan says that in her study of gratitude, she discovered that people feel happier when they take time each day to reflect on what they’re thankful for.

“At the end of the day, ask yourself, what am I thankful for today, what did I enjoy today? What do I feel satisfied about today?” she says. “So you’re looking at enjoyment and satisfaction and appreciation, and the more you cultivate those, the more you go towards those things. You’ll attune your life to doing more of what gives you enjoyment.”