Eight years ago, bars and restaurants banned smoking; the law had some unintended benefits 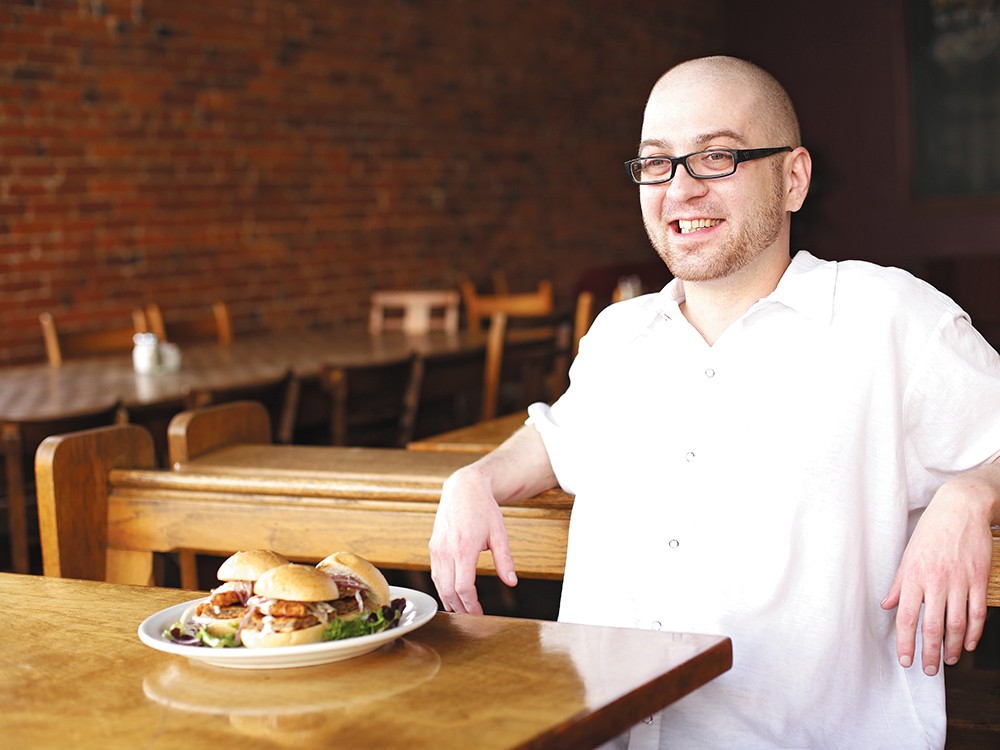 Young Kwak
Ben Cochran, the chef at Scout, has noticed a change in dining habits since the smoking ban was enacted in 2005.

On December 8, 2005, at one minute past midnight, Spokane smokers turned up their collars, stepped away from the bar and stood on the sidewalk, 20 feet from the doors of every pub, tavern, restaurant and bar. While they’ve been standing out there, some of those establishments have made changes in ambiance, menu and ownership.

Ben Cochran, chef at Scout in downtown Spokane, has worked in the food industry for two decades at pizza places, delis, taverns and restaurants in Montana, Minnesota and Washington. When smoking bans started going into effect, Cochran didn’t see much of a change in bar menus themselves but he did notice a change, he said, “in product mix.”

“People were ordering different things… less spicy, less salty, exactly what you would think. Smokers like more flavor because they can’t taste it as well. It wasn’t so much that everybody quit smoking, it was more that non-smokers were going out and staying longer — they were so happy,” says Cochran.

Statistics from the National Restaurant Association seem to back up Cochran’s observations. Restaurant industry sales have increased by almost $200 billion since 2000. It’s difficult to claim that the increase in restaurant attendance is due to non-smokers lingering in non-smoky establishments, but the folks at O’Doherty’s Irish Grille did notice an increase in their business when they went smokeless. Theirs was one of the first Spokane bars to go smoke-free, preceding the ban by at least six months.

“Usually pioneers get shot,” joked one staff member, “but we actually did better.”

The demand for smoke-free dining and drinking helped O’Doherty’s corner the hospitality market for a short time. They even noticed that the “lowest clientele,” patrons who stopped in just to smoke, stopped coming in and overall traffic increased.

Since the early 2000s, cuisine had already been on the verge of a revolution that occurred simultaneously with anti-smoking legislation — as part of a general desire by the public to lead healthier lives. Some food critics credit the change in culinary direction to the publication of Anthony Bourdain’s Kitchen Confidential in 2000. Andrew Galarneau of The Buffalo News described Bourdain as “a hero to a generation that was coming to believe that authentic, wholesome, nourishing food was worth fighting for.”

The 2004 menu at Far West Billiards — the establishment that preceded Scout — featured items like fried onion rings, garlic shrimp and a smoky, hot chili made with their “own fresh-ground chili powder.” Even the Caesar salad was topped with a “tangy dressing and lots of parmesan cheese.” Scout’s menu, on the other hand, requires some sleight of tongue. Portobella subs, white chicken chili, cornmeal encrusted trout and spring-mix salad with gorgonzola, balsamic vinaigrette and apples require a refined sense of flavor, one that can easily be lost by contact with a Camel’s filter.

Even the idea of serving food in an environment that contains smoke is an affront to the culinary sensibilities of some restaurateurs. When Manito Tap House ownership decided to gut the former Pear Tree Inn, they started rebuilding with recycled and reinvented materials with an eye toward an eco-friendly dining and drinking experience. The gastropub’s current management says their restaurant wouldn’t have existed had the smoking ban not been enacted.

Not much remains of the Pear Tree, an establishment one Yelper described as “a crowd of 1 pm drinkers all gathered outside for a smoke by the trash can. It’s not a classy place, but it is cheap and likely the only one of its kind on the South Hill.”

Back in 2008, another patron of the Pear Tree found it to be “a damn good place to have a drink without the faux-opulence that Spokane seems obsessed with.”

But lest anyone think that the end of smoking in bars was an elitist victory, or that opulent food is overpriced fluff, take a glance at the menus. In 2004, the Pear Tree served six deep-fried mozzarella sticks with marinara for $6.95. Nine years later, and for only a dollar more, Manito Tap House serves “fresh mozzarella medallions marinated in herbs and olive oil, then deep-fried; served with tomato jam and white balsamic reduction and garnished in basil.” And you can still have a beer at 1 pm. Smoking out by the garbage cans, however, is frowned upon.