It's impossible to overstate the importance of Smokey Robinson.

Without Robinson, one could argue, there would never have been the Motown Records that we know and love. Artists like the Temptations, Supremes and Marvin Gaye would have never wrapped their vocals around classic Robinson-penned songs like "My Girl," "Your Heart Belongs To Me" or "Take This Heart of Mine," respectively. And, of course, we would never have heard Robinson's own soulful croon on decades' worth of hits delivered as leader of the Miracles or as a solo artist.

Despite being in the Rock & Roll Hall of Fame and being awarded a National Medal of the Arts, among many other accolades, Robinson still seems underrated and underappreciated somehow. You seldom hear his name uttered alongside the likes of Bob Dylan or the Beatles, but Robinson's career and influence are just as important to pop music history.

Robinson, now 81, performs Saturday, July 24 at Northern Quest Resort & Casino, and you can expect a show of songs you've known your entire life. Besides listening to Robinson himself, here are some great versions of songs written or co-written by the man:

English Beat, "Tears of a Clown"
I've heard countless cover bands tackle this song in the manner the Beat did it, adding some upbeat ska style to a song whose lyrics are all about heartbreak. Forty years on, it's still a highlight of the Beat's concerts.

Peter Tosh featuring Mick Jagger, "Don't Look Back"
Original Wailer Tosh took on this Robinson-penned tune originally recorded by the Temptations and made it a reggae hit, even with renowned non-Jamaican Mick Jagger sharing the vocals on a tune Tosh rechristened "(You Gotta Walk And) Don't Look Back."

John Hiatt and Loudon Wainwright III, "My Girl"
The Temptations made this a soul classic, but in the hands of Hiatt and Wainwright, "My Girl" turns into a downbeat, contemplative wonder, delivered with just piano and acoustic guitar.

Durand Jones and the Indications, "Ooh Baby Baby"
This young soul crew opening for My Morning Jacket at Spokane Pavilion in September delivered a killer, socially distanced video for this ballad during the pandemic. Go YouTube it right now.

Thao, "You Really Got A Hold On Me"
The sultry voiced leader of Thao and the Get Down Stay Down, Thao Nguyen, does a mesmerizing lo-fi version of this track that shines the spotlight on her excellent vocals.

Jerry Garcia Band, "The Way You Do The Things You Do"
The opening track of the Jerry band's 1991 self-titled live album is noteworthy because the Grateful Dead singer/guitarist managed to keep his version of this song to a mere eight minutes, and because his voice sounds remarkably well-matched to the tune.

Billy Bragg, "Tracks of My Tears"
There's no beating Robinson's version of this classic, but this British rabble-rouser does a pretty mighty version accompanied with just his electric guitar, wringing every ounce of emotion from Robinson's lyrics.

She & Him, "You Really Got A Hold On Me"
Zooey Deschanel haters can exit stage left; this Robinson cover done alongside M. Ward, her partner in She & Him, is a sweet lo-fi version highlighted by her crystal-clear vocals (as opposed to Ward's echo-drenched background sounds). She slays this tune. ♦ 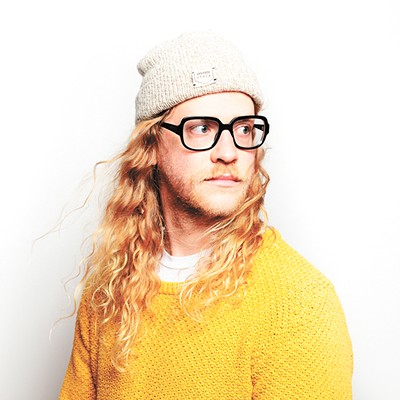