The latest issue of the Inlander is hitting newsstands today. Find it at your local grocery store and hundreds of other locations; use this map to find a pickup point near you. You can also read through the digital edition here.

HIGHLIGHTS
In case you’ve been tuning out: The coronavirus is still ravaging America, protesters are still filling the streets in Portland and Seattle, and Congress is still dickering with how to respond in the face of economic calamity. But this week, we’re talking about pets — yes, one of the few creatures on this planet that we can stand to be close to right now — with a look at how the pandemic has impacted our furry friends.

• Now, back to that calamity: We have a report looking at how the travel and tourism industry is faring and a where-are-they-now story on some of 2020’s Best of the Inland Northwest winners. Finally, we dig into some of the competitive races in next week’s Washington primary; be sure to turn your ballot in no later than Tuesday, Aug. 4.

BABY STEPS
A new Washington state poll found 72 percent of Democrats and 23 percent of Republicans are worried about the state’s reopening. Some want to reimpose restrictions. MORE

SIZING UP THE COMPETITION
The EWU Eagles football team is picked to finish fourth in the Big Sky by media and coaches. MORE 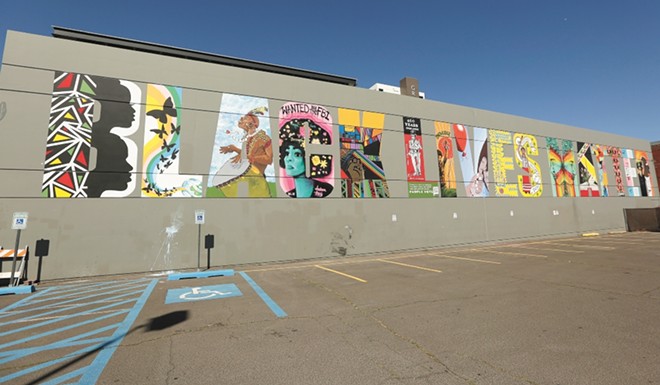 Young Kwak photo
Each letter of the mural was painted by a local artist of color.

SPELLING IT OUT
A closer look at the Black Lives Matter mural in downtown Spokane. MORE

CAMPAIGN STRATEGY
A former Spokesman-Review editor argues in a guest opinion column: "Richard Nixon and Ronald Reagan had their 'Southern strategies,' laying the groundwork for the Republican Party’s opening to racists and white supremacists. President Trump has turned that opening into a six-lane expressway.” MORE

LAST WORD
Local writer Claire Rudolf Murphy recalls her brush with John Lewis, an American icon: “No matter how many times he’d been beaten or jailed or disagreed with colleagues in Congress, Lewis was never filled with hate. He led with love and compassion — in both his political dialog and personal interactions.” MORE