Snow, Racists, and a Found Volkswagen

While some undeniably important things happened in the Inland Northwest this year, the following crap is what we’ll be remembered for 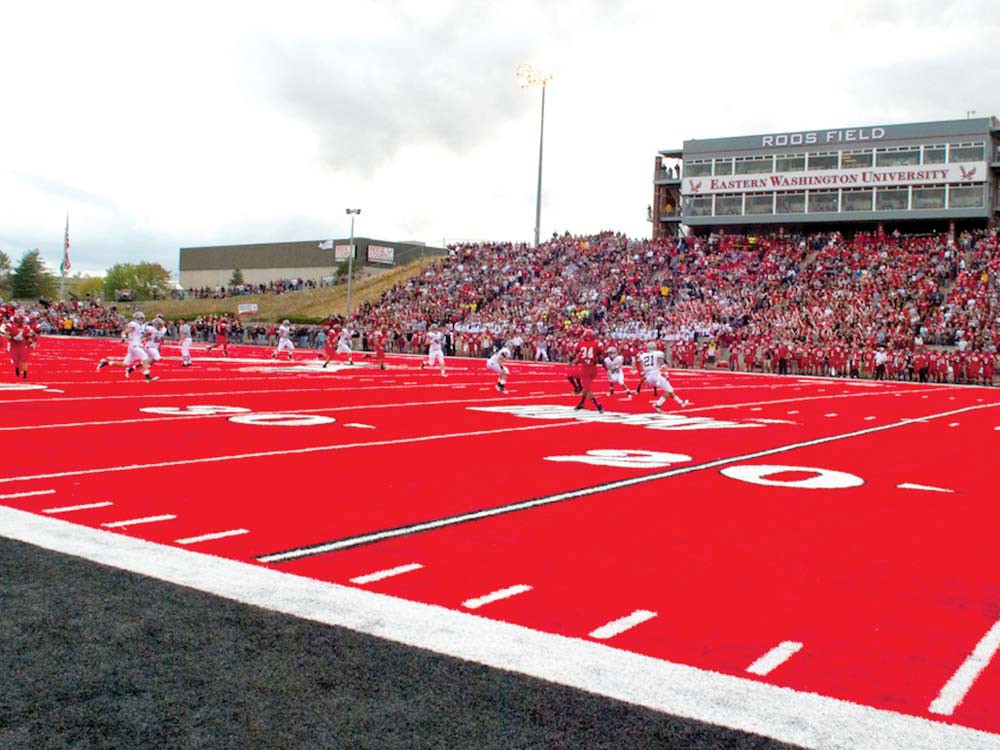 EWU rolls out the red turf

Have a favorite Rodney Dangerfield quote? Get it ready. As we sat around Inlander offices in the last week compiling and debating the biggest stories of the year, a trend began to emerge. The stuff we thought was important — area police shootings, budget woes at the MAC, etc. — went largely overlooked by national media.

Here’s a peek at how America will remember the Inland Northwest in 2010.

Snow (And Poor Driving)
In what has become an almost annual occurrence, our sporadically inclement winter weather became a brief source of national wonder and, later, cheap laughs.

Several sources noted that we had more snowfall in time for Thanksgiving than all of last year, and noted our buzzer-beater eclipsing of November’s all-time numbers.

The piece de resistance, though, was a two-minute-long video from Dec. 19 picked up by CNN and several network broadcasts, showing a dozen cars sliding and pirouetting in slow motion down a hill before eight of them came to rest in a neat stack of moderately twisted metal.

Walken’s Not About Spokane Play
A Behanding in Spokane opened on Broadway, starring Christopher Walken, who was eventually nominated for a Tony Award. Writer Martin McDonagh — who won an Oscar for In Bruges, a film about hitmen hiding out in the beautiful, boring Bruges, Belgium — didn’t actually set Behanding in Spokane. The entire play takes place in a fleabag hotel in a nameless small town.

The N. Idahoan Face of the Tea Party
As a broad spectrum of generally annoyed conservative people were loosely gathering themselves into a “movement” that more closely resembled gripe sessions in retirement communities, one woman from North Idaho briefly became the face of the Tea Party after the New York Times profiled Pam Stout, president of the Sandpoint Tea Party Patriots, last February.

She came off as a kindly retired woman who had worked in federal housing programs before being persuaded by Birther rhetoric, Glenn Beck and oblique worries that Democrats might declare martial law. Her appearance on Late Night with David Letterman was the talk of the blogosphere.

Cuba Invades Spokane
Cuba Gooding Jr. returned to Spokane to shoot another straight-to-DVD film and all he got was local resentment and a drunken, patriotic rant at the Blue Spark. Recorded by a Spokanite and posted to YouTube, the clip eventually became one of the most pathetic videos on the relentlessly pathetic tabloid site http://www.TMZ.com.

Red Turf
When Tennessee Titan and EWU alum Michael Roos donated a cool half-mil to turn the Eastern Washington Eagles football field an eye-searing hue of red, national outlets like the Wall Street Journal pounced, including it among other sports-news-of-the-weird fodder.

The fact that the turf got more coverage than Eastern’s berth in the national championship of their subdivision (tune in Jan. 7 kiddies!) is not lost on us.

Stolen Volkswagen
In a story that took 36 years to develop, Michele Squires had her Volkswagen Microbus stolen from her in 1974, then spent much of 2009 and ’10 trying to get it back. When winning it in an auction didn’t work, her friend, Tulsa lawyer Kris Cook, petitioned the courts on several levels. She got the bus back in mid-December.

Ms. Squires, seemingly comfortable with vitriol, told the Wall Street Journal that this tremendous journey of patience and courage “is my legacy to my grandchildren.”

White Powder
The early winter snow caused another stir when a man built a Klu Klux Snow-Klansman in the yard of his Hayden, Idaho, home. The guy, Mark Eliseuso, said the snowman didn’t represent nuthin’ — certainly not violence, despite holding a noose — except how proud he was to have less melanin than other people. When someone beheaded the snowman, Eliseuso vowed to turn it into a Nazi soldier. The story got as far as USA Today, then melted along with the snow.

Angry Street Signs
Snow caused yet a third stir when it compacted itself into a crosswalk sign on Maple Street in Spokane, causing the blinking do-not-walk symbol to look like it was flipping pedestrians the bird. It made news-of-the-weird headlines all over, becoming a symbol of sorts for the frustrations of winter commuting.

Racist Crap we didn’t even do
In mid-July, the London Telegraph newspaper did a roundup of the way racism intermixed with Tea Party politics in America, stating, “Last week the North Idaho Tea Party removed a billboard after complaints from other local and national groups.”

Upon inspection of the included photo, however, the billboard was not from North Idaho, but North Iowa.

For future reference, British media: Idaho and Iowa are roughly the same distance apart as England and Algeria. They do corn. Idaho does potatoes. The differences are endless.