The region gets ready as the season’s first snow falls 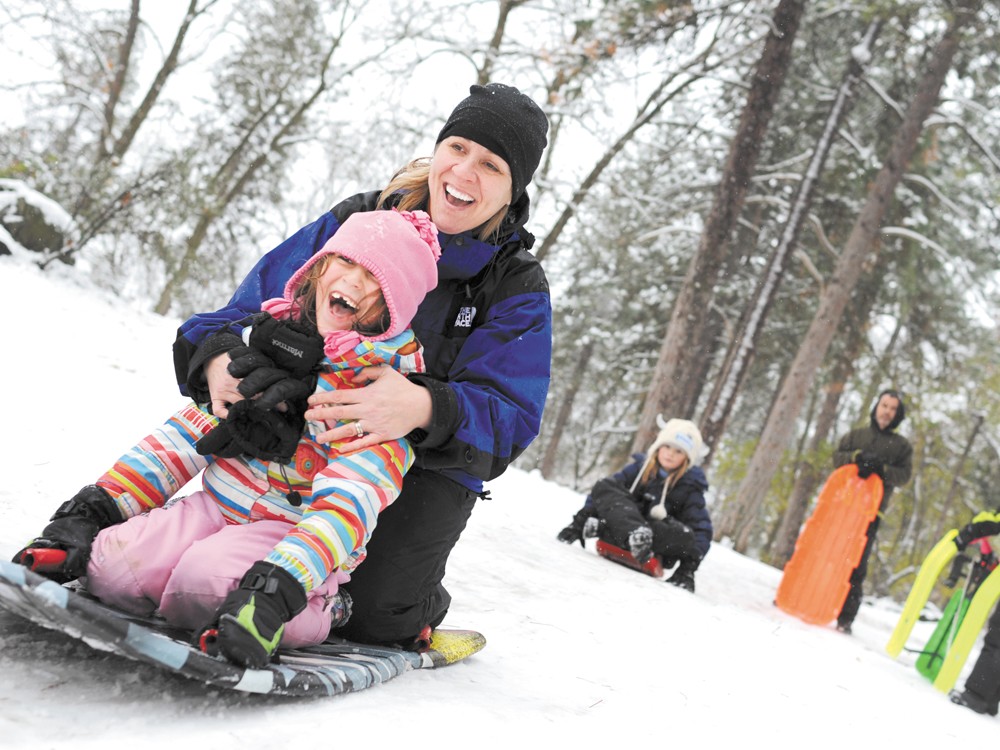 Mud-streaked snow plows rumbled in and out of the city’s maintenance yard earlier this week as the morning’s snowfall turned wet and slushy along Spokane streets.

Andy Schenk, operations engineer for the Street Department, walks the rows of large plow trucks, sanders and de-icing tankers. Snowmelt drips from the brim of his baseball cap and soaks his bright yellow safety vest.

“I call these ‘Seattle storms,’ because it’s heavy, wet snow,” he says, stepping over oily puddles. “It’s not the safest of driving conditions, but it doesn’t take long to get gone.”

Already most streets had melted down to wet asphalt, but Schenk hoped the early flurries would leave no doubt the 2012-13 snow season had commenced. While the official season was scheduled to start Nov. 15, he says the snow flies when it flies.

Weather officials say preliminary forecasts predict a mild winter with below average snowfall, but Schenk plans to be prepared for whatever he gets. Turns out sometimes meteorologists get things wrong.

Snow crews will be scheduled 20 hours a day, seven days a week through the rest of the season, he says. The Street Department maintains 35 plow trucks, 10 graders, 12 de-icers with plows and seven sanders with plows.

The city budgeted $2.5 million for 2012, most of which was used in January through this past spring. City officials report about $950,000 remains for the rest of the year before another $2.5 million is available at the start of 2013.

Schenk says the snow removal funding is about average, but the department does expect to lose six employees to budget cuts. The city’s snow plan has also expanded to include many new roads in the recently annexed West Plains area.

Those two factors may leave him a little short-handed this season, but he expects to keep Spokane streets as safe as possible.

Crews focus first on priority arterial streets, like Division, before moving to secondary and residential streets, she says. Clearing them all takes about 96 hours.

Spokane County staged its fleet of snow plows in preparation for the weekend snowfall, but with the light accumulation, John Seaver, assistant supervisor for the roads department, says they did not end up dispatching any trucks.

“We were as prepared as we could be,” he says.

The department continues to convert its construction trucks into plows, but will not start around-the-clock snow removal shifts until Dec. 2. Seaver says the county has about 105 employees available this season to operate 38 plows and sanders along with 32 graders.

Martin says the city lucked out this past weekend with light snow that quickly melted to bare streets. He says crews have already shifted back to picking up autumn leaves from city streets.

With several cold, unpredictable months of snow season ahead, Schenk scans the rows of white city trucks with plows fixed and chains circling the rear tires.

“Whatever Mother Nature gives us,” he says, “we’re ready for it.”