Snowmobilers at the ready for winter weather rescues 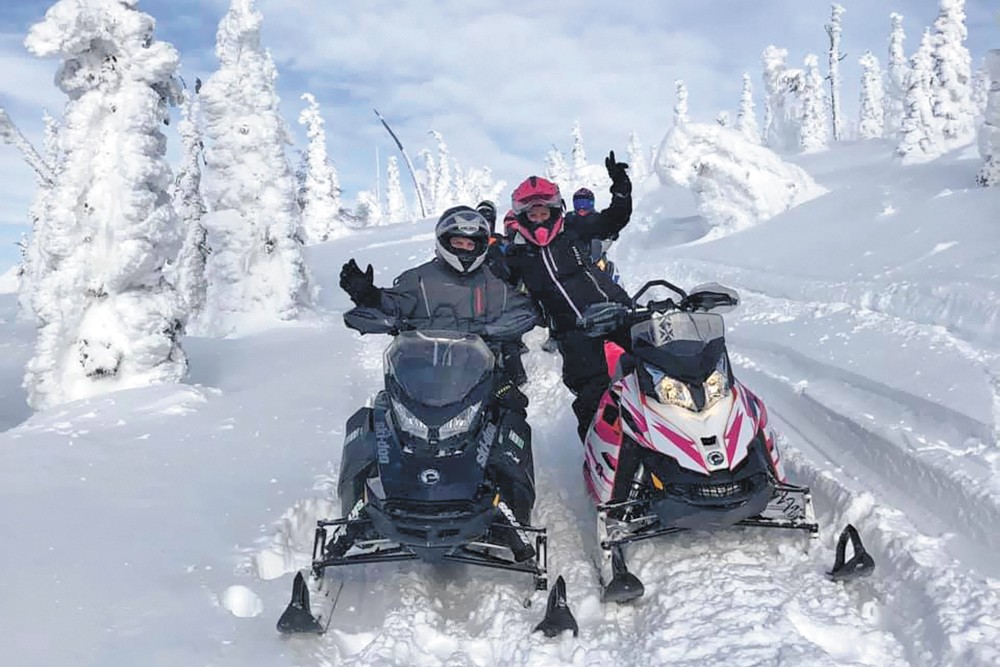 During the snowy December of 1967, a pregnant woman was trapped in her home in the foothills between Spokane Valley and Liberty Lake. Not having the means themselves, but familiar with some local sled heads who were up to the task, the Spokane County Sheriff's Office called on the nascent Spokane Snowmobile Club to help rescue the snowbound woman.

According to club lore, the woman referred to her rescuers — founding club members Darrel Triber, Larry Crouse, Jerry Lutz and Jack Riggins — as her "winter knights in shining armor." And when you get called something as righteous as that, the name tends to stick.

Now, more than 50 years later, the Spokane Winter Knights Snowmobile Club is continuing to assist the Spokane County Sheriff's Office in its search-and-rescue efforts. And while no one heads into the backcountry with the idea of needing to be saved, you can take some level of comfort in knowing that the Winter Knights are on speed dial in case of an emergency.

Over the years, the Winter Knights have grown from a handful of motorcycle buddies looking for something to do during the winter to an incorporated nonprofit that boasts more than 300 members, hosts annual fundraisers, keeps firewood stocked at the warming hut on Mount Spokane and has 16 county-trained search-and-rescue volunteers.

They've invested their time and club money into becoming an integral part of the local search-and-rescue community. "Most people don't realize how lucky they are that there's people like them, who come out here at night to train and learn," says Thad Schultz, at one of the club's monthly search-and-rescue meetings at the Greater Spokane Emergency Management offices.

Schultz, the coordinator for the Sheriff's Office's rescue program, says the club often plays an integral role in rescuing people who are lost or injured in the backcountry. "They specialize in transporting, running trails and getting people out," he says. And when it comes to finding people in the snow, the group is responsible for a high rate of recovery compared to "ground pounders" who search for missing people on foot.

One reason that the club is such an asset compared to their bipedal counterparts is that one of the most fraught times in any rescue is getting people to safety before they get hypothermic. And snowmobiles can get people to warmth and shelter a lot quicker than snowshoers.

Schultz says he's glad to have the Winter Knights lending their time and expertise in search-and-rescue missions, but the reality, in the age of cell phones and GPS, is that calls aren't as frequent as they used to be. Which is fine with Schultz, because as he says, "If I never go out on another search that's fine, because someone is having the worst day of their life that day."

Reduced call numbers notwithstanding, the Winter Knights figure out ways to be helpful in emergency situations.

In 2009, one of the snowiest winters in Spokane history, one of the elder statesmen of the club, Bob Walker, answered a call from Sheriff Ozzie Knezovich asking for help rescuing people stranded near the Hutterian Brethren's commune on the West Plains. In groups of three, riders rode out to help people stuck between massive snow drifts.

"It was the craziest thing I'd ever seen," says Frank Young, a club member and search-and-rescue volunteer. "You'd be riding along and there would be an 8-foot wall of snow that would drop off right to pavement — that's just how the wind had blown it off."

While the club is on call for missions both winter and summer — many club members are also ATV riders — they've also found that their training comes in handy even when they're not on a call.

Recognizing the dangers of the backcountry, and prepared with knowledge from their rescue training, the group doesn't head out on the trail without the equipment to help each other or anyone else who might need it.

"The training and stuff that we get benefits not just our searches, but when we're out in the winter riding anyway," says Greg Figg, the president of the club. Recently, on a ride near Trestle Creek, north of Lake Pend Oreille, Figg and another Winter Knight rider came across a kid with a broken femur on a backcountry trail.

While the kid's group had tried to patch together his leg with a makeshift splint that included a snow shovel, Figg was carrying first-aid equipment and was able to make a proper splint. In part because Figg was able to lend a helping hand on the trail, the youth was able to be safely transported to a waiting ambulance.

Over the years, the Winter Knights have come a long way from a small group of friends out riding around in the snow, to a major community asset in the backcountry and anywhere else they're needed. And that's the plan, says Figg. "It's part of our charter as a club to provide these services."

With their training, equipment and ready-when-called-upon attitude, he says the Winter Knights "fill an important need that the county wouldn't have otherwise."

The original print version of this article was headlined "Winter Knights"